Got some interesting traditional angler's clothing you want to talk about.
Post Reply
26 posts

Ive found goretex boots waterproof though they will start to leak as they get older. My current ones arent too bad at over 10 years old
Top

Santiago wrote: ↑Mon Jan 11, 2021 3:47 pm After a days wild camping in Scotland my boots are soaked. After a week they look like they've been through a blast sanding device. Best thing to take is foot powder and plenty of pairs of dry socks, even though they'll be wet within minutes. It's a myth that Gortex is waterproof, well not when in really soggy terrain.

I had a pair of boots once, rated to 180 minutes of water protection. I was in Martindale in the lakes and it was torrential and I swear almost to the minute it was like someone had turned the taps on in each boot. Always carry Sealskinz socks now on long walks after that.
Marc. (Prince of Durham)

“A life that partakes even a little of friendship, love, irony, humor, parenthood, literature, and music, and the chance to take part in battles for the liberation of others cannot be called 'meaningless'...”
Top

The Altberg boots that I used to be issued with were 100% waterproof as long as they were regularly cleaned and treated with Ledergris. Long grass was the worst conditions to walk in. After doing a 1000 metre track in a cattle field or a long hike over moorland the boots needed drying and retreating as the abrasive grass would take the shine and protection off them PDQ. I just wish that I had been cheeky enough to have them replaced just before I left the job instead of being left with two old pairs

But boots vary. I had a pair of leather walking boots for over 8 years and used them regularly for fishing, shooting, beating and latterly on my mole trapping work and they were totally waterproof. When they eventually started to leak due to the Goretex membrane splitting I bought what I thought was exactly the same pair of boots from the same company. They leaked from Day 1 and fell apart after a few months. I recently bought a pair of textile boots that were sold by a large chain as waterproof and my feet were wet within a few minutes of wearing them is short, damp grass.

There is a lot of variation in quality of boots.
Regards, Clive

I'll have to get a pair. In Central America my son wore jungle boots. They don't need waterproofing and actually have holes in near the soles to pump water out.
"....he felt the gentle touch on the line and he was happy"

Nikwax is also excellent or get a pair of sealskin socks which are waterproof or a pair of ex army Goretex boot liners like these. 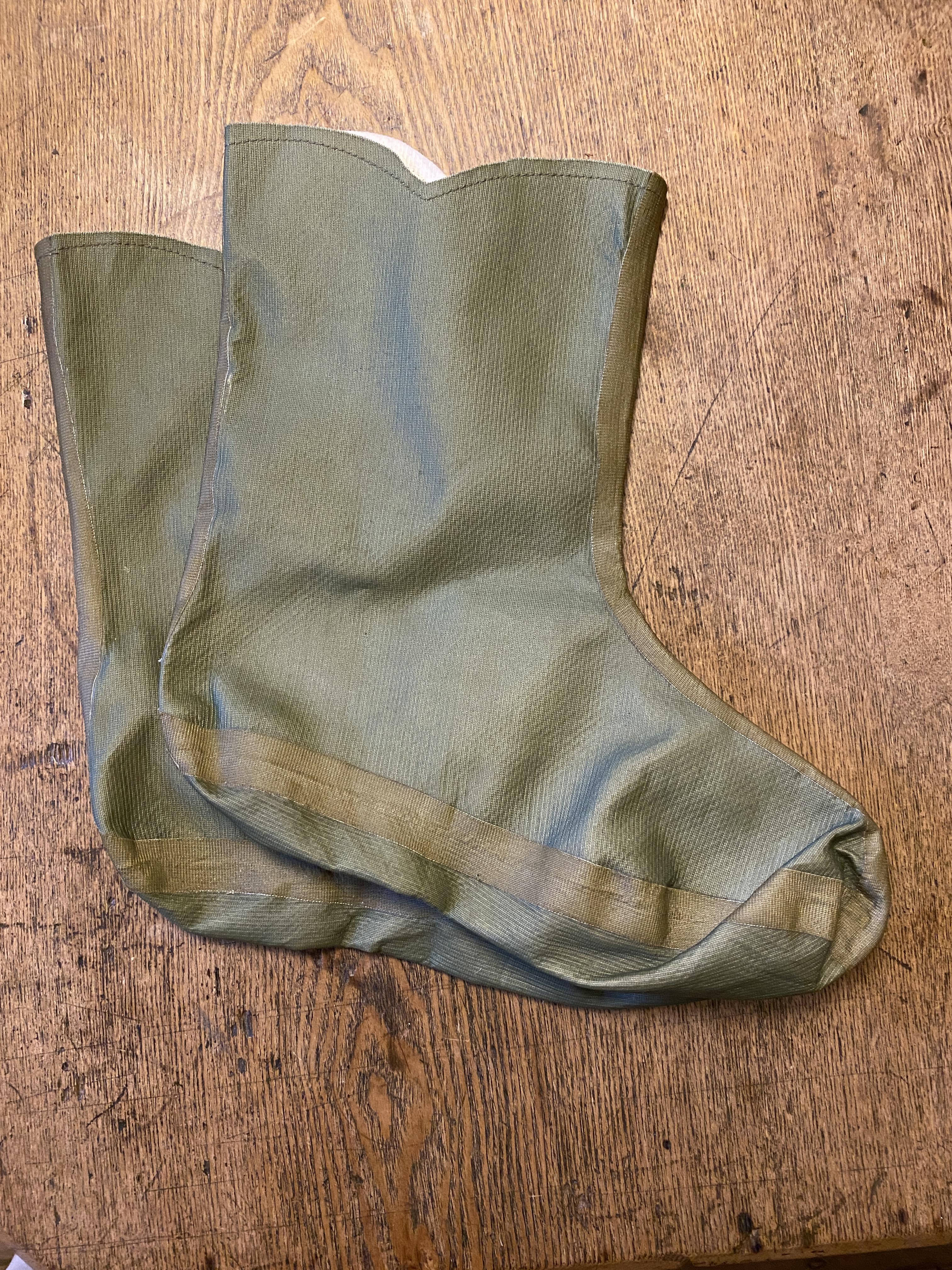 That's a lot of replies. I'll let you all know what I pick and how u get on with it.

"I'd rather be fishing!"