I recently had my eye on a rod on flea bay that was poorly described but looked like something that could potentially be a willing addition to the project list. The only issue was that it came with another couple of rods in a bundle but I thought that they could be used for spares.
I won the auction for less than £30.00 which I was more than happy with. When the rods arrived I was pleasantly surprised to find that the rod I had initially been interested in appeared to be unused, a Sealey Strikerite, so all good. One of the others was a tatty Spanish reed and split cane roach rod (edit. Hillwards Avon Rex) that is in good structural condition but will need of a total overhaul so will go in the stash for later.
The third, which I had hoped was going to be interesting underneath the layers of old varnish and dodgy whipping, is marked J Ogden Smith on the butt cap. It looks like it could be a three piece spinning rod? approx 9'3" long when assembled, a very steely action and in rather good condition apart from a delaminated tip, which hopefully has now been sorted.
I have gone through all the posts on here trying to identify it and noted that there is a chance that it could be an Ogden Smith but using obsolete furniture from the J Ogden days?
Does anyone have any idea as to its identity please? 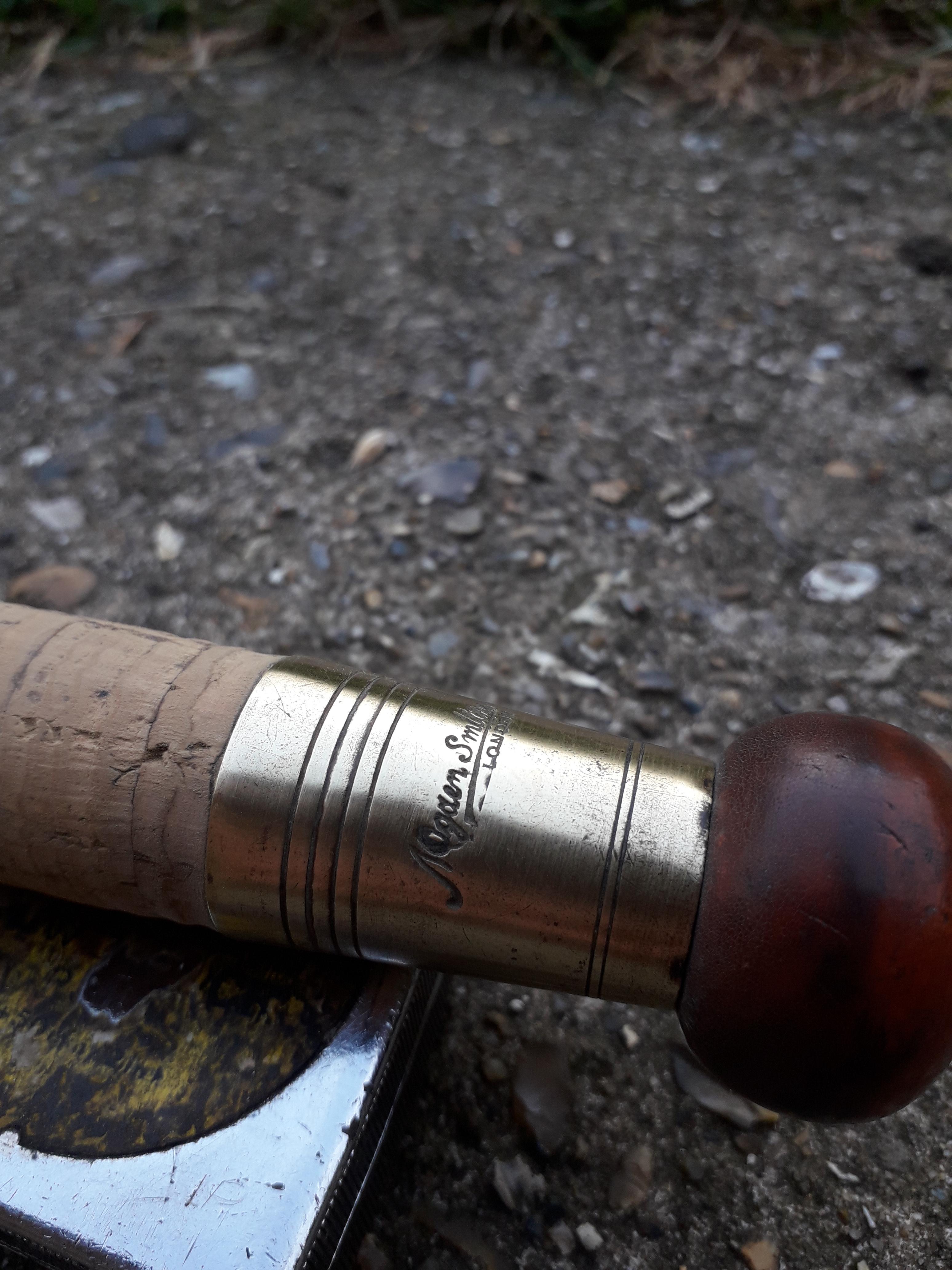 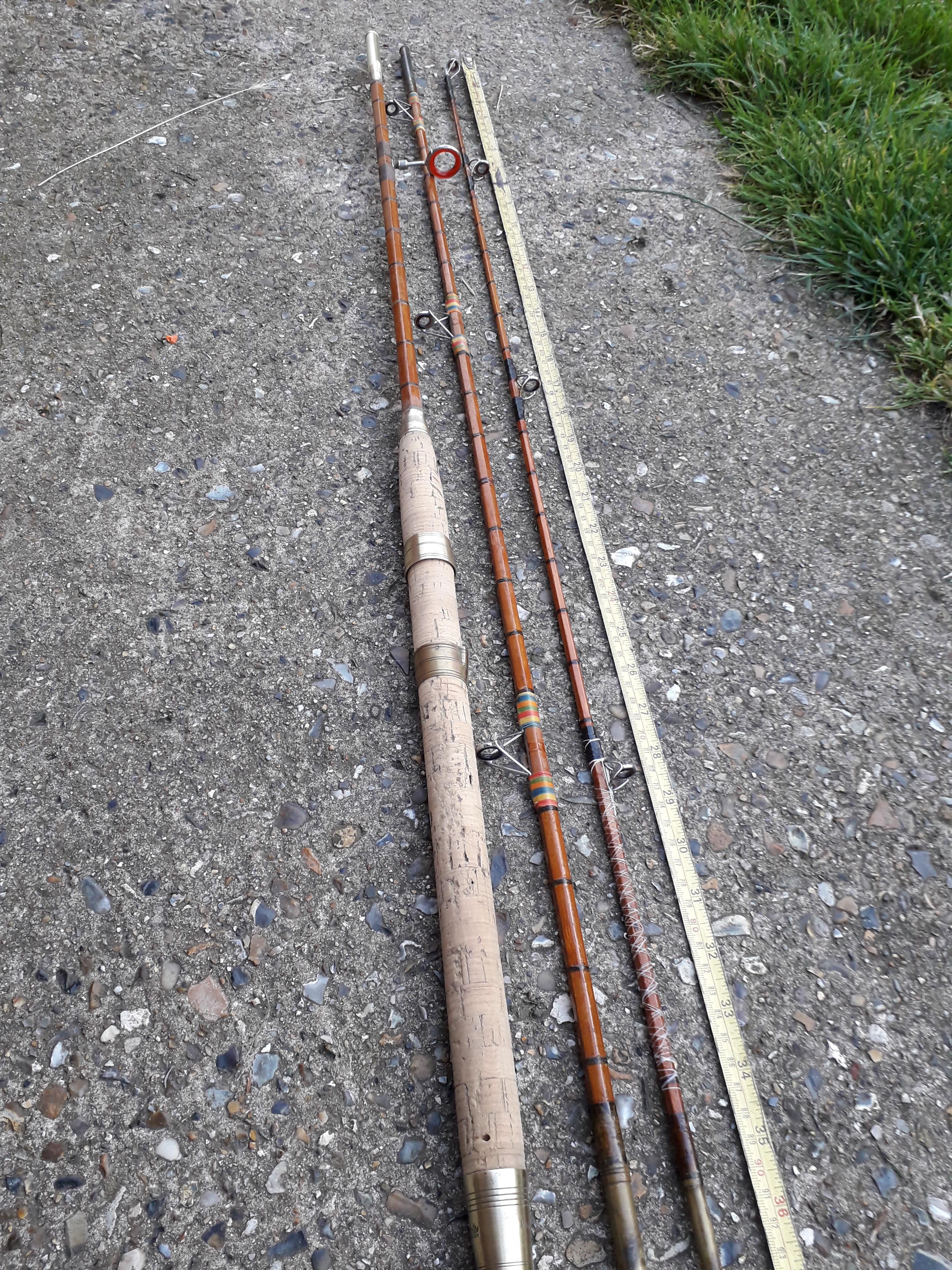 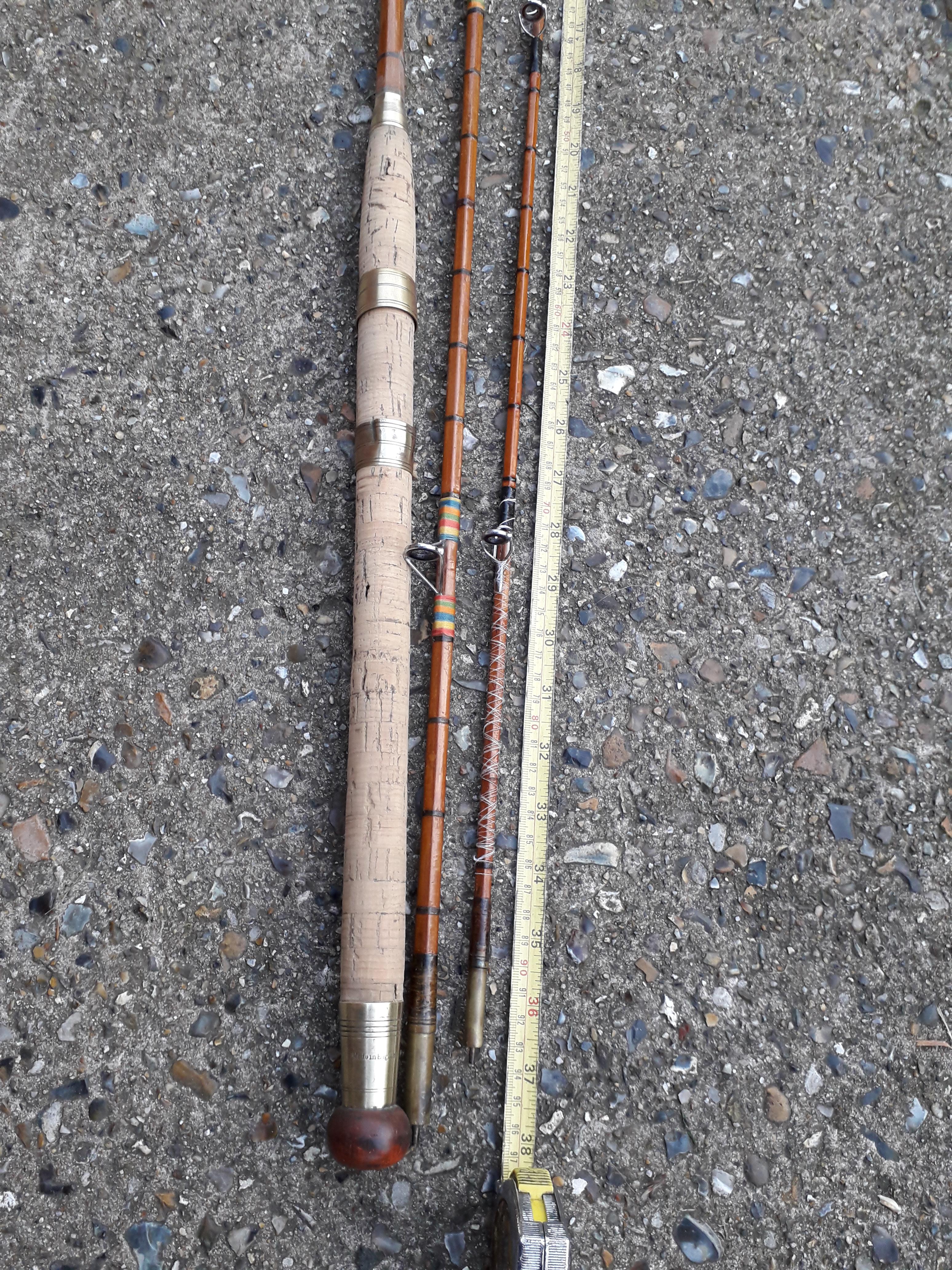 There maybe an inch missing off the tip and there is a funky mixture of agate rings throughout the rod but it looks like it could have potential.
Top
Post Reply
1 post • Page 1 of 1