A forum to show any of your restored or built traditional fishing reels.
Post Reply
9 posts • Page 1 of 1

and promised to make some pictures from them when done so here is the first one that i finished
The reel was covered with a layer oxide that i removed with fine sanding paper first and after that i used Scotch brite and brasso to bring a bit off gloss on the reel :-) made acrylic handles for it and the reel come out very nice.
The other reel have some more problems, a broken rim and the spool does not fit on the back plate, the pin is a halve cm to short so i think the spool is from a other reel, for that i try to make a new pin for it to make a complete reel again and i try to do some repairs on the broken rim on the front plate or make a new front plate for it on the lathe and will post the results later 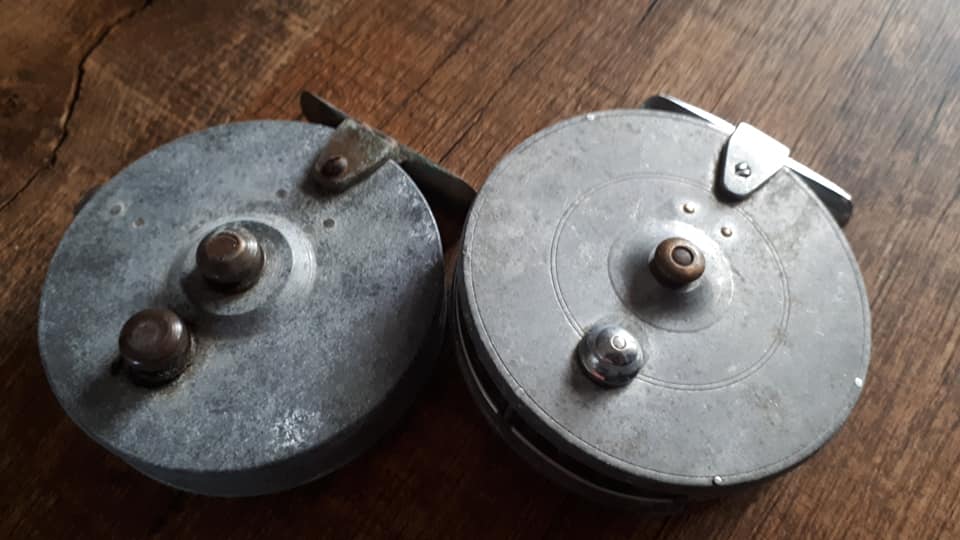 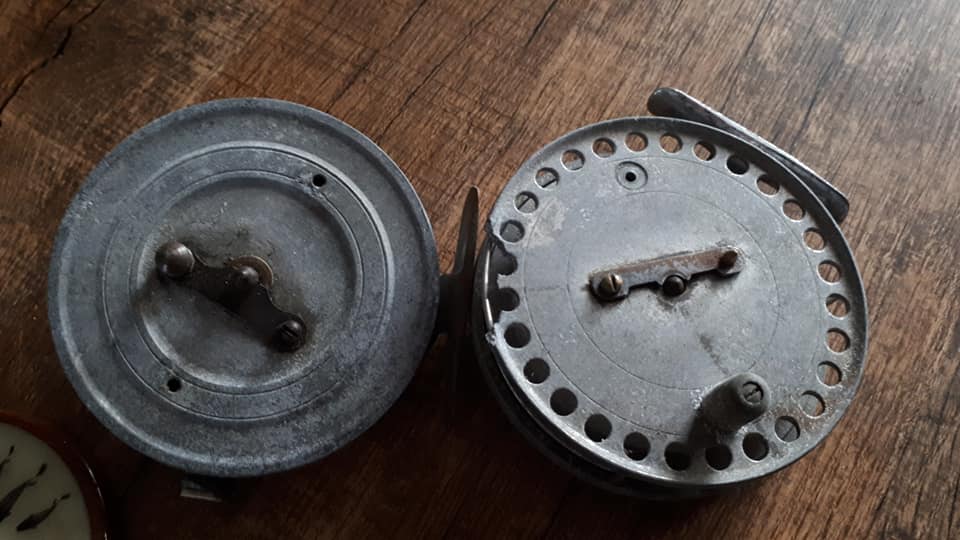 The reel on the left side i refurbished 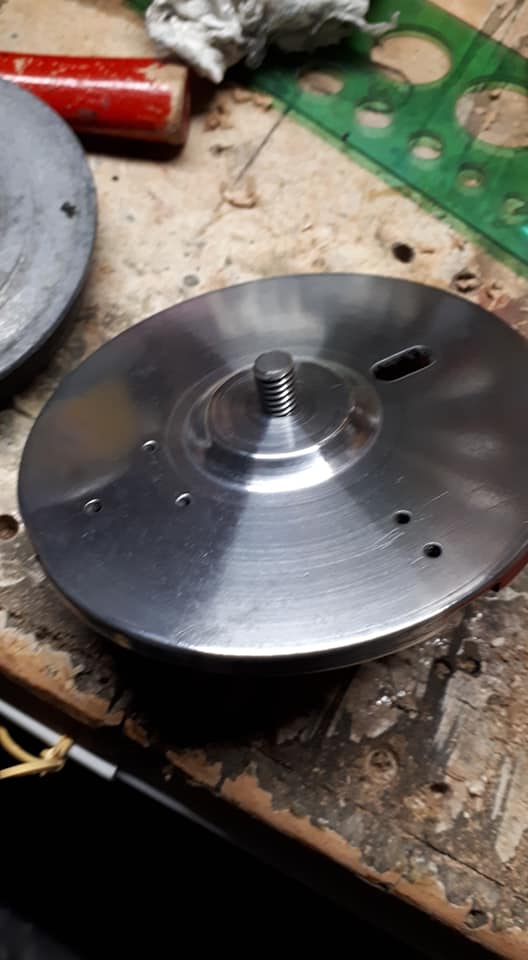 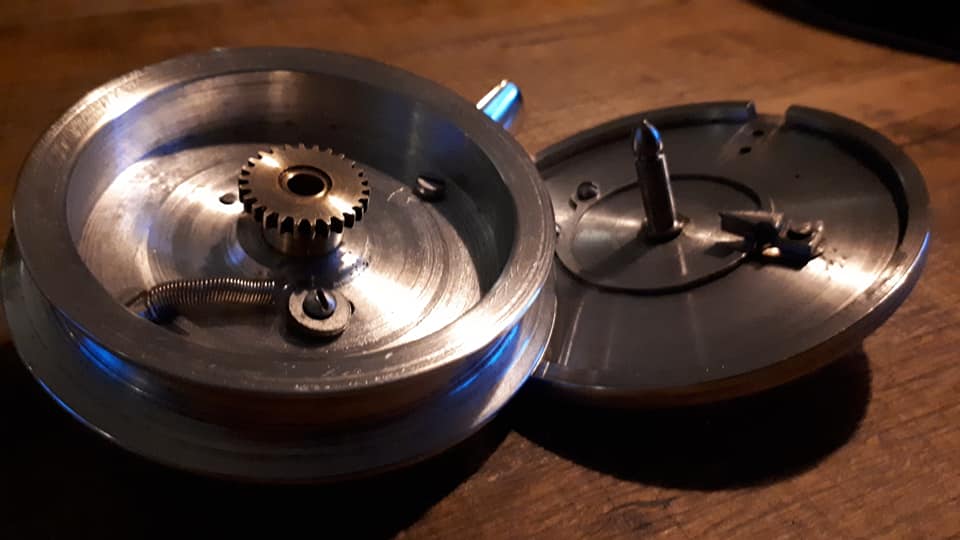 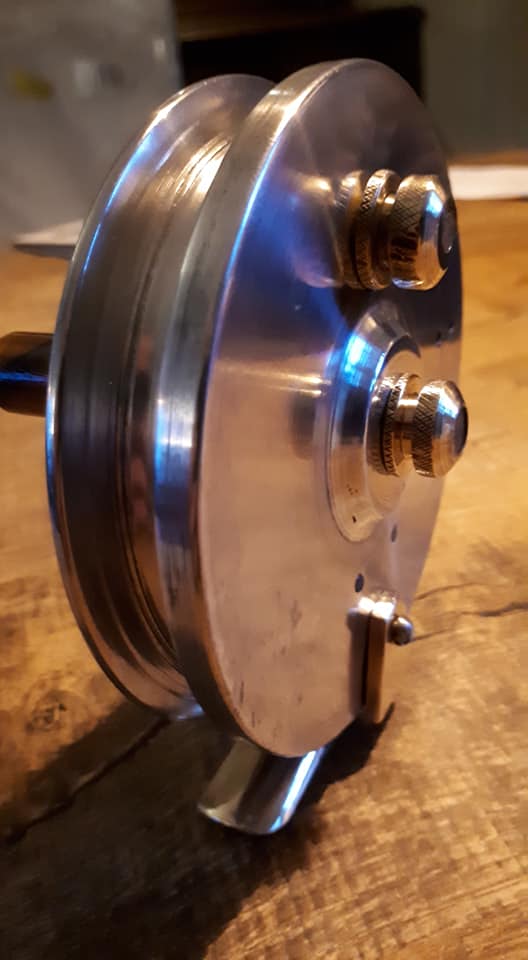 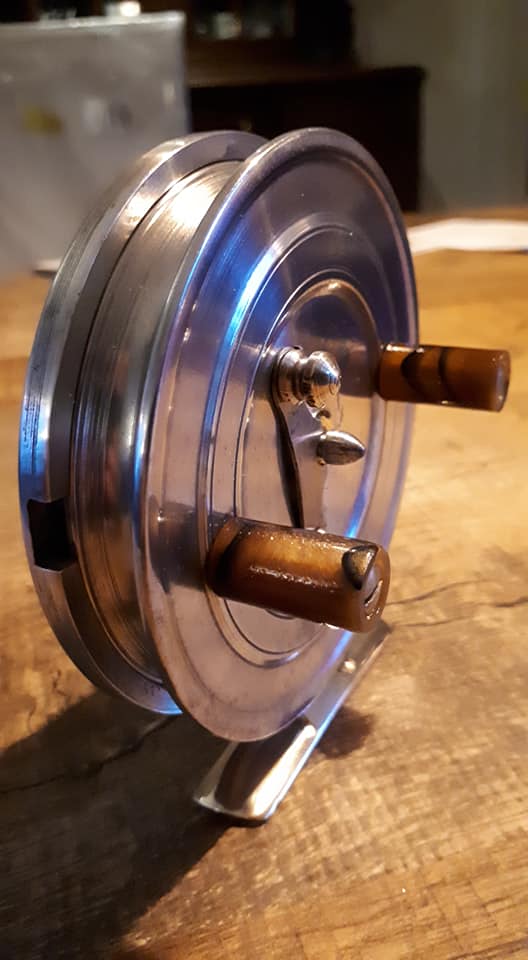 Absolutely wonderful Evert, Fredline just will not believe it - but then again he probably will.

That looks wonderful Evert. I have 2 Homer’s, one I purchased from Fredline, and love them. Did you make a new bush to solve the notorious Homer Wobble? I’ve yet to see a Homer Flick ‘Em without it!

Phil
From "... the wilds of the Wirral, whose wayward people both God and good men have quite given up on ...".
Top

I have seen them for sale on that website looking like that! I didn't realise they could look like that!
Really well done. I am amazed.
Dave@ Hastings
Top

Evert strikes again with yet another stunning refurbishment

"Fishing is not an escape from life, but often a deeper immersion into it..."
Top

Fantastic job Evert, I knew you could do something with them.
If you have no grease with you, and your rings are full of ice, do not cut out the ice with a pen-knife but get your man to put the rings one by one in his mouth, and so to thaw the ice.
John Bickerdyke.
Top
Post Reply
9 posts • Page 1 of 1