Just built or restored a cane rod or need some advise then let us know in here.
Post Reply
14 posts

Personally I would leave it alone, but if you want to have a complete decal why not whip out the ink and paints and fill in the gaps. It is not difficult and the end results can be surprising.
Last edited by Fredline on Mon Dec 31, 2018 10:12 am, edited 1 time in total.
If you have no grease with you, and your rings are full of ice, do not cut out the ice with a pen-knife but get your man to put the rings one by one in his mouth, and so to thaw the ice.
John Bickerdyke.
Top

The problem here is...and it's one we've discussed before...these labels can be used to say a rod is a particularly sought-after one. B.James is the perfect case in point.

An early James MKIV, with a 'built to endure' transfer is probably worth double that of a later rod...mostly because of whom they out-sourced the cane making to. Bob Southwell over in Croydon. One with Dick Walker's signature or that of Jim Bruce senior...maybe ten times!

My personal opinion is that any replica transfers should contain deliberate faults so that no fraud could ever be perpetrated using the transfer as provenance. Like my nine-tentacle Edgar Sealey Octopus transfer

Others feel a rod should bear its damaged transfers with honour...that they are part of the provenance themselves. I do feel that perfectly restored rods look a little daft with a tatty transfer. To my mind it clashes with the restoration...but then restoration can make a rod look different to what it ever did before...new or old. just look at the quantity of varnish going on rods today!

I'm sure it would be possible to knock up a replica with a similar font to a B.James transfer and there are 'handwriting' fonts out there, free to download, that replicate a true example of penmanship.....the one called Aero springs to mind....
}<)))'> Nobby

Further to Nobby’s post I too view the production of “replica” decals with a bit of trepidation.

It is also unfortunate that there are literally thousands of kit built MKIV’s out there which would increase 4 or 5 fold in price with the addition of a decal of the correct type.

Now I’m not for one minute suggesting that this is the case with the original posters friends rod, but the question is: would I be happy putting out a decal into the general public without any control on where it could end up and the answer unfortunately is no.

I make my own decals for rods. Indeed I have made a B James decal for a early Avocet.I did it after a lot of detective work to identify the rod, including expert verification and made the complete renovation including the decals public on line so it can easily be traced. It’s also been picked up by google bots so appears generally online. As per Nobby’s post it deliberately isn't perfect, in fact it is perfect and that's what Identifies it as a reproduction as the originals are screen printed in the old fashioned way and are blurry when seen against one using modern printing techniques. I resisted blurring mine. I also did not include the making of it as part of the write up on here as a precaution. The forum is open to non members to view. 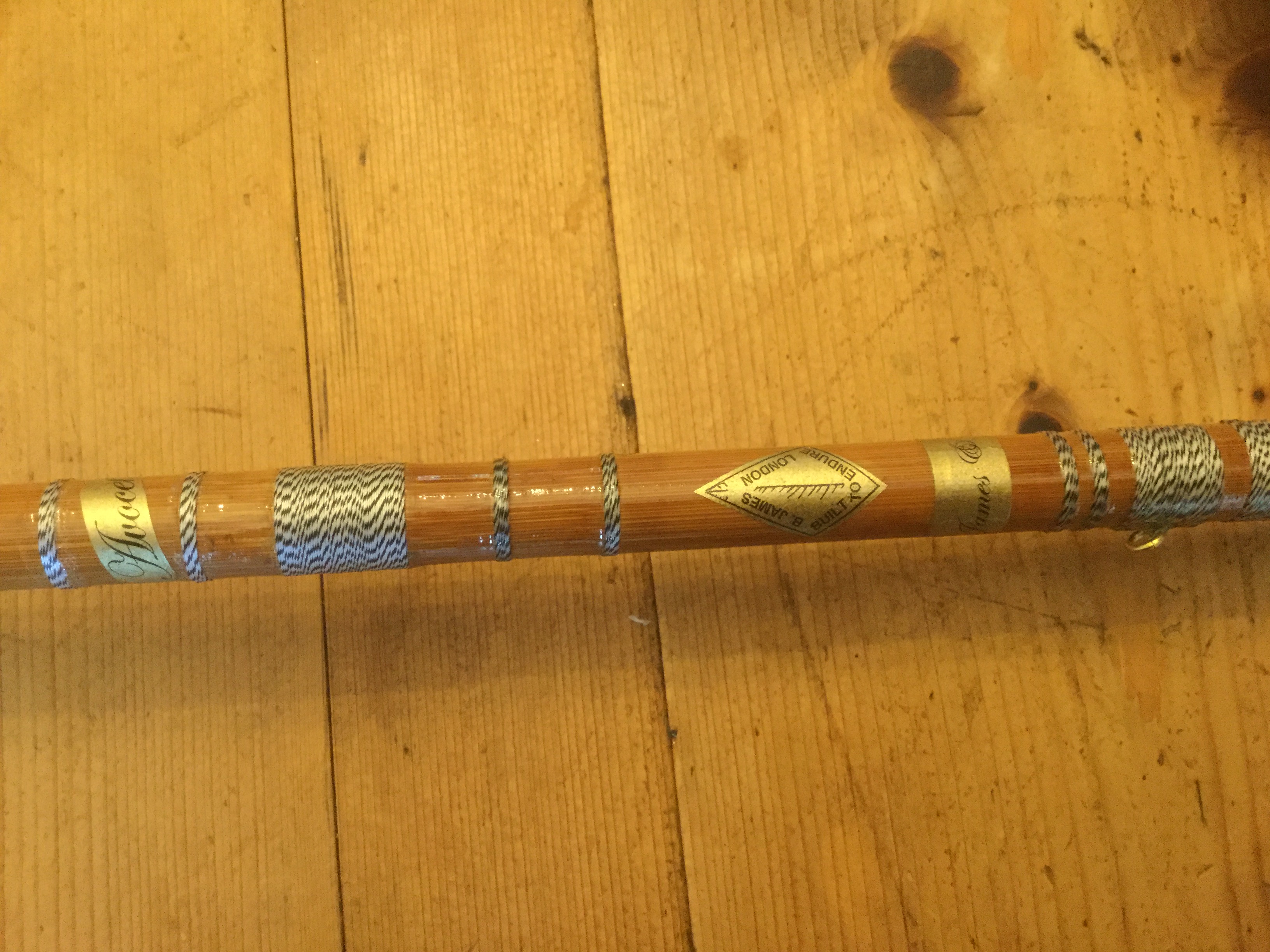 Ps: the early B James name on gold banding is a different font than the later style which went directly on the blank without a background.

A B James MKIV and decal and Walker signature isn’t too hard to reproduce using old fashioned pre digital methods. But once the genie is out of the bottle it is very easy to print off 100’s in few minutes with home technology so I think it is best kept in the bottle with the stopper firmly in place.

I know the ethos of TFF is to help fellow traditionalists wherever possibly, but you have to be comfortable with what you are assisting with.

I totally agree - you may buy a fake - a rod with a new sticker/logo/etc - sold as the real thing by an "entrepreneur" at an exorbitant price.

Not everyone know everything about all rods - so we all hope our next purchase/gamble is a very rare rod!

Hence leave as is - it shows it is a true rod.
Top
Post Reply
14 posts