For the love of Rudd.

This forum is for discussing rudd.
Post Reply
33 posts

Catching frogs and newts from the canal

Ice cream 99 cones with the chocolate flake in them

Short pants and scabs on knees the size of half crowns.

First sight of a golden fish with vermillion fins - instant hero worship from ones peers as you become famous in your small world. 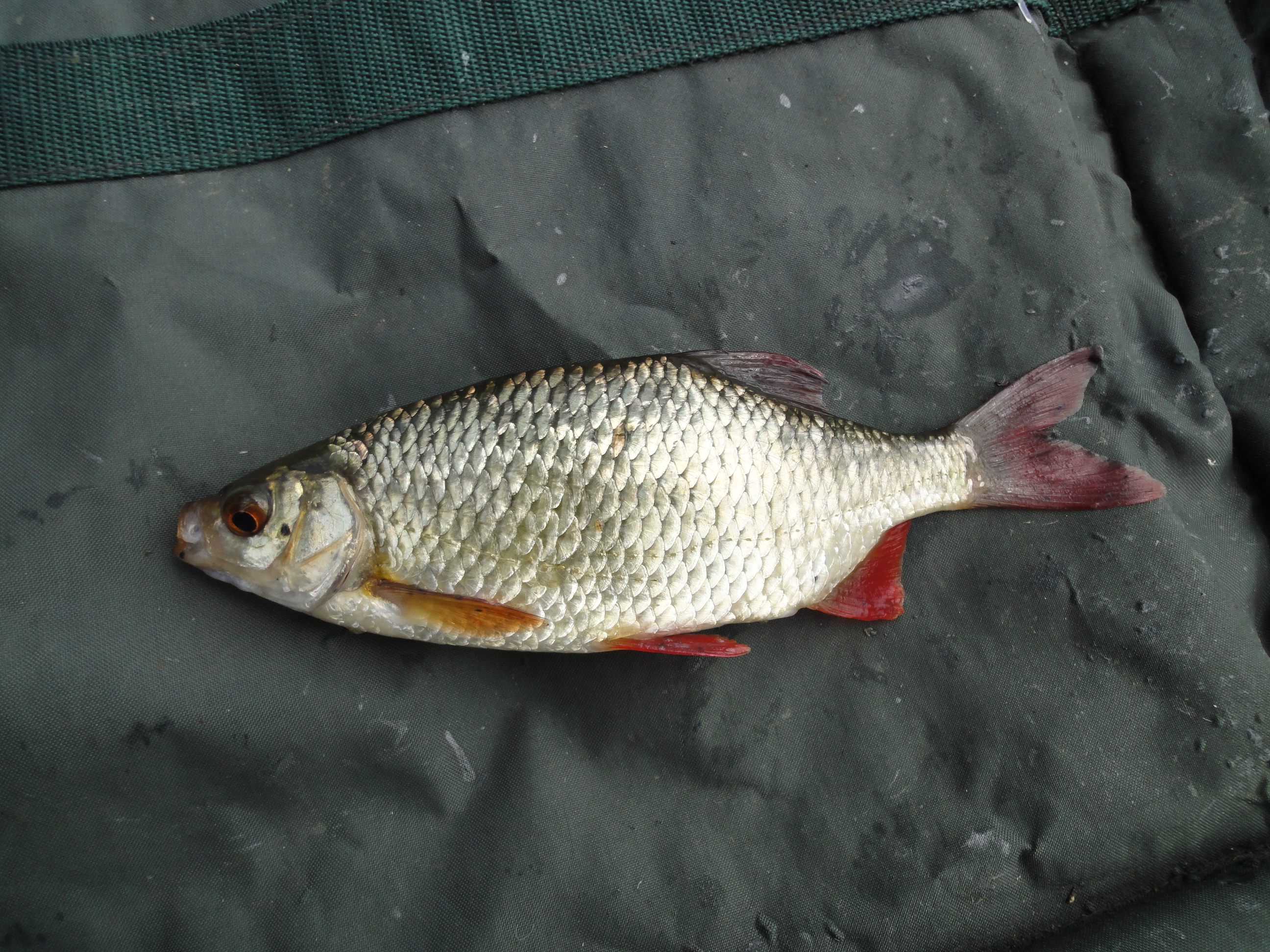 It's a good life isn't it

Thanks NN, you just took me back 50 years...and you're right, life is good

Fifty years is about right for me too. The second fish I ever caught (a tackle tangling eel came two weeks earlier!) from a little municipal boating pool on the Swansea foreshore where the tyro fisher boys were in constant conflict with the equally inept rowers on the sunny weekends we seemed to have back then (even in Wales!) I was prompted to write this because I was there this morning at first light breathing the salt air amidst a cacophony of waking gulls. By nine'o'clock my old pal Peter and I had caught several modest but handsome tench from the now very weedy and shallow pool and of course to close the circle some greedy little Rudd bless their hearts! It left me with a warm feeling of continuity, past and present segueing effortlessly.
Top

Life is Good......when spent fishing for the fish you like

Rudd, Roach, Tench, Chub, Grayling, Perch, the older this Mole gets the more he wants to spend time with his favourites: Rudd just make an old Mole very happy and it would seem others too!

One of my favourite times ... a warm summer's afternoon ... the few clouds there are sailing by on a gentle breeze ... catapulting out a few gentles and casters ... followed by flicking out a light weighted float, with no shot below it ... a single bait on the small hook, tied to the delicate line ... and feeling it being 'hit' on the drop by a rudd ... the light 'match' rod tip arcing as even the smallest of tiddler specimens as the pin is delicately 'batted' in ... and the smile on my face as I unhook and return my quarry to it's home.

As other's have already said ... Life Is Good.
"Beside the water I discovered (or maybe rediscovered) the quiet. The sort of quiet that allows one to be woven into the tapestry of nature instead of merely standing next to it." Estaban.

The home of lots of Rudd: It would be nice if some of you showed the waters you fish.

One of the great joys for Fatty is that Rudd can be caught on dry fly......they particularly like French Partridge Mayflies Hopefully some will respond with some more splendid Rudd and their homes. 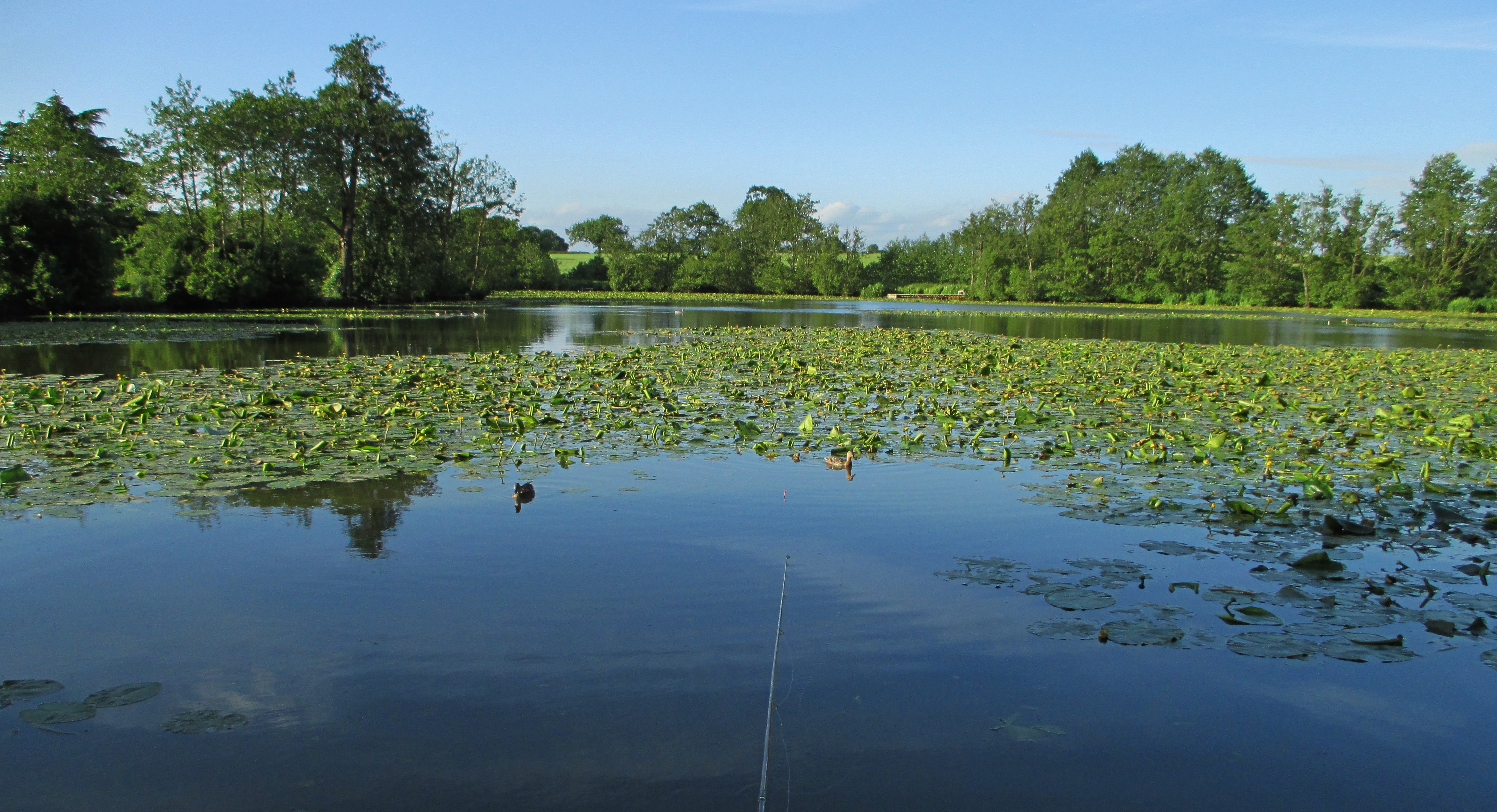 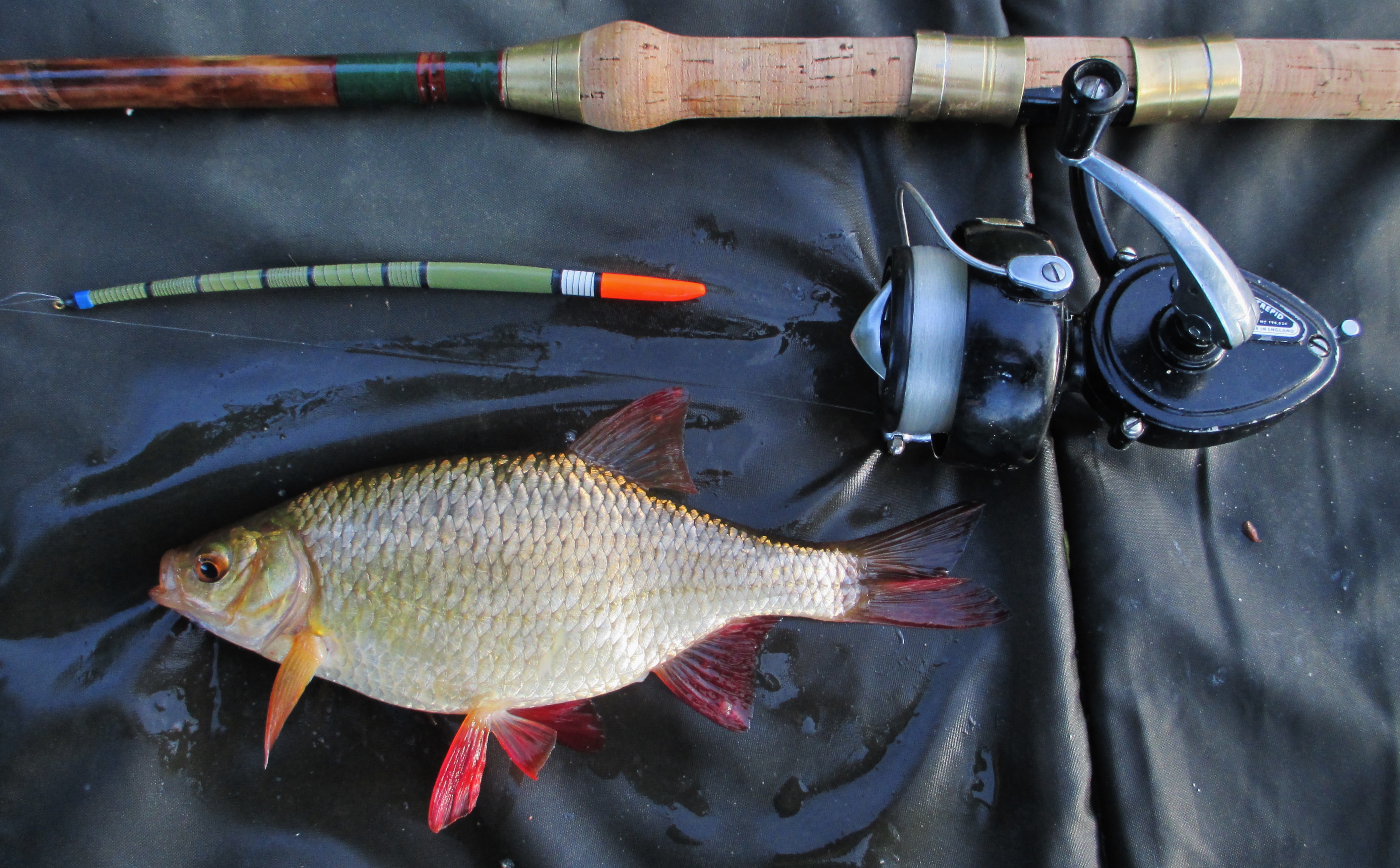 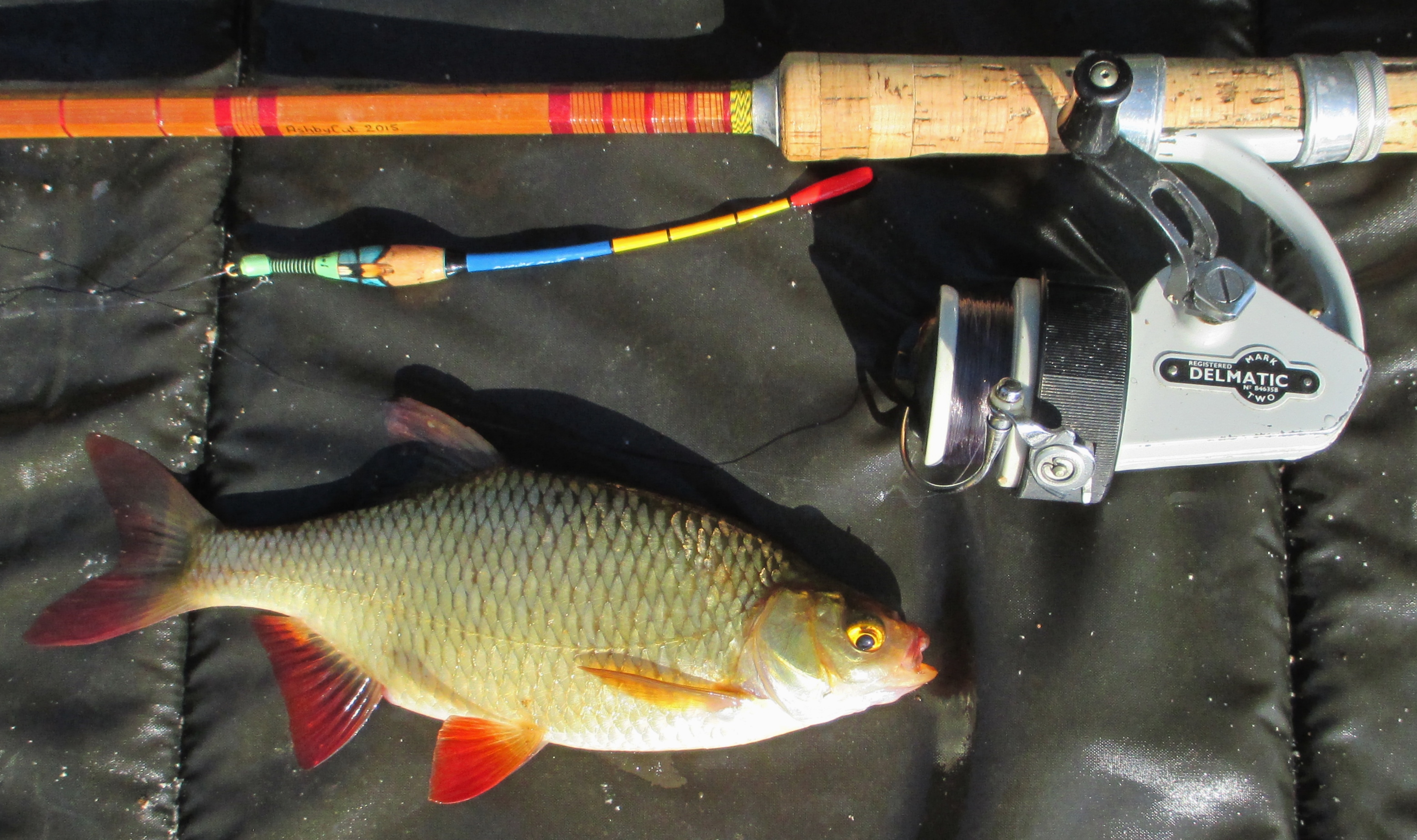 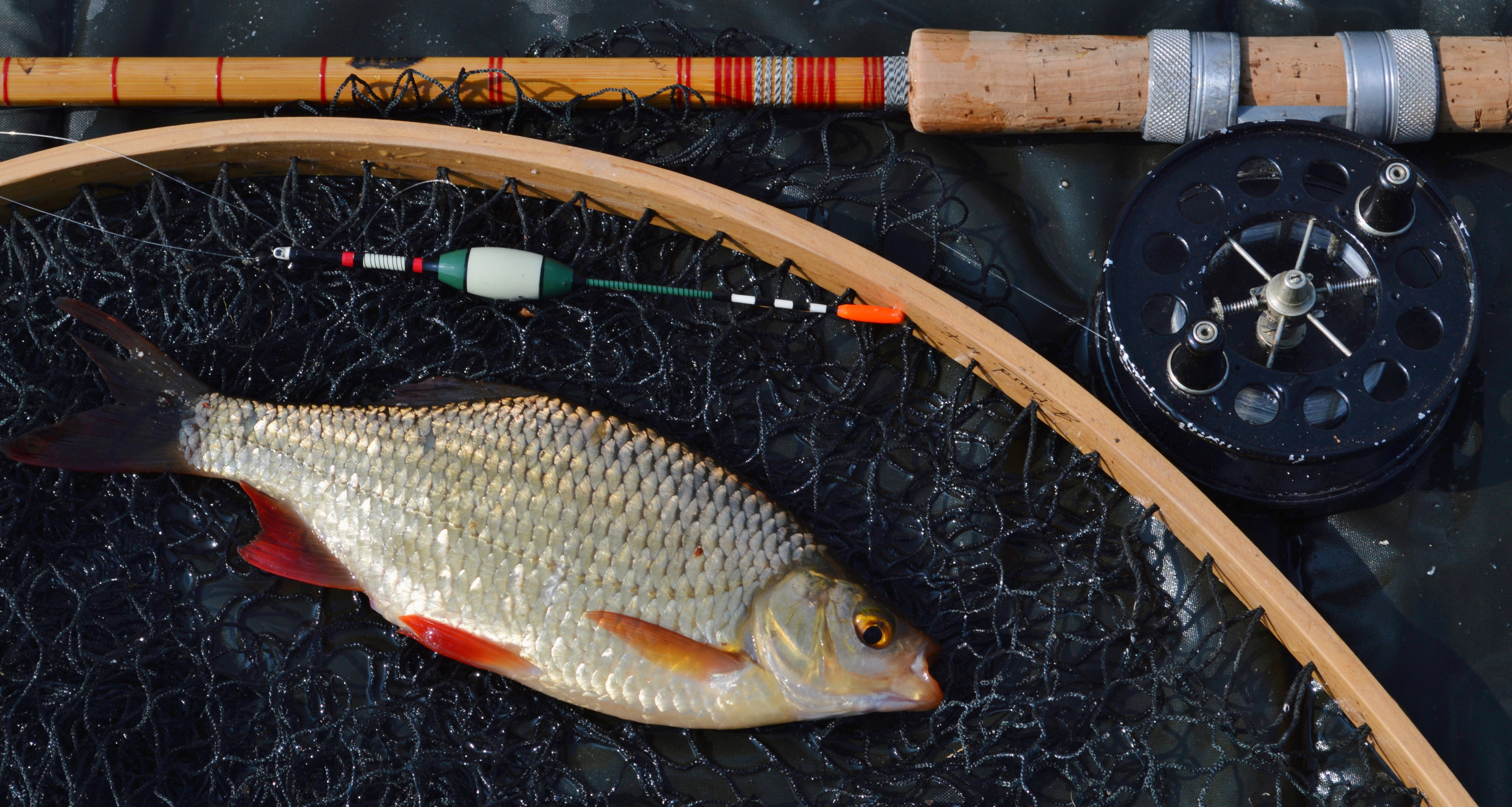 "Beside the water I discovered (or maybe rediscovered) the quiet. The sort of quiet that allows one to be woven into the tapestry of nature instead of merely standing next to it." Estaban.

The Mole caught this nice rudd from an extremely well known carp water, causing some of the residents to start frothing at the mouth The carpies became positively abusive when Fatty demonstrated what wonderful fishing they were missing out on, by being so singularly obsessed, when four more stonkers came ashore

When the Mole demonstrated his pie eating, tea slurping and singing skills as well......he was asked to leave

Asked to leave? Do they know who they are dealing with? Set Matron on 'em

Oh, and what a pretty rudd, Moley. But aren't they all?
Top

Oh, and what a pretty rudd, Moley. But aren't they all?

As the Mole gets older it is totally unexpected, but his love for rudd in the Summer and roach in the Winter has become more profound Garry.

It's not the more spectacular carp or barbel, nice as they are but these two that have defined Fatty as an angler.

Rudd are such spectacularly wonderful fish to see up close, with the larger specimens, jaw droppingly immaculate. It is such a shame that they do not command more respect because the present situation of every Stillwater in the land becoming dominated by the blanket stocking of carp, really is affecting the smaller piscine species......with rudd waters becoming worryingly scarcer.

Perhaps if a Rudd Conservation Group could become established more could be achieved. The Mole, for it is he, does wonder if TFF members, along with other interested anglers, might be interested in doing just this

Something like this must surely readdress the parlous state of traditional Rudd Lakes.....or at the very least publicise the fact that if nothing is done in the very near future rudd, alongside others will no longer be a part of the British Fish Lists.

Yup,Rudd float my boat too.waters that hold good Rudd are pretty rare round these here parts but the canals have plenty of the nippers with the odd monster to around 10oz.
Don’t cast doubt,cast out.
Top
Post Reply
33 posts