This is the place to discuss the fishing baits.
Post Reply
7 posts • Page 1 of 1

With the season finished I ended up with half-filled bags of mice-nibbled ground-bait everywhere, so I’ve decided to mix them all up and create one great big mix of spicy, fishy, meaty, hempy, bready ground-bait!

Trouble is, if it turns out to be the greatest fish attracting mix, with bow-waves tearing down the lake in my direction, I’ll never be able to repeat it! 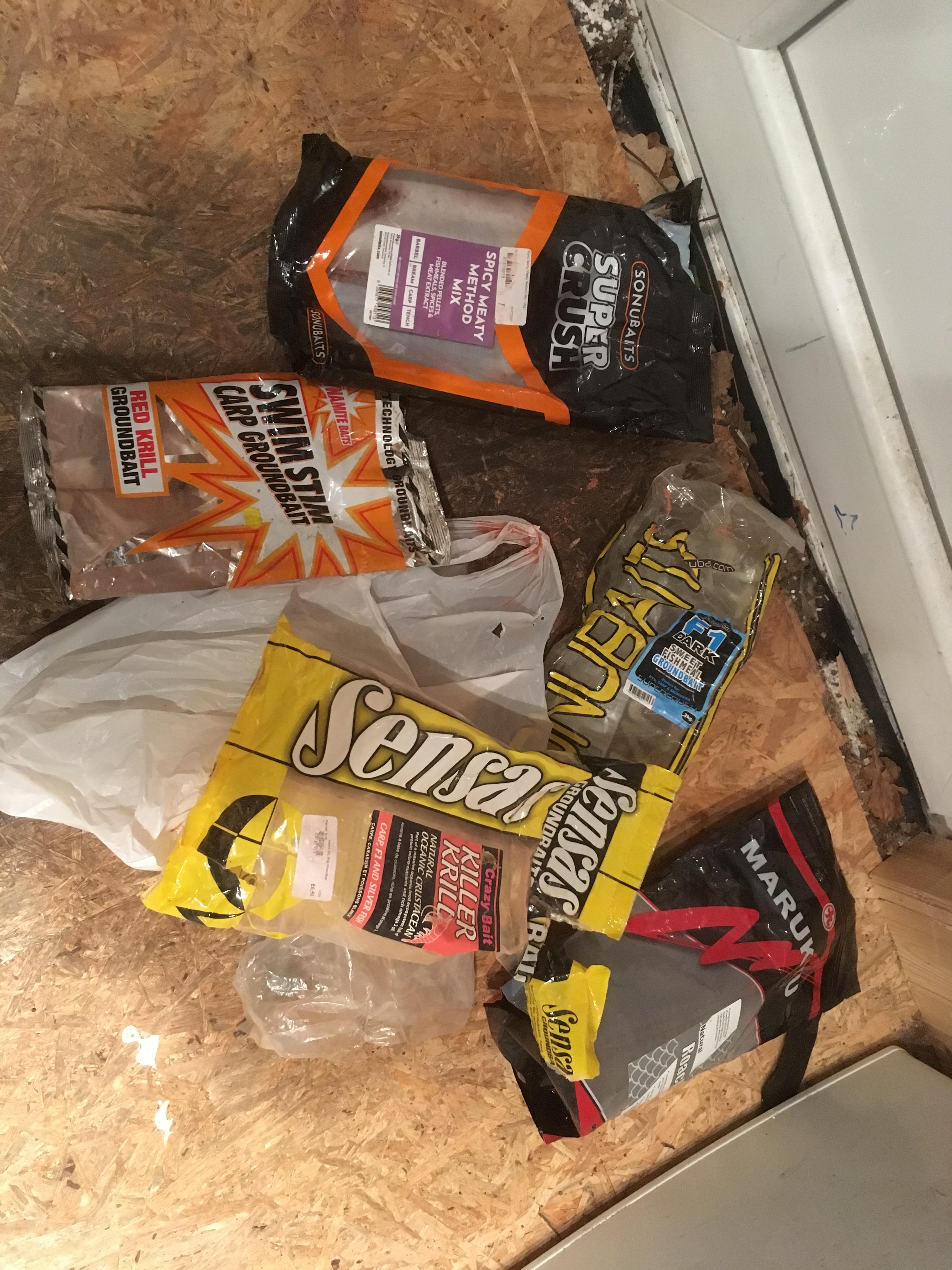 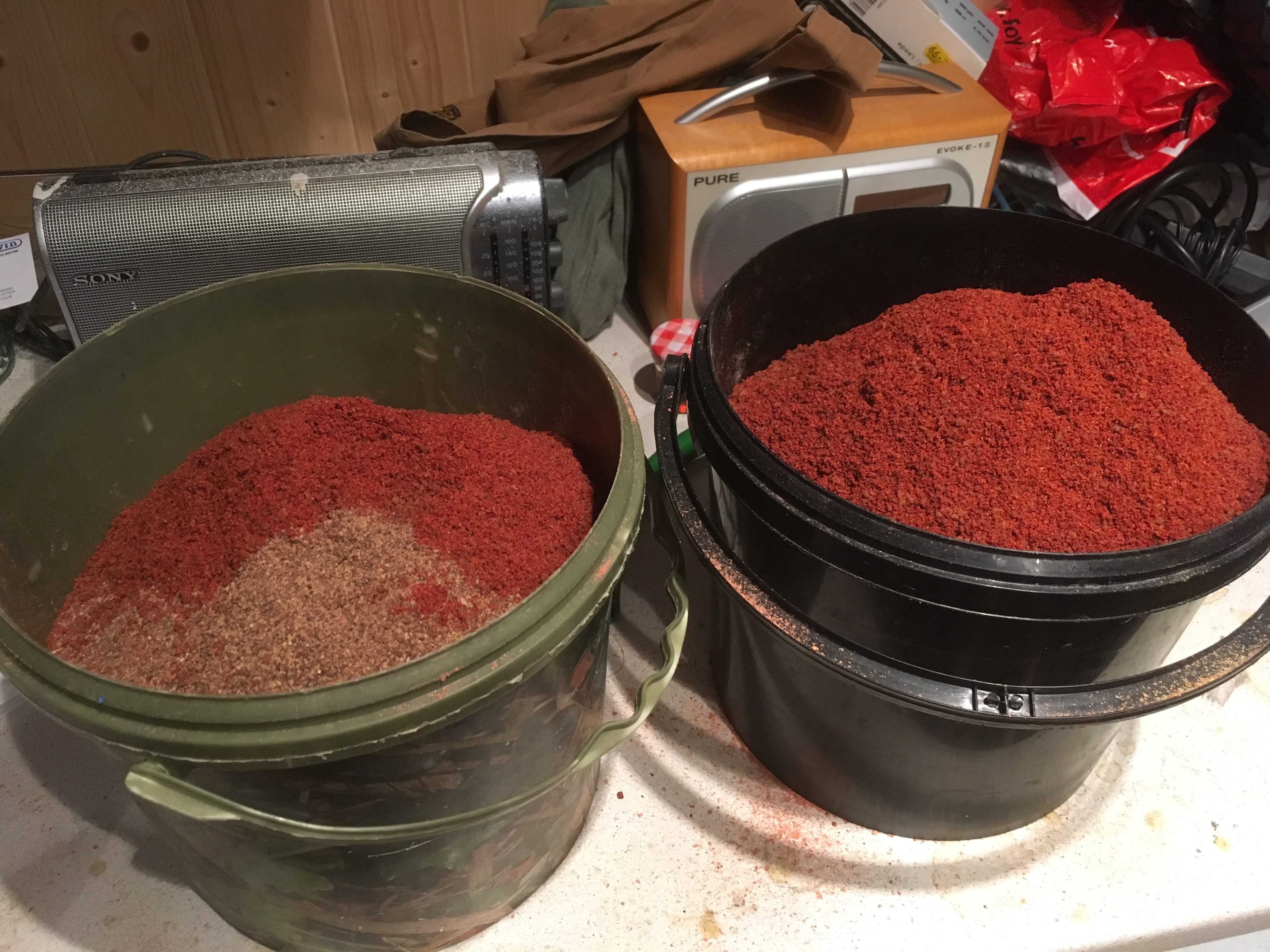 That looks a heady concoction Phil... I bag mine up into the small freezer bags and it does for a short session.... I've taken to using a measuring cup and making a note of each mix so it can be replicated should I need another identical batch...

Addendum... you'll struggle to find Maryuku groundbait in the future as they have pulled out of the UK citing poor sales and the dreaded 'B' word
Just one more cast love, and I'll be on me way home

It seems to me that all flavours work to some extent sometimes. Its just that we don't necessarily know what flavour will work on any particular day.
Trouble is, the fish just don't read the books......
John Harding
Top

How many radios can one man need in his tackle shed?

I also have several opened and nibbled bags Phil, I was thinking of binning them but now.....
http://daveburrsblog.blogspot.co.uk/
Top

Don't bin anything Dave - the fish are not looking to eat in a Michelin starred restaurant every day....
Trouble is, the fish just don't read the books......
John Harding
Top

I used to mix my own ground bait, with ingredients bought from a company in Suffolk, but they disappeared off the face of the planet

, it consisted of Brown bread crumb and crushed hemp, with some of their own red ground bait, in equal measures, it worked a treat where ever I went. I tried to replicate it but never got it right again, so it must of had something to do with the red ground bait, which did have a spicy smell to it.
Now at the end of each season, I give the ground bait left over to the son, and he takes any pellets to feed to his koy carp, who seem to love them.
When I was younger I had a mate who used to make our ground bait, he was a trainee chef, so he would bring home any left over bread, which was then cut into cubes, put on trays and hid under our beds to dry

he would then put it through a mincer to crumb it, then mix in sausage meal (you can't get the old type of meal now) and Ox blood, and Tench went mad for it. Now there are so many different types, I'm surprised that some university hasn't awarded a degree in ground bait identification

An old man, who's only pleasure left in life, is sitting by some water, fiddling with his maggots?
Top

There’s a certain satisfaction in making ones own ground bait.when I made my own,it took a good few hours,from toasting the fresh bread,crushing it and adding what I thought”wid work”ha and learning what they didn’t like the hard way.
Don’t cast doubt,cast out.
Top
Post Reply
7 posts • Page 1 of 1