Do you know of a good traditional fishing tackle shop, past and present.
Post Reply
7 posts • Page 1 of 1

Just having a rummage and found this. Must have been given to me when Steve (Snr) collected some of the fishing baskets from my Dad in the late 50's to early 60's. 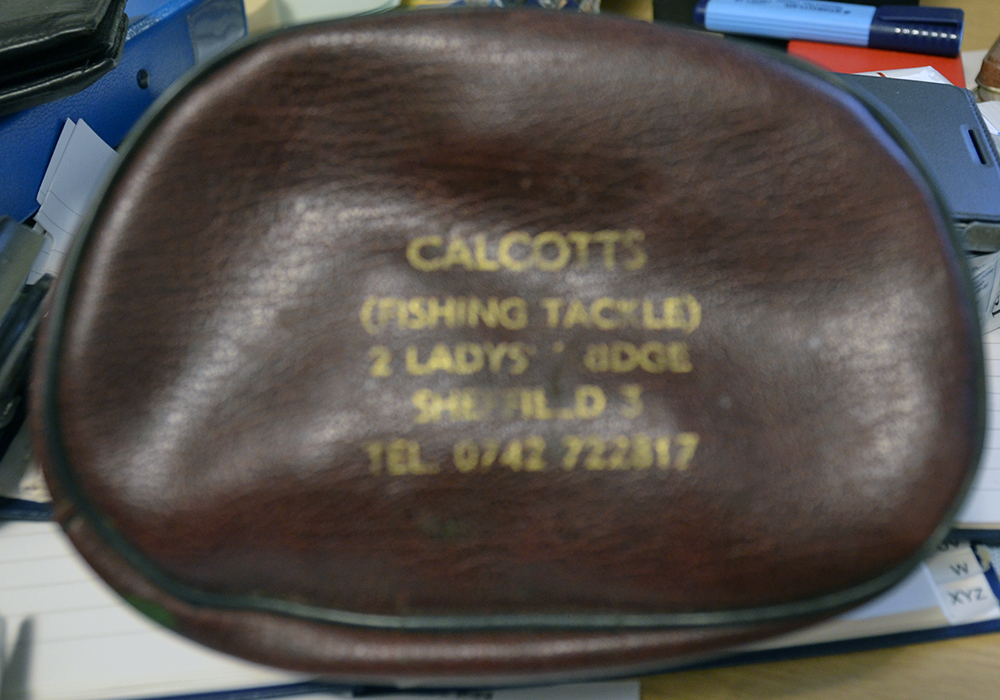 Question - I know that Steve Jnr moved to near Bennetts, but anyone know if he is still ailve? Eric Thackery was another of my Dad's clients, anybody got a 1950's to early 1960's SAA book, with the committee inside, they could scan, might bring a few memories back as to who visited us.

I have one somewhere in the garage Peter

Bendsomecane
http://bendsomecane.blogspot.com/
By the grace of god a Yorkist
Top

Calcotts also used to have a stall on Barnsley Market on Saturdays. You could always find your way to is as they had a keepnet on a long pole that acted like a flag. After they had packed up around 5:30pm we used to scrounge all the stuff they had left behind. There was usually plenty of sea hooks and sometimes we would find floats or spinners that had dropped off the stall or fallen between the boards.

When I visited their shop in Sheffield the owner's son was often sat on the floor with a short spinning rod and closed face reel, an ABU I think. He used to cast the rubber plug that came with the reel down the shop aisle then wind it back erratically with the shop cat in hot pursuit.

They used to sell Ernie Stamford swing tip rods and you could also order extra top sections with screw in end eyes or whipped on swing tips of whatever design you wanted and they also did what we called "Donkey Tops" which were the forerunners of quiver tips. Given the dire state of the Barnsley fishing tackle shops in the 1970's we often used to hop on the bus to buy tackle at Calcotts.
Regards, Clive

Thanks Clive,
I liked Steve, especially with his thou and thee local dialect
Top

He must have got that accent from his days on Barnsley Market. Normally we refer to Sheffielders as 'Dee-Dahs'

Seek and you will find:

Eric also used to have my fathers wicker baskets - he was a fishing tackle shop owner.