Do you know of a good traditional fishing tackle shop, past and present.
Post Reply
37 posts

Excuse my ignorance but it's opening again as a tackle shop (which sounds obvious from the picture). But I'm always wary on April Fool's day!
Where the willows meet the water...

Tengisgol wrote: ↑
Mon Apr 02, 2018 9:12 am
Excuse my ignorance but it's opening again as a tackle shop (which sounds obvious from the picture). But I'm always wary on April Fool's day!

No not opening as a tackle shop, it,s now a residential property but the new owners kept the old shop name.
Top

It's a bit of a shame as under the sign featured on the Fallon's Angler cover the owner discovered an even older sign, it was wonderful, they should have simply sealed it and kept it as is. Saying that the young couple who now own the property are very pleasant and kept the front as they understood its important to many locals.
http://thetuesdayswim.wordpress.com
Top

I could describe the inside of that shop to you as if we were standing inside it. Funny how you can remember these things from a long time ago yet I can't properly recall what I did yesterday! Do you have a reel bag with their details on Roachtench (I do!) or was that memorised?

I specifically remember going in and waggling a Shakespeare Match International travel rod, brown with white finish to the whippings! Didn't buy it though...

But do you remember the outside, and could the people in the photo be the owners or the staff. ?????????? 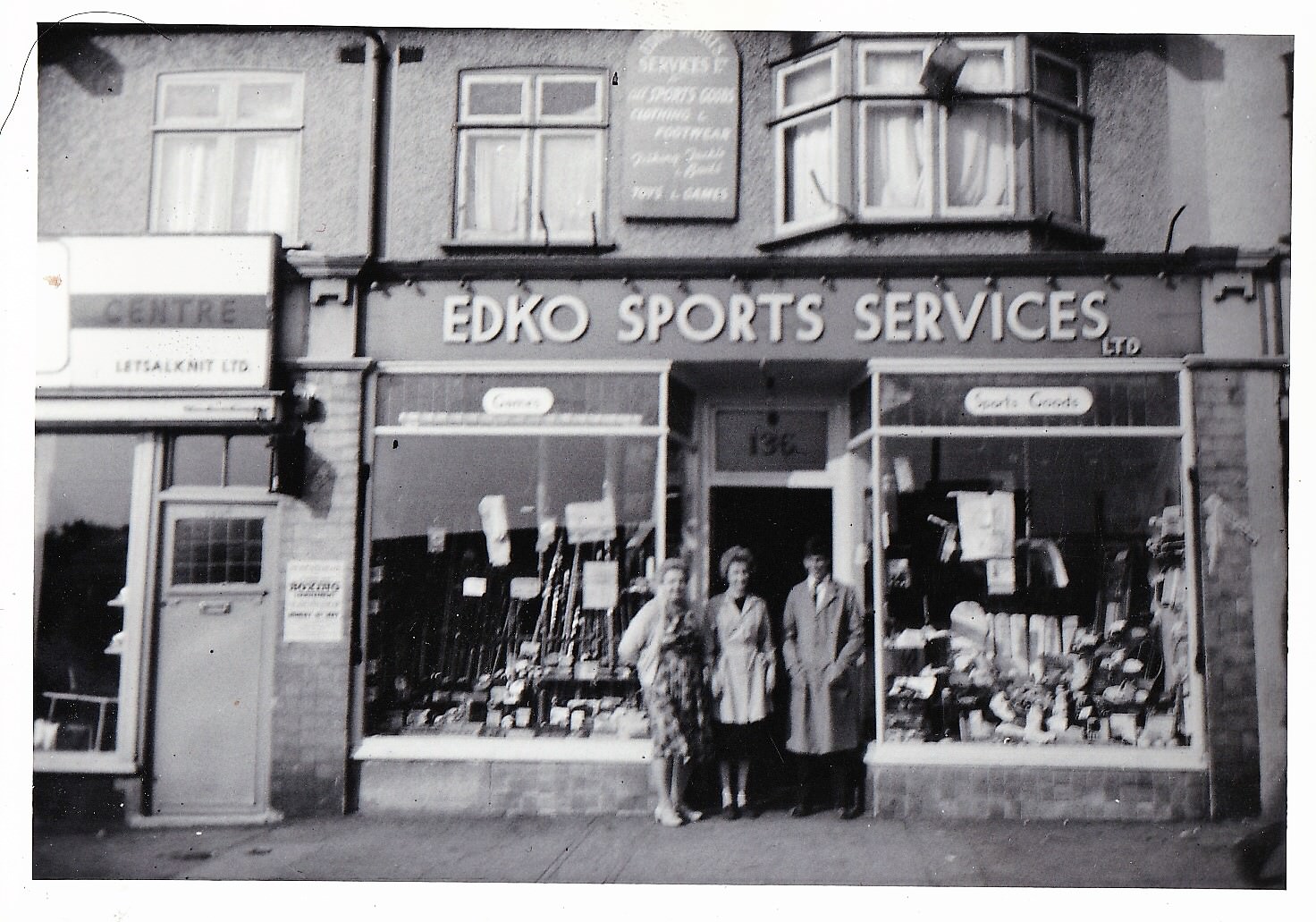 Leigh wrote: ↑
Mon Mar 27, 2017 4:59 pm
Greg was that the shop near the train station? I used to work on the industrial estate in Billericay.

It was, Leigh. Originally Ken Stubbs Tackle & Guns, taken over in the early-mid 1970s by Mike Norris who ran it up to the end of the 80s. It went through a succession of owners after him and eventually became pretty much a carp only sort of place. It was still a tackle shop up until about ten years ago but closed down when the last owner moved to France. A niece of a friend of mine took it over and turned it into a sandwich shop but it didn't work out. I'm not sure what's there now.

When were you working in Billericay and what company was it? Did you ever fish at Lake Meadows?

I was a carpenter and joiner and dabbled in wood machinery for a short period for Crown Wood Products in Radford Cresent. This was around 1992/93.

I never fished Lake Meadows but did join Billericay and District Angling Club again for a limited period.
Top

Leigh, Lake meadows was gudgeon heaven in the late 70s and also the place I first saw a carp on the bank. Word went up that someone fishing by the sluice had caught a thirteen pounder and suddenly the poor bloke’s swim was invaded by scores of kids all jostling for a look at the ‘monster’. As we got older and into carp fishing, the place became a popular haunt for a number of my friends but it never appealed to me as a carp water.
You were working in Billericay around the time I left the area and hung up the rods for a few years.
"Give up haste and ambition, close your mouth, only then will you comprehend the spirit of Tao" - Lao Tze
Top

Ron Lingard's shop on St Botolph's in Colchester (near the Colchester Town station), which provided the wherewithal for my return to fishing in the early 70s after a time spent as Teenage Rebel of the Week. There were two other places in the centre of town in those days, Wass's on Short Wyre St, one of those places that sold tackle along with stuff for household pets, kids' toys and other bits and pieces (now a big tackle only shop out in Mark's Tey on the edge of town - useful if you're in the area) and another on the High Street either a department of or an implant in Williams and Griffin, Colchester's upmarket department store, which specialised in expensive game fishing kit. Ron was a noted matchman, back when this meant something, winning a section in the National at least once.
Iain