I had been toying with the idea of getting a roach pole with all the paraphernalia that apparently goes with it. But the truth is that my heart is not in it - I enjoy fishing with centre pins. But I see the presentation advantages of a pole in certain circumstances.
So imagine my delight to read The Trent Otter, no less, who writes "I have fished in the company of the finest roach-pole men that London has in its ranks, and I never found much difficulty in holding my own; and I have never yet used a pole and a tight line. The nearest to it has been with a fifteen foot white cane rod and the usual running line and tackle."
Wonderful - I shall plod on with my existing set ups.......
Trouble is, the fish just don't read the books......
John Harding
Top

You could alway invest in a pole rod, something like a fifteenth footer, and since they are designed for centrepins you could have the best of both!
"....he felt the gentle touch on the line and he was happy"

My thirty year 'season' of match fishing spanned the main development years of pole fishing in the UK.I have to admit that it's Bloody addictive! As are all aspects of angling really. Nowadays however the super efficiency of long pole short line doesn't really fit with my 'traditional' ethos and it doesn't do my back a lot of good either.
Top

Pole fishing dates back over a hundred years with the Thames Roach pole etc etc, and has a long history of use by Thames and lee matchmen before they started to use fishing rods, so must be looked at as being traditional kit! We're not talking about the the ridiculously long modern carbon versions, are we?
"....he felt the gentle touch on the line and he was happy"

For the last 7 months I have been using a Milwards cane pole... it is 16 feet long in 4 sections and is very easy to handle and isn't that bad on the back.... 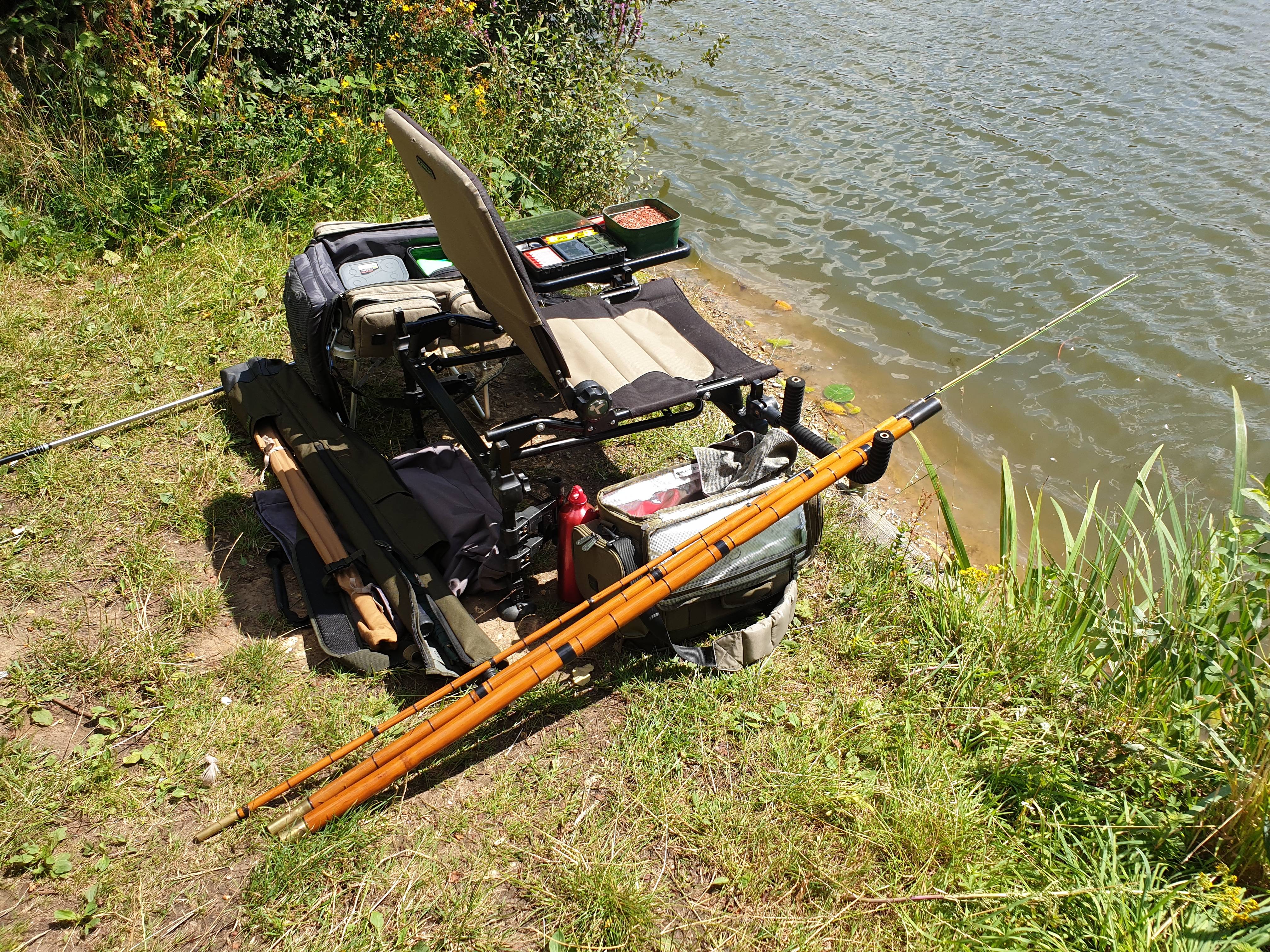 the top section has been modified by our own Wal so elastic can be fitted to stop the lunges of a heavier fish stressing the top section... I had 2 made so I could swap elastic sizes just by swapping tips... the elastic is looped over one end and threaded through some lightweight fly guides and stopped with a small dacron connector to attach the rig line onto 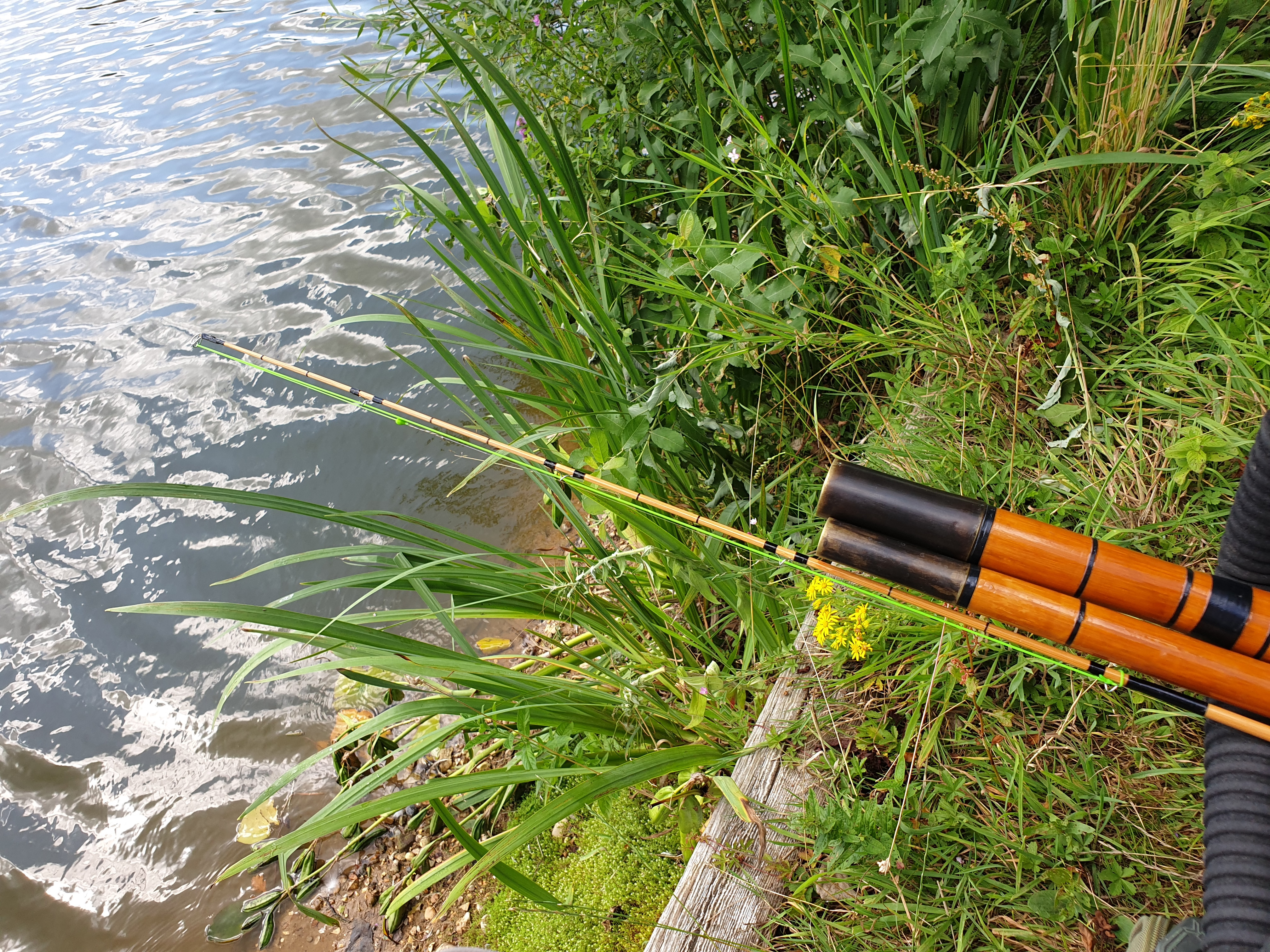 I make up rigs ready to fish and put them onto wooden winders.... you can buy ready made rigs from the tackle shop but they are usually a bit on the heavy side... I make mine up using line of approximately 2-3lbs and use a light hooklink, bit fun if your eyes are as bad as mine 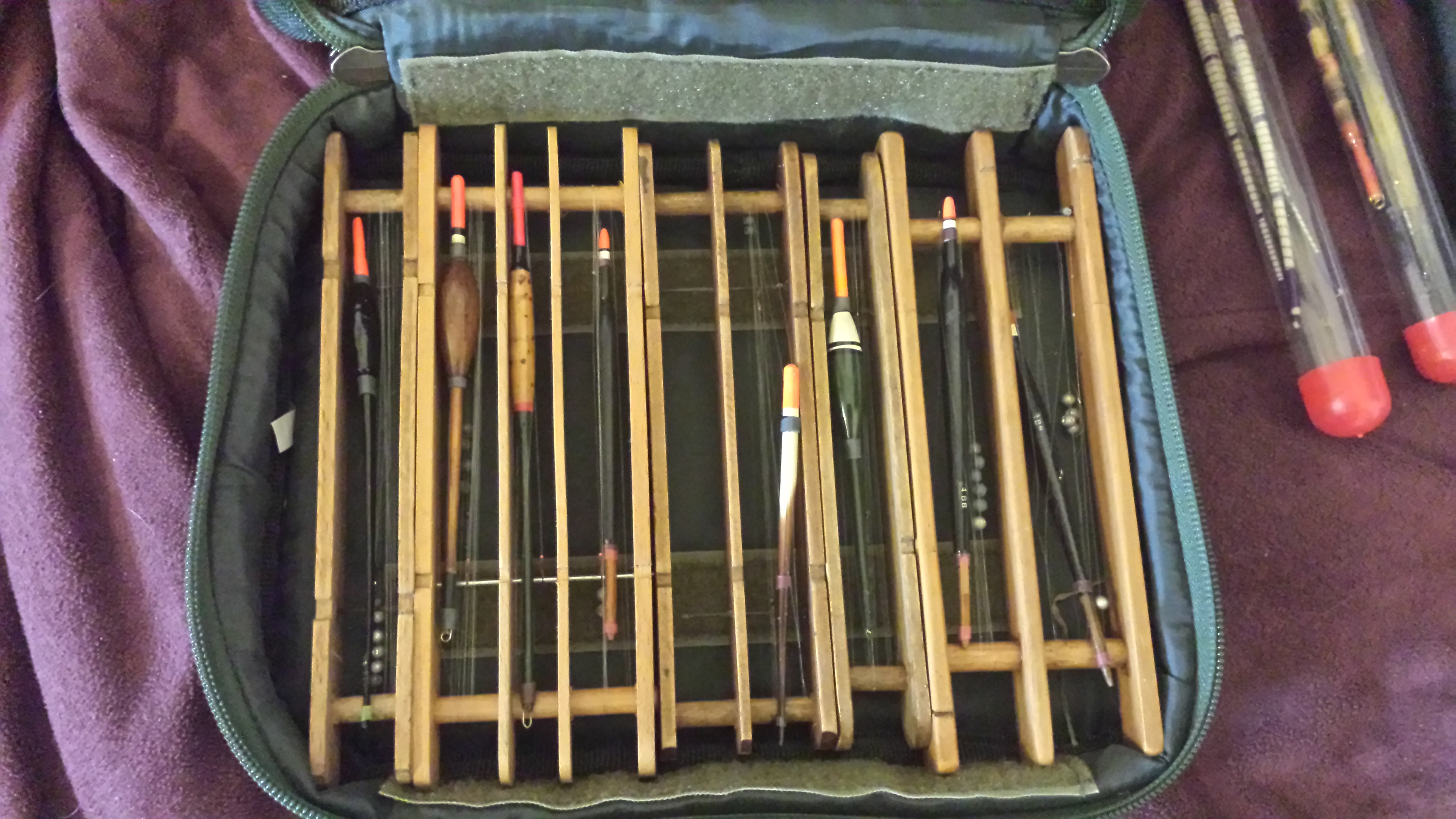 They work quite well 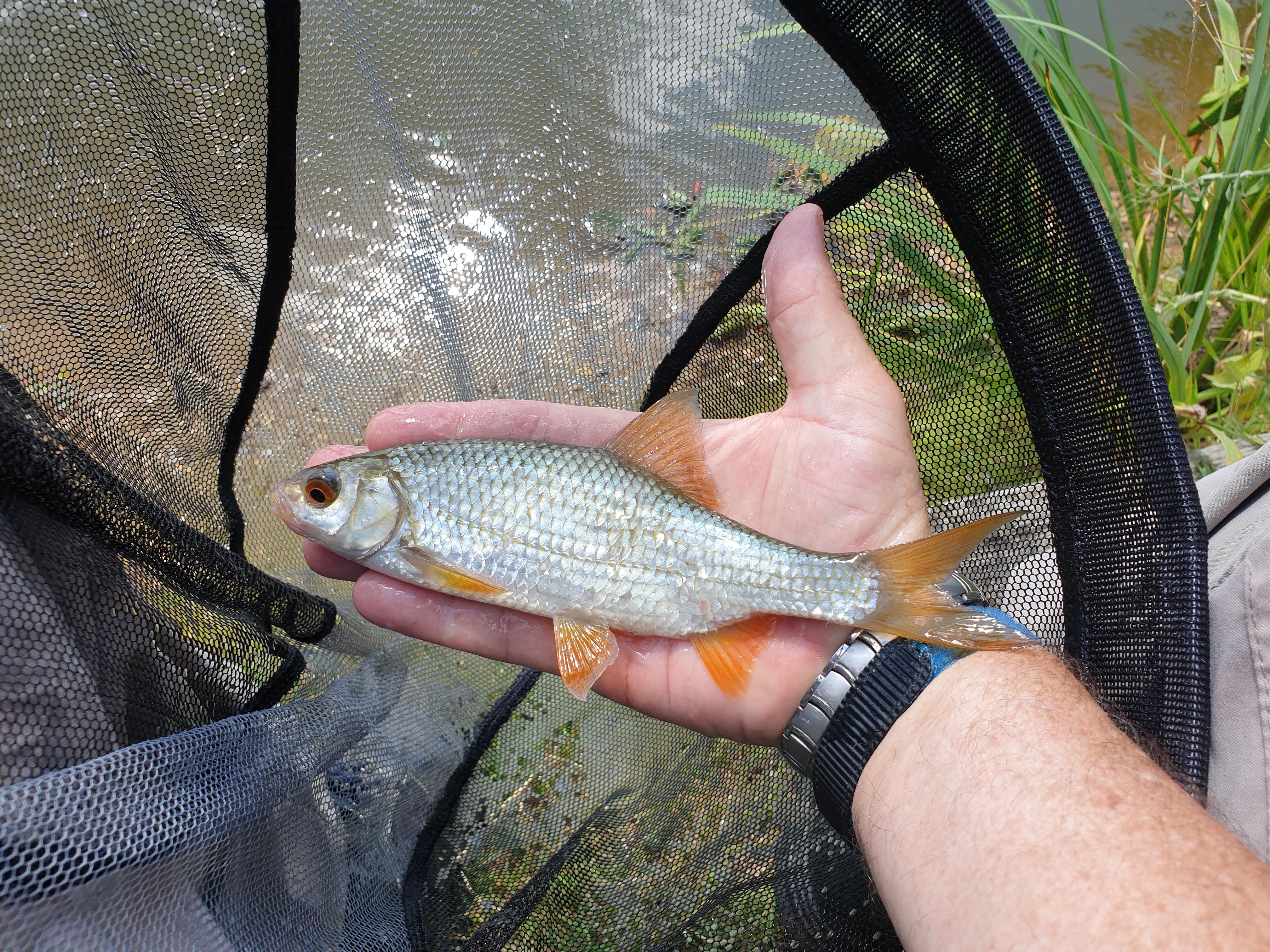 Just one more cast love, and I'll be on me way home

I am a pole fishing fanatic; its wrong to compare rod & reel to a pole when they are 'poles' apart. I have two long Pole/Rods, in my opinion they are nothing like handling a pole. A pole asks for a whole new set of angling skills, even more so with the classic cane poles. I feel more attached when fishing a cane pole, more connected to whats going on under the water. I guess just like our angling forfathers is the worry of hooking a Carp or something large on a pole, Im not a Carp fan and would never risk using mine if there is a chance of hooking one. I too have match fished for a long time through the 80's, carbon pole just got longer and longer. Its refreshing to use a cane pole, its length being limited to its handling capacity and also compares very favourably to the modern carbon pole.

Yes, go for it, get a pole and you wont regret it. To me, they open up the era of early angling, an era before rods and pins were more common place.

This is Paul Adams fishing with one of my Sowerbutts poles on the River Beult earlier in the year. He had never handled a pole before but was instantly hooked. Yes a small Roach, but it was a very nice way to catch the fish. 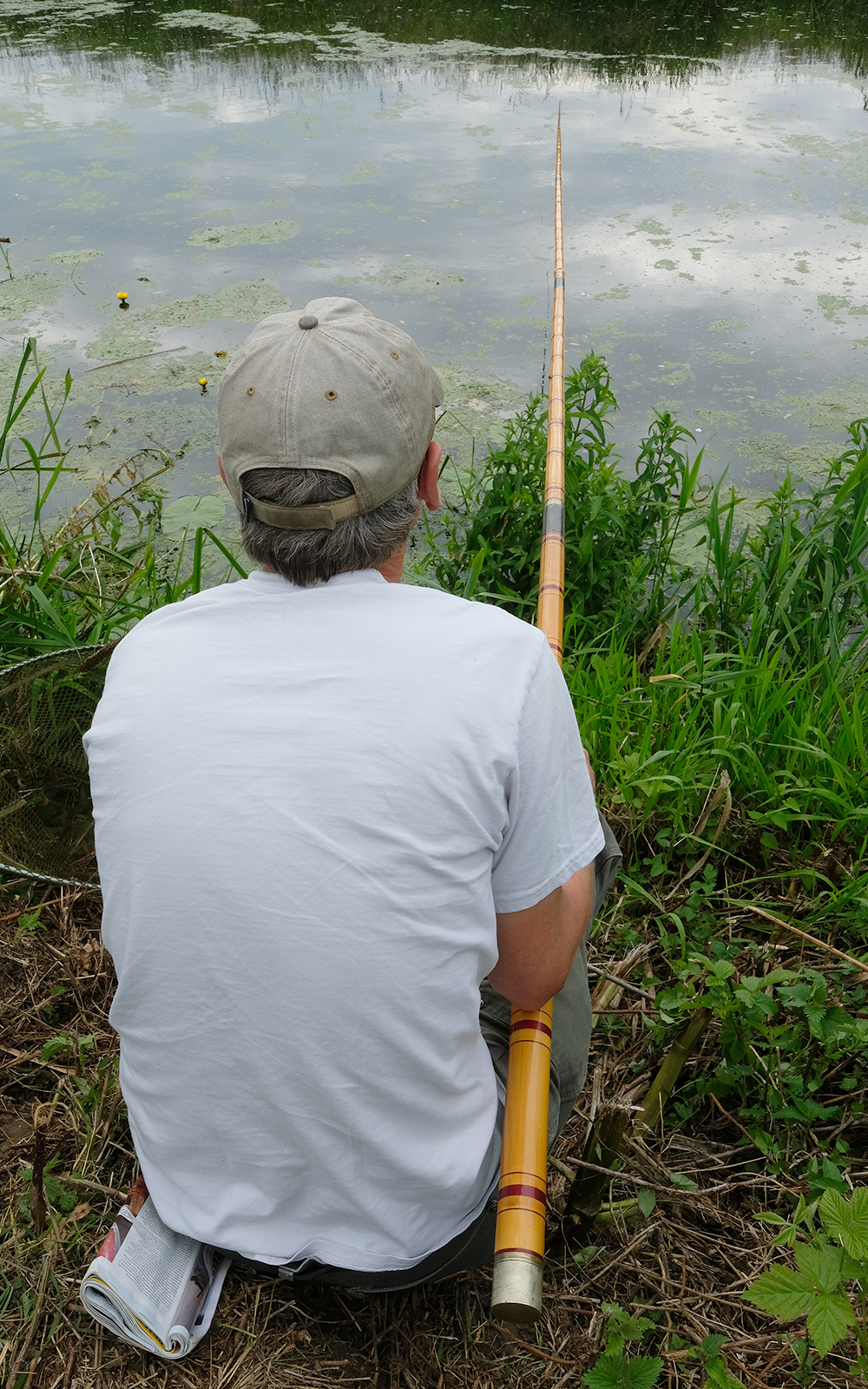 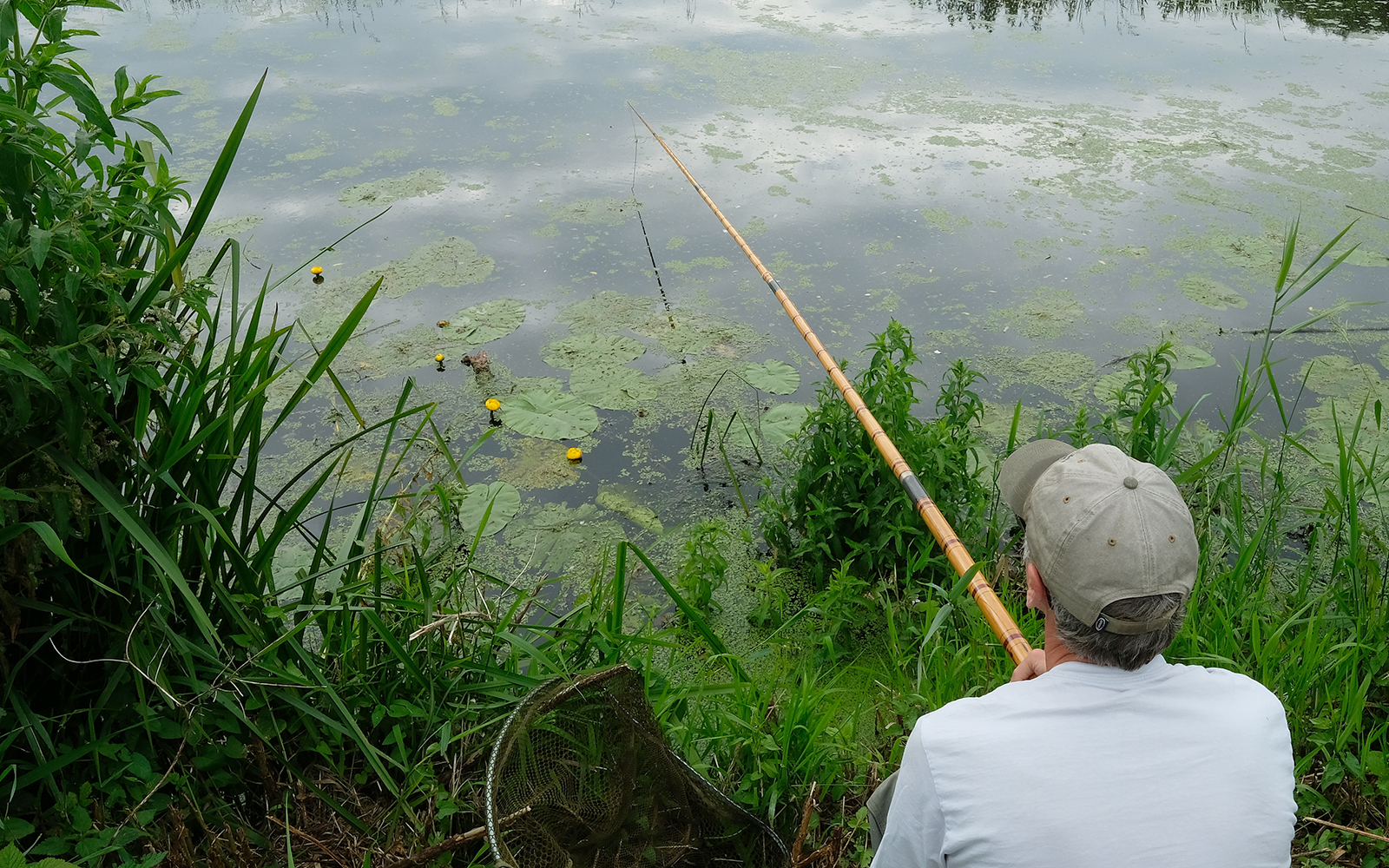 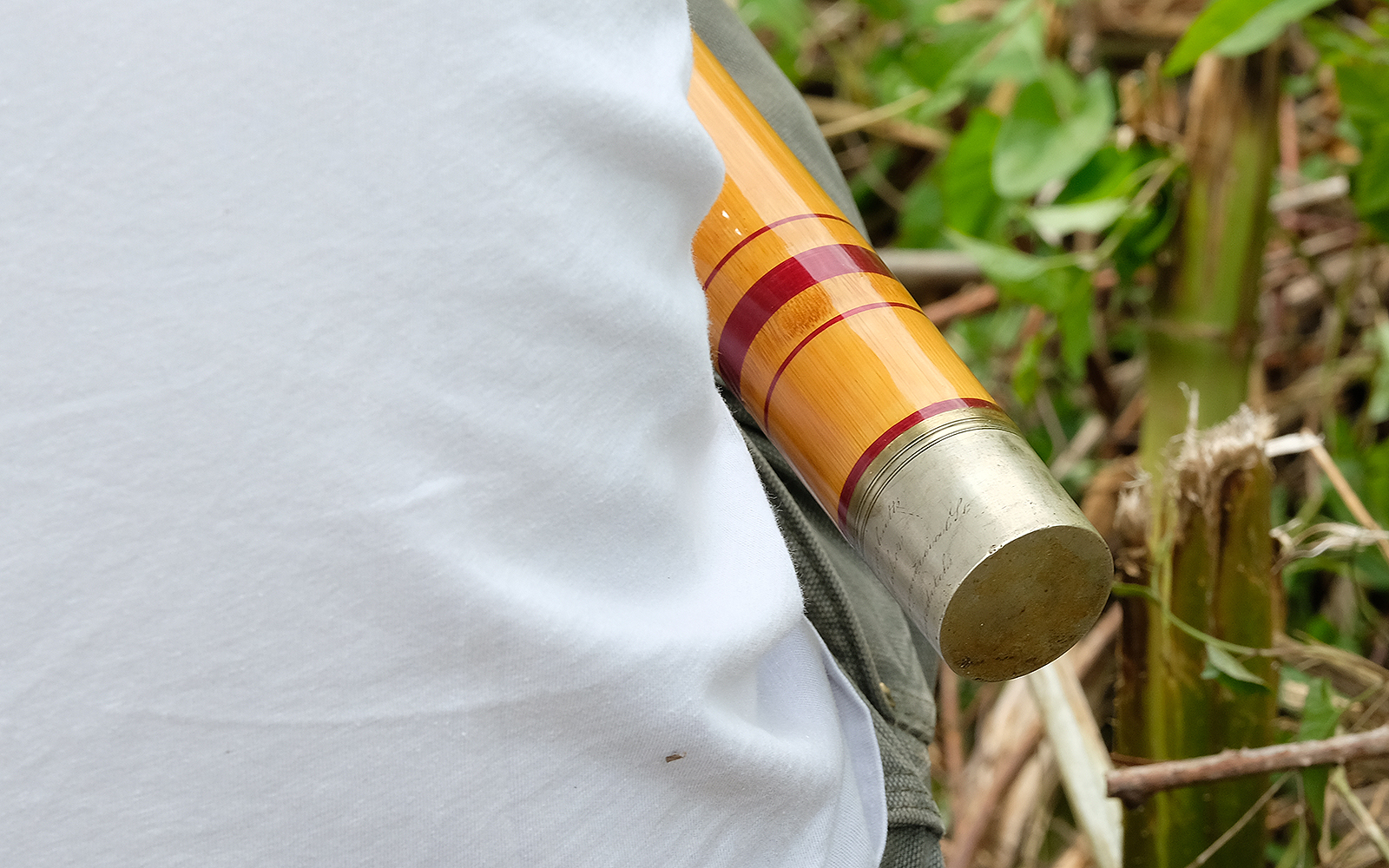 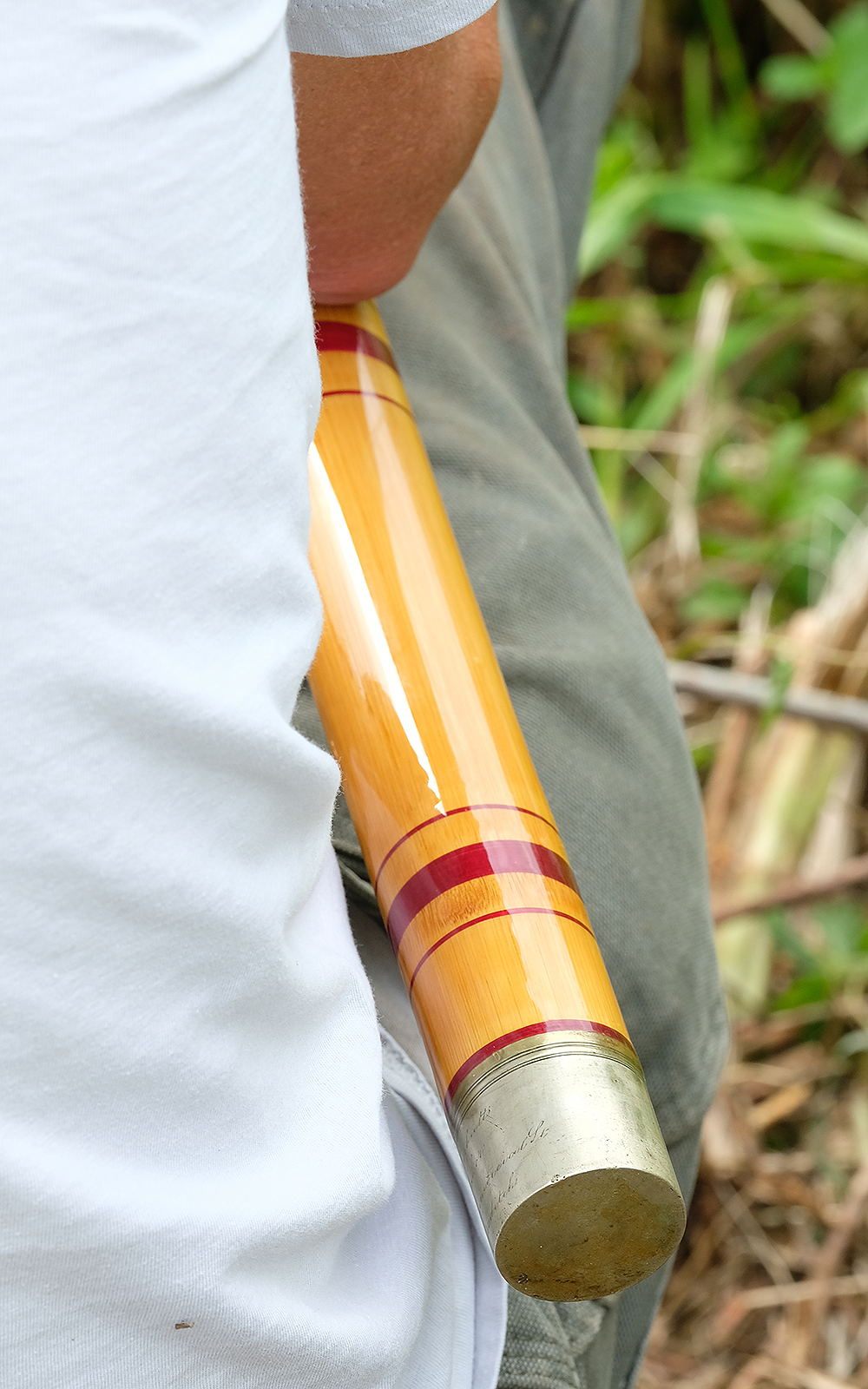 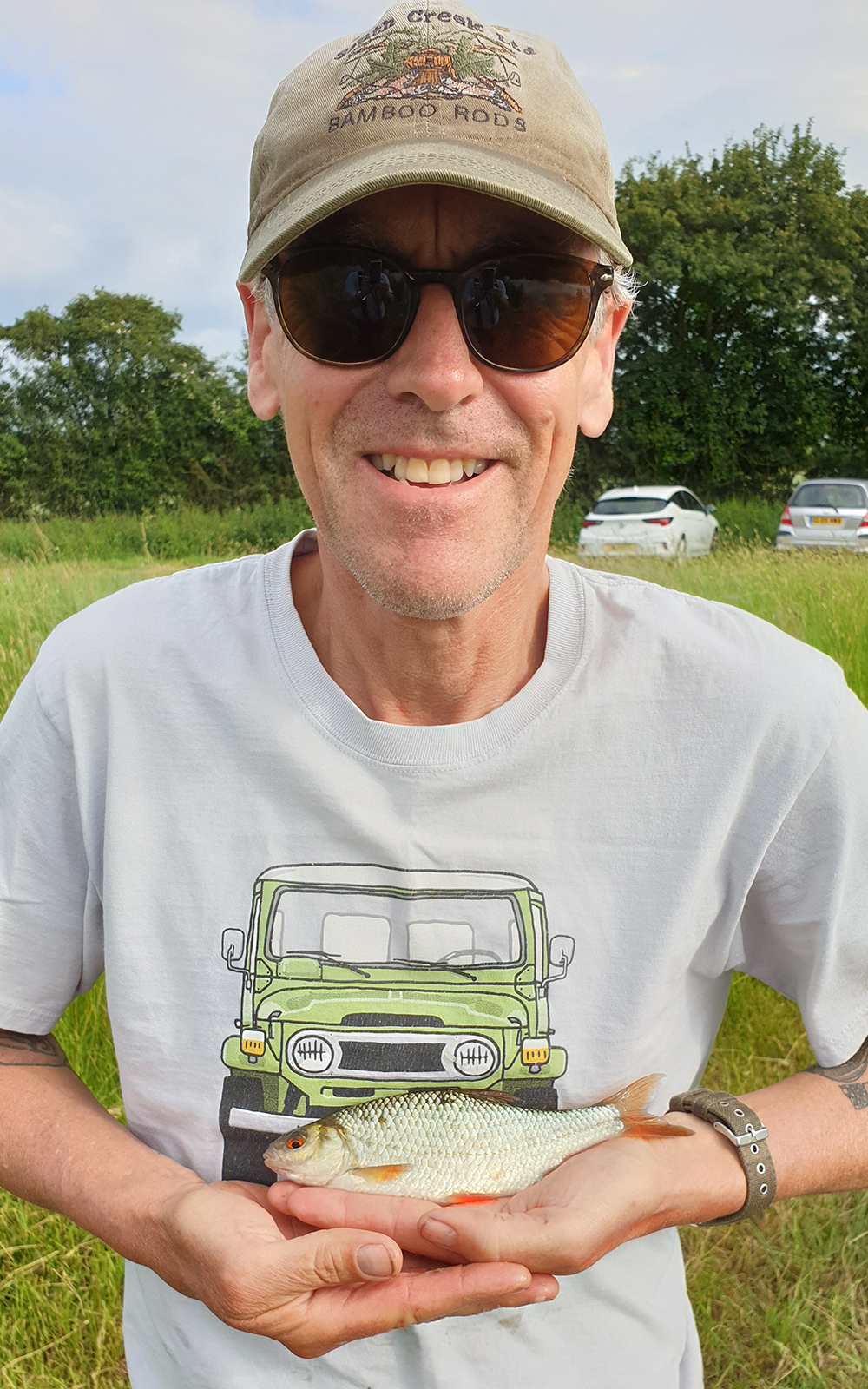 Get "The History of the Roach Pole" by Michael Nadell - a very interesting book ---- and angler!
Top

Hi all, some time back I got my hands on two of those Japanese poles, the ones with the maroon whipping on the female end, and black paint on the male part. Well I kept looking and thinking to myself, would I want to be seen on the bank, with these two toys, as that was what they looked like, so being at a loose end I decided to do a bit of tidying up, that led to me removing the maroon whipping (which turned out to be some sort of tape) and re-whipping in some silk I had, being Beige for the main colour of the female ends, with dark Brown bands to liven it up, that led me to copy the old cane poles, by whipping bands all the way down. I then gave it four coats of varnish on the silk, and two coats over all. After all that work, I was not happy with the top section, it was crooked and to put it bluntly, I wouldn't trust it with a minnow let alone a small roach. So it was back to the drawing board, and the bits bin, I ended up with a fibre glass tip, which I think came from a quiver rod, it was a neutral shade so with four coats of varnish it looks quite good. All I need now is to find somewhere to use it, where it wont get broken on the larger species in most lakes.
Next winter I will get on with the other one, which is six sections like the first, but the sections are about six inches shorter, so over all three foot shorter, this one I will do in a pale Blue for the main reinforcing with a light Navy Blue for the bands and whips. The reason for this activity was the grandson, he has trouble coordinating both hands, so has trouble with a rod and reel, so I lent him a c***** pole I had in the shed, and he got on a treat, well having converted his mother and father to cane and glass, I thought I would try and do the same with him, hopefully I can find a lake to take him to, then maybe we will have another convert. I will look at putting elastic on the next one, I actually feel a bit stupid, having used a modern pole and refitted the elastic numerous times, not to have though of it.
PS will put some photo's on this post tomorrow, of the first one.
Rod

An old man, who's only pleasure left in life, is sitting by some water, fiddling with his maggots?
Top

Those bamboo poles I have seen restored through this forum look superb and you just want to fish with them.
I have only used fibreglass poles and in certain situations become a very useful tool.
I have never been over concerned regarding the extras that are available.
I go to the bank with Pole a spool of line normally goose quill float and the usual selection of shot and hooks and rig it up in situ.
Quite often fish to hand with a 5 metre tele whip and stand if fishing the Trent.

I do like using my little Allock's Lighcaster for a bit of drop shotting for Perch ....and get some funny looks...but please to report it does still bend the same as the more specialist rods on the market

Whatever we all choose to use the traditional angler is in us all and the enjoyment comes from being there.

Enjoy your next adventure.

Users browsing this forum: No registered users and 7 guests