I'm hoping the depth of expertise on the Forum may be able to help me! Having decided to have a stab at a gentle refurb project, I recently bought an Edgar Sealey 3 piece split cane rod. It was advertised as 10'10", which seemed a little strange (may be a bit of tip missing from what was an 11' rod?), but there was no model name. I contacted the seller, but they could not confirm as the decals on the rod were incomplete. The photos on the advert were of good quality, so I did some research (as a then guest) on TFF and other places and was reasonably sure it may be a Nufloat, so as the rod looked in decent nick, I took a punt and bought it. The reason for thinking it may be a Nufloat was the fact that it was 3 piece, the length (despite the above comment), the colour of the whippings (assuming they are original or a close replacement), the number of rings and their spacings. The decals show an incomplete '3 fishes' logo and bits of what look the makers name and 'Made in England'. I have attached some photos which hopefully may help with a positive identification. One thing I found a bit odd was the rod bag label which, with an 'Octopus' logo, may suggest an earlier rod that the '3 fishes' logo on the rod indicates; it's probably just not the original bag. The refurb work on the rod will involve a complete re-ringing (5 of the rings had various stages of corrosion), which will also solve the next issue which is that most of the whippings are stained, plus the fact that the first time I tried the rod out, the tip ring snapped playing a very small chub!! Also the female ferrule on the middle section needs re-seating - it is still a good close fit, so should be a straightforward task. Any help will be greatly appreciated. John 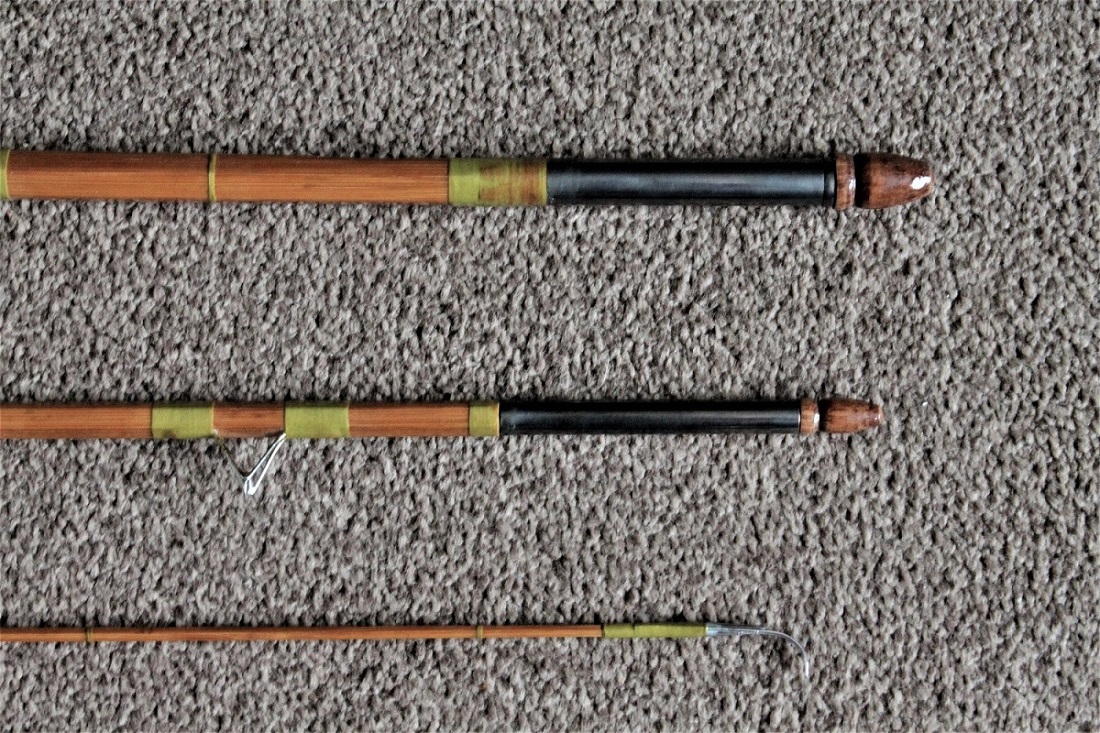 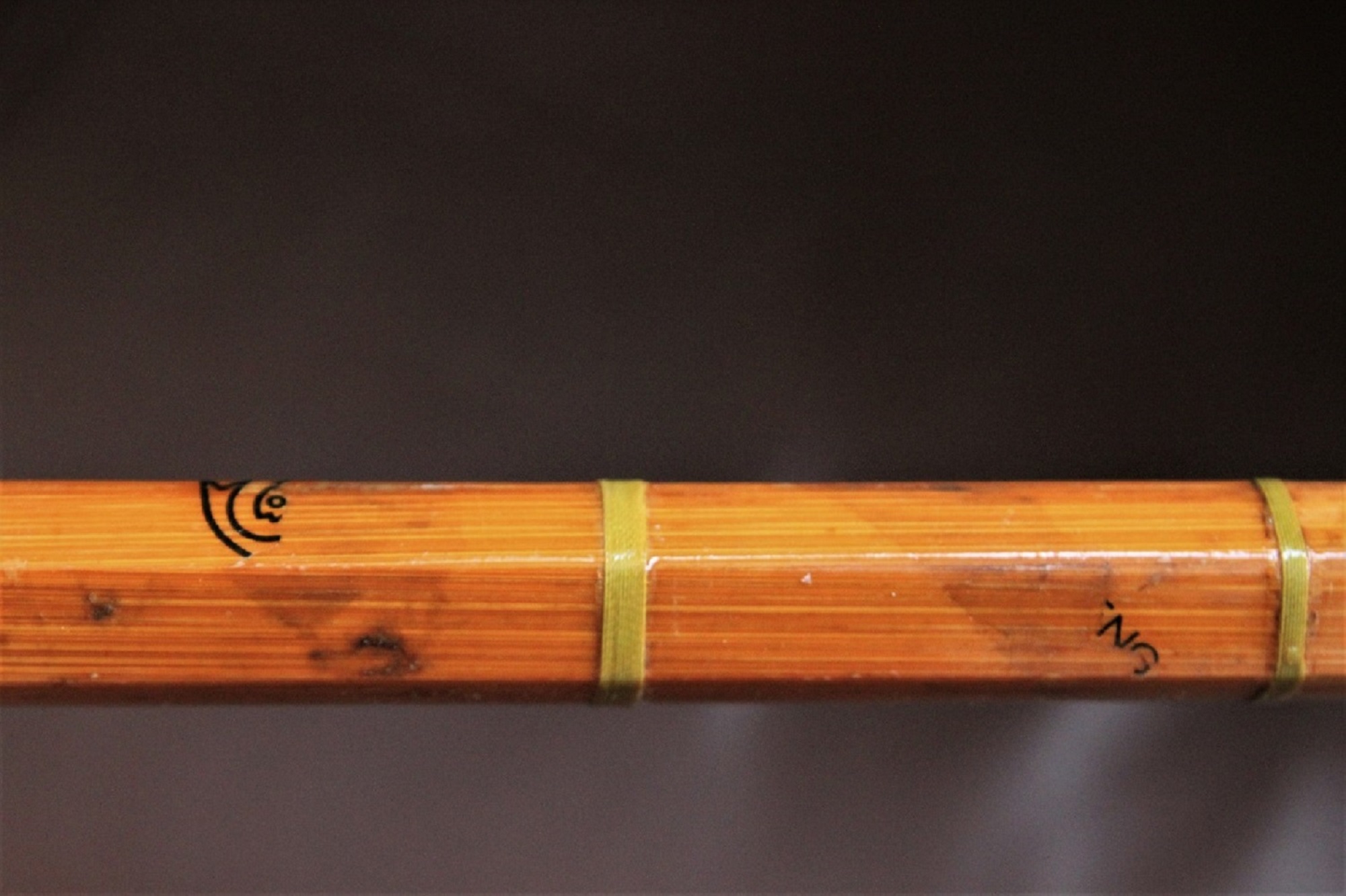 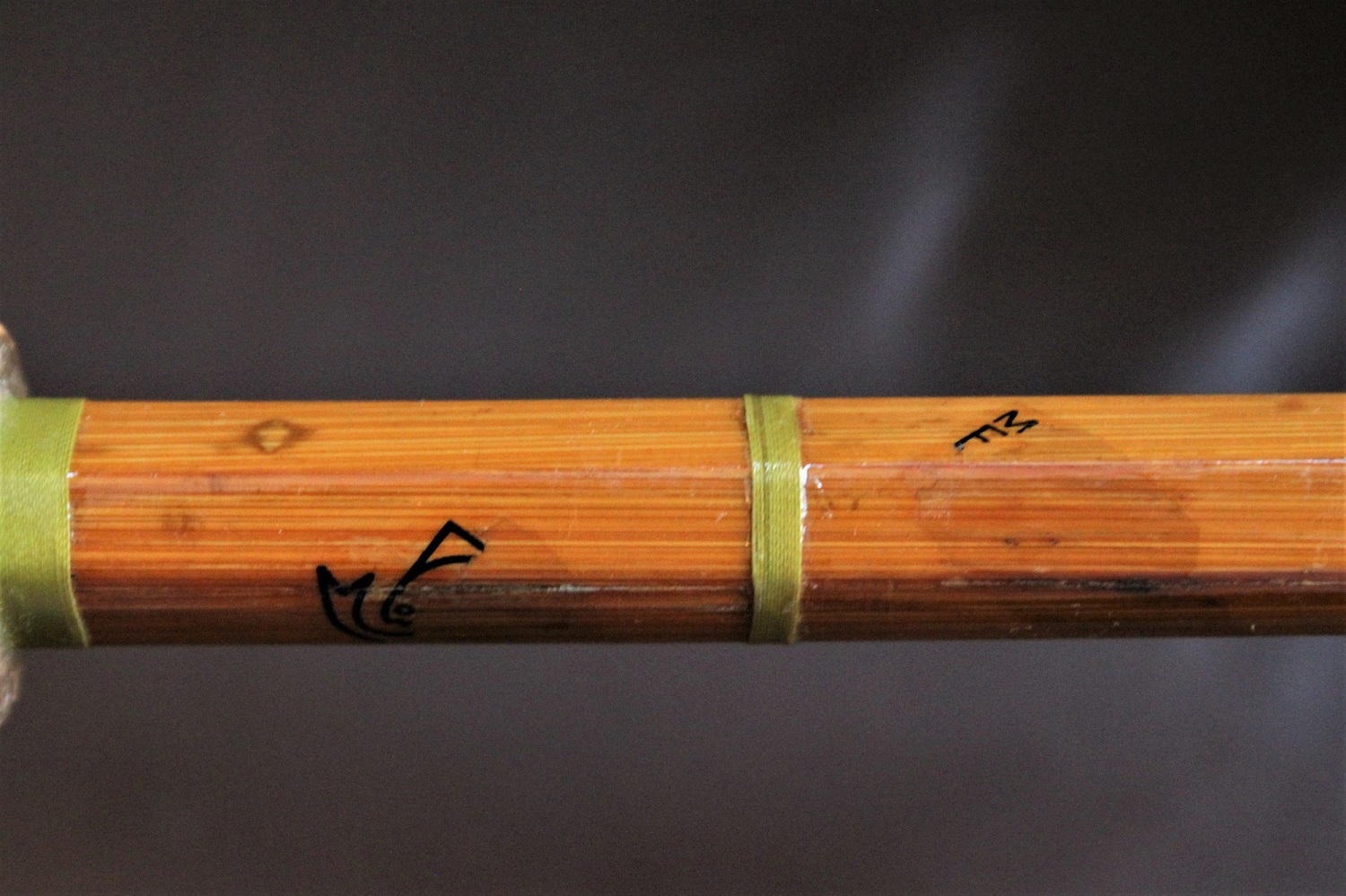 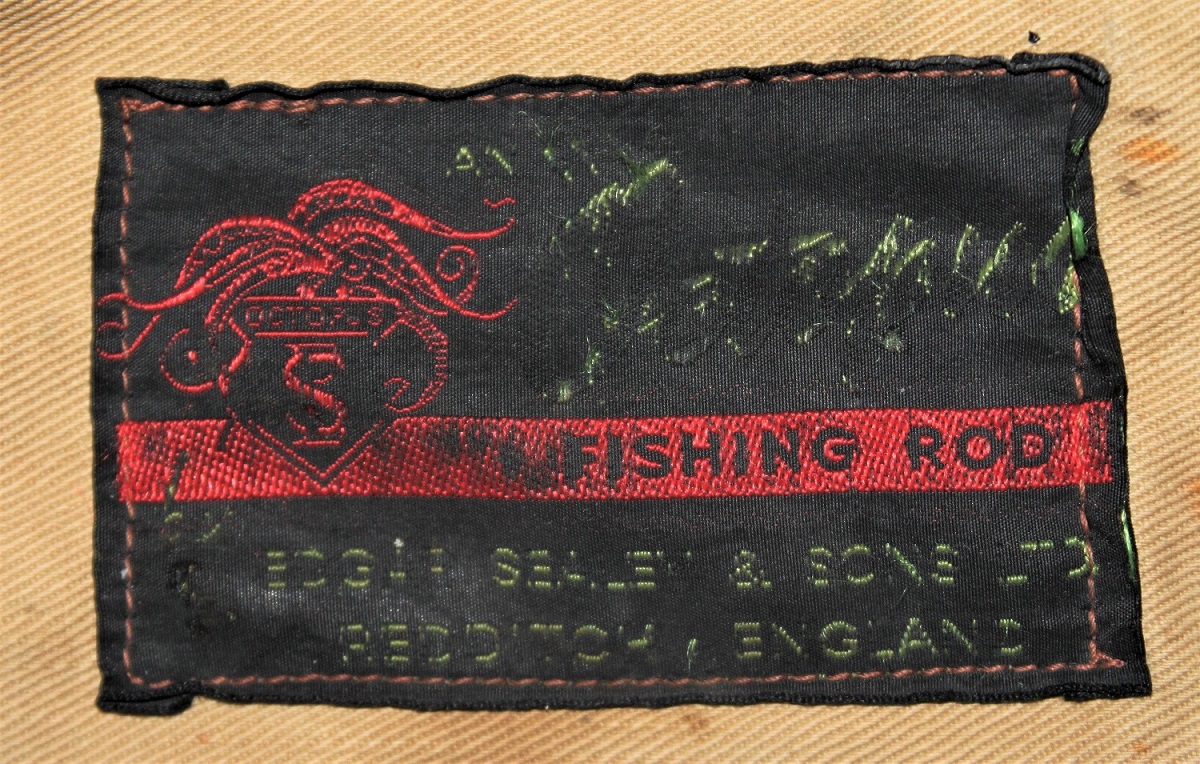 Hi John, I only have photos of a rod I restored and no before photos but I am sure yours is a NuFloat.

The only two built cane rods of 11 feet in length detailed in the "Edgar Sealey Fishing Equipment 1964 price List" were the Octofloat De Luxe and the Nufloat, which is described as "Nufloat B/Cane 11' 3 piece 1 Top 90/- .. Recommended Reel and Line Float Queen Tite Line." Sadly, there is no photograph ... but I agree with the others ... it's a Nufloat. The rod had been dropped from the range by the "Sealey Fishing Manual 1967."
"Beside the water I discovered (or maybe rediscovered) the quiet. The sort of quiet that allows one to be woven into the tapestry of nature instead of merely standing next to it." Estaban.

Many thanks to Wallys-Cast, OldTackle and AshbyCut for their very helpful responses to my post. I was reasonably sure the rod was a Nufloat, but it's good to get some confirmation from people who know more about the subject than me!! I'm going to proceed on the basis that it is a Nufloat with my minor refurb job; I've got some whipping thread of a fairly similar colour, so that's a start. One thing I would like to do is to re-do the decals, as there is precious little left on the rod; the question is how? I guess the likelihood of being able to get replacement decals is too much of a long shot; so the only other thing I can think of is the repaint them the best I can. So if anyone out there has a Nufloat of similar vintage, some photos of the makers name/place of manufacture and the model name would be very useful. If anyone any better ideas, these will be appreciated

Many thanks, John
Top

Replacing transfers is a bit of a sticky one John and is actually scorned at by some, presumably in case it confuses future owners.

Luckily on the one I have pictures of, the two fish logo was almost complete but the NuFloat script had vanished so I just wrote it on.
I am still not sure what the missing transfer actually looked like.
I changed the whipping colour as you can see and I gave it a better quality cork handle. I remember the blank was really nice quality, like most Edgar Sealey rods but let down by the corks. 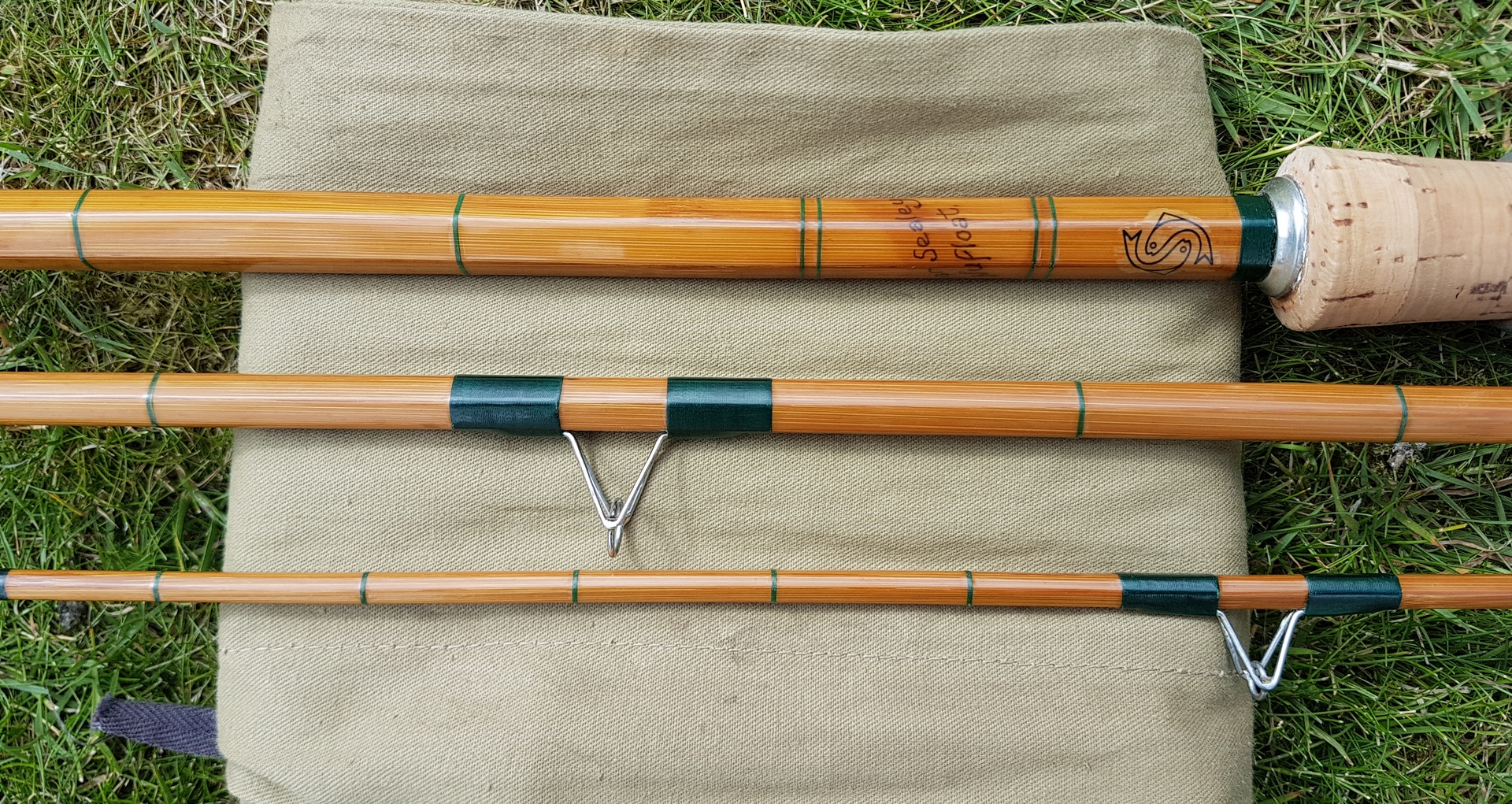 Hello Wal. Thanks for your reply and the very helpful photo. I don't want to upset any 'conventions' there may be about replacing decals etc., so, as you did, I may just paint the details on in a way that is not obviously trying to replicate the original script (except, perhaps, 'repairing' what remains of the two fishes logo). This way it gives information, but is not trying to claim to be an original feature - that was good information, thanks again. Also, the work you did on your Nufloat looks excellent. The corks on my rod are not too bad, just some small splits between some of the corks that I think I may be able to fill in with cork dust.
Cheers John
Top
Post Reply
8 posts • Page 1 of 1

Users browsing this forum: No registered users and 9 guests