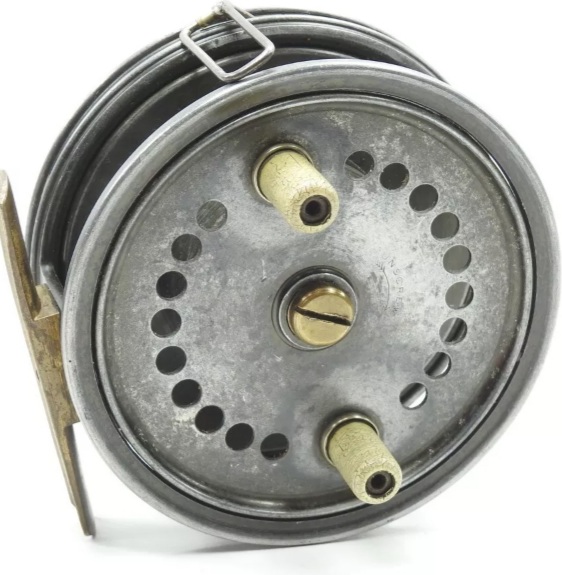 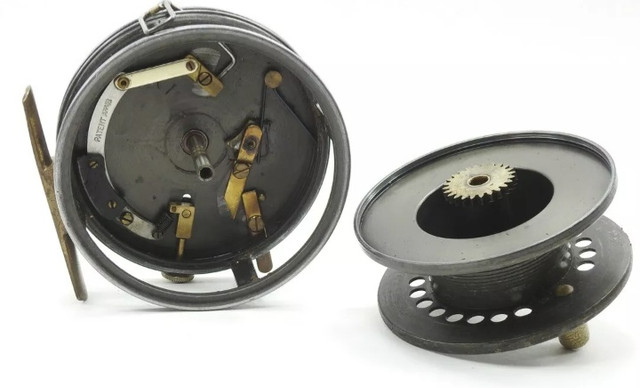 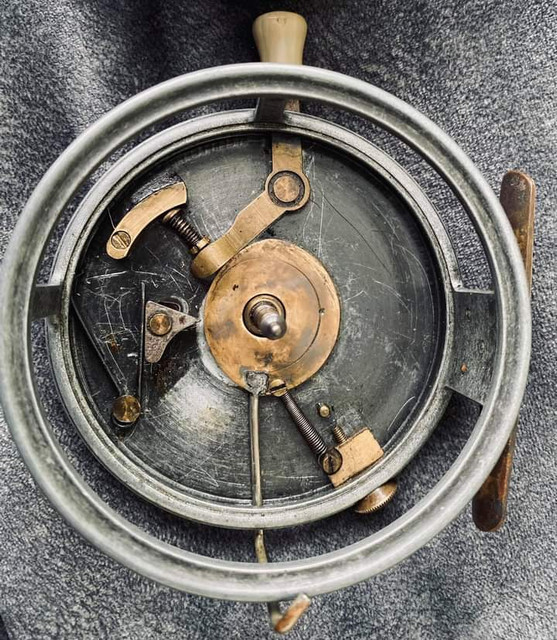 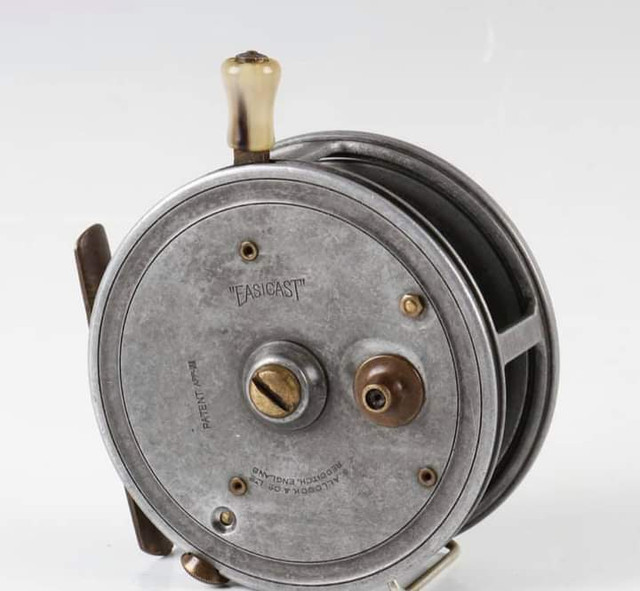 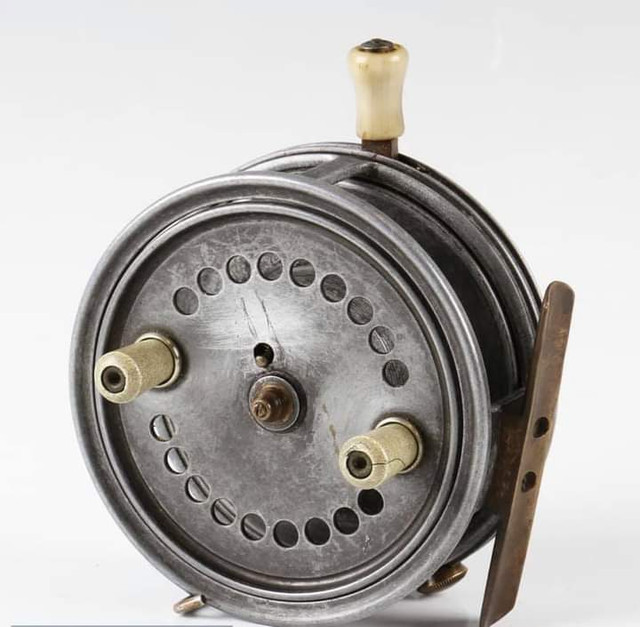 The first two photos are of an early type of Easicast. at least, I'm assuming it is an early type because it isn't a true pin but a winch unlike most easicast reels.
The next three photos are of a reel owned by a friend who posted them on Facebook trying to find out about it.
as you can see it might be a first model as it has many unusual features. The large lever with knob like found on many Silex reels, The line guide wire isn't fully enclosed like most easicast but more like the allcocks french 'Reflex' reels. But it does have the usual pin type of centre screw.
Why, if this is earlier than the other winch style did they start with a pin, change to a winch, then go back to a pin?

I have looked at both versions of Easicast reel above and am pleased to say that I covered them both in my updated JW Young book.

From my research I would say that the first Easicast reel was of the 'pin' type, although the 'pin' version shown above is not a first model.

I cannot give you a definitive explanation as to why there were changes to and from the 'pin' version. Although to me the pin would be the preferred option for efficiency in the rotation of the line drum. The 'screw' version would be more durable and as with all reel development, it was normal to try different variations to see what worked best.

The screw version above is the Allcock pattern number 8928 that is dated circa 1930.

The 'pin' version above is the Allcocks 8928A model that is fitted with the patent brake lever (patent number 345872) that was accepted on 2nd April 1931.

This is a summary of the chapter on the Easicast reel that is in my book. I hope it helps.
Top

Thank you for your time ambidexman.
Top
Post Reply
3 posts • Page 1 of 1