Having finished the refurb of my "new" Jack Clayton "Fenland" cane rod, I did some trotting with a centrepin, which was really nice. When I went to a channel, I soon noticed that fishing with a centrepin long distance is not very comfortable. Therefore - inspired by the D.A.M. reels of Martin/Dübel and Jeremy - I was searching for some suitable DAM reels. I found two pairs of Quick Finessas and Quick 330s on the bay which I got for 65 Pounds. 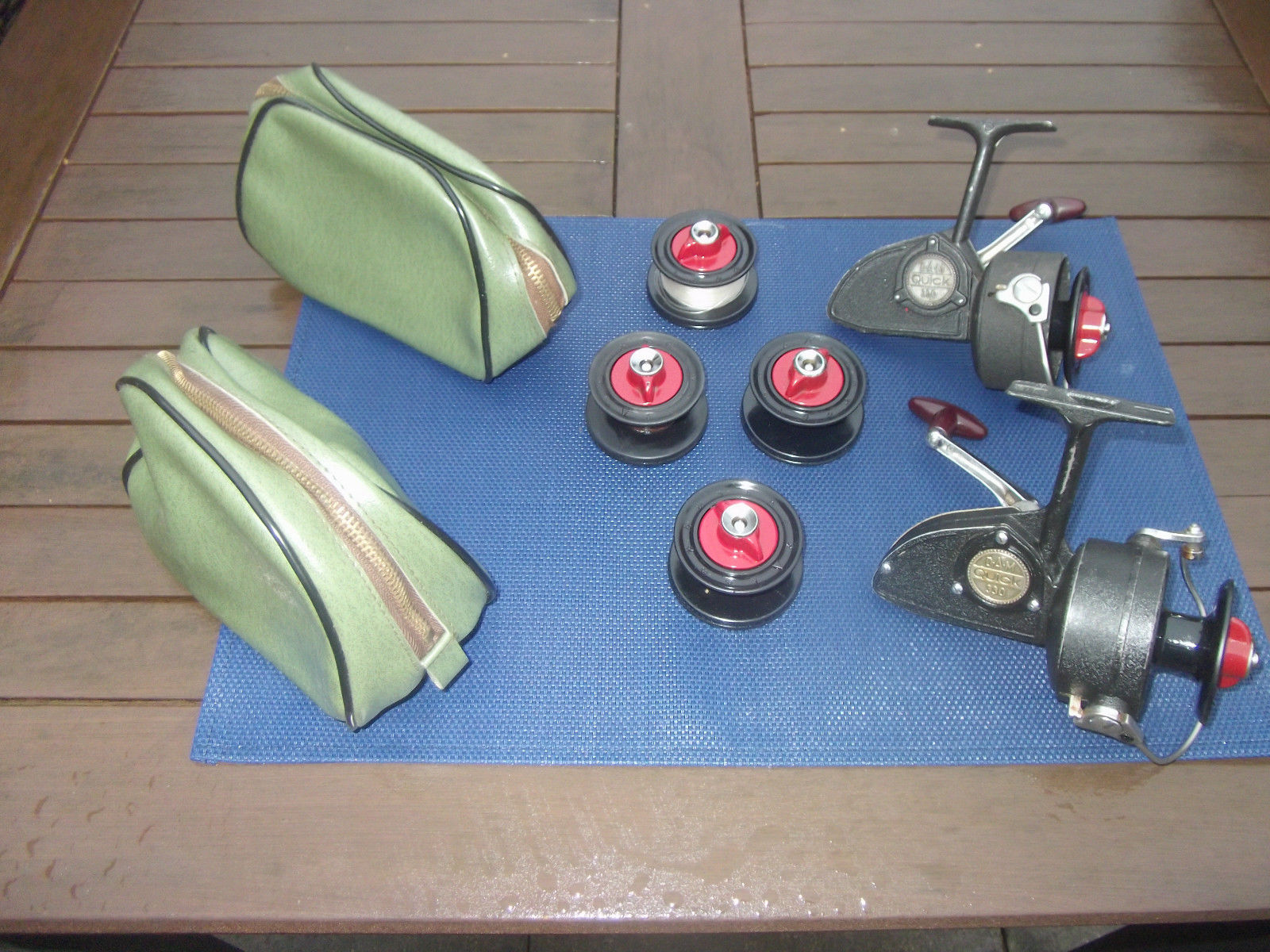 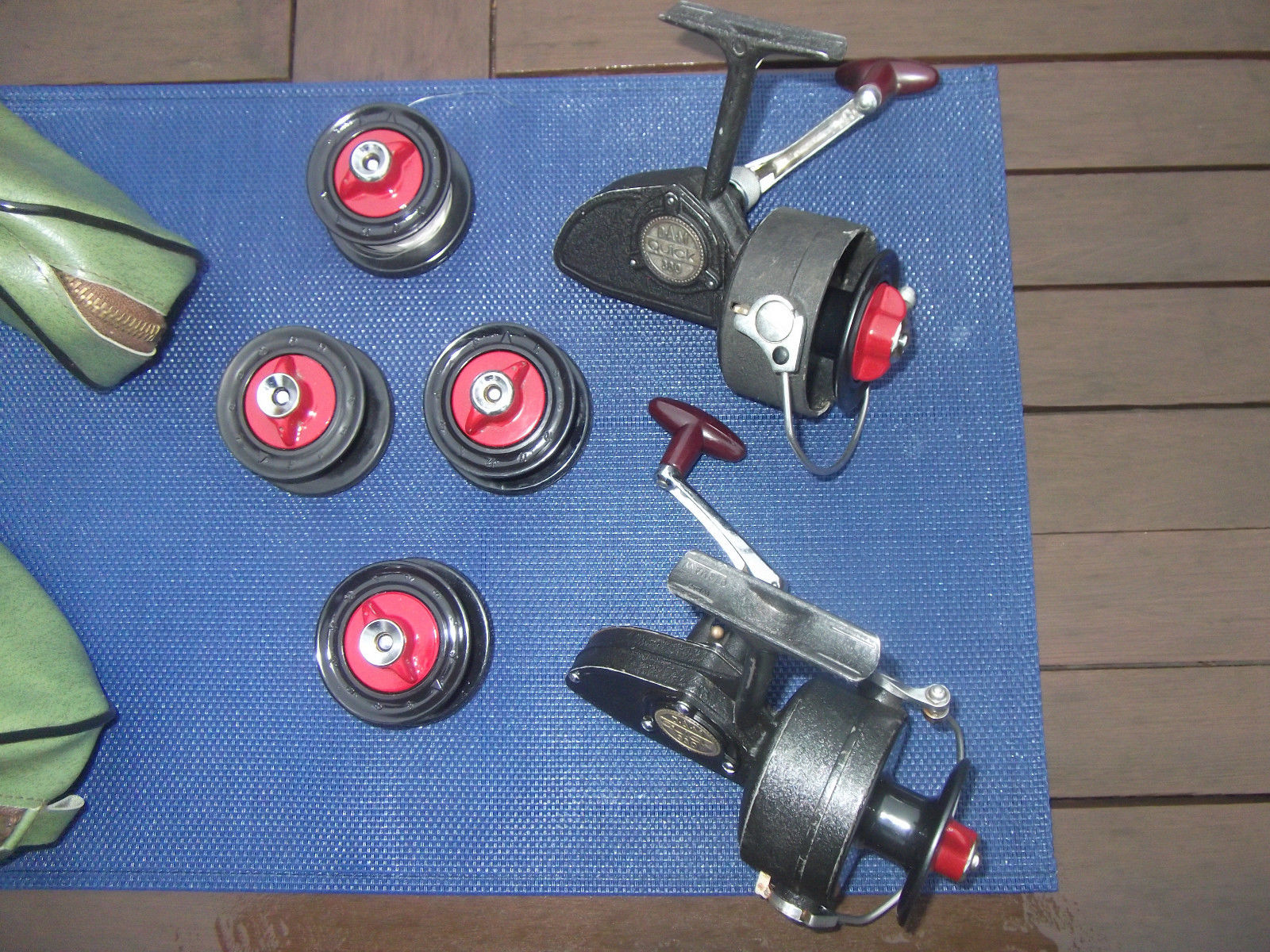 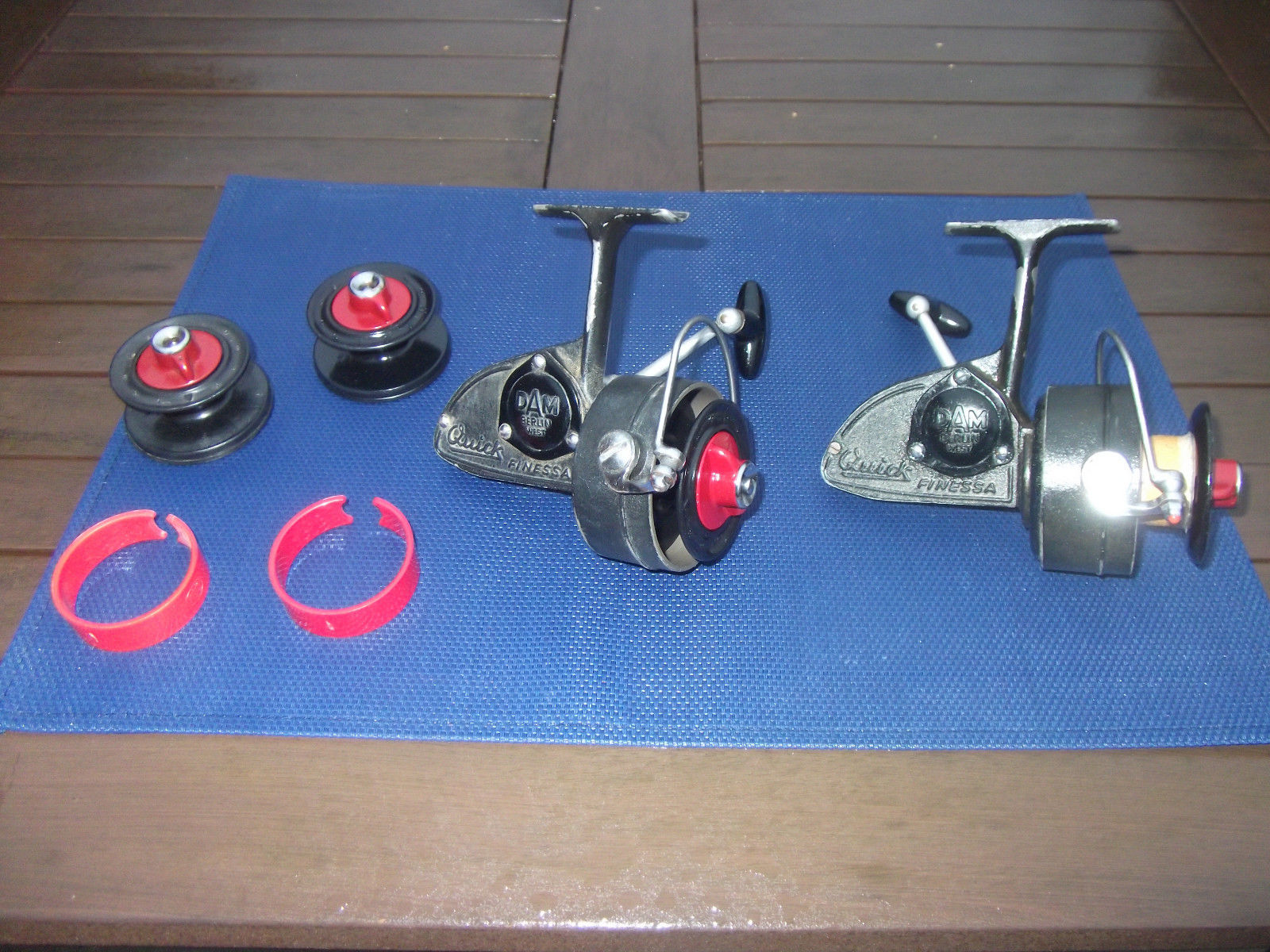 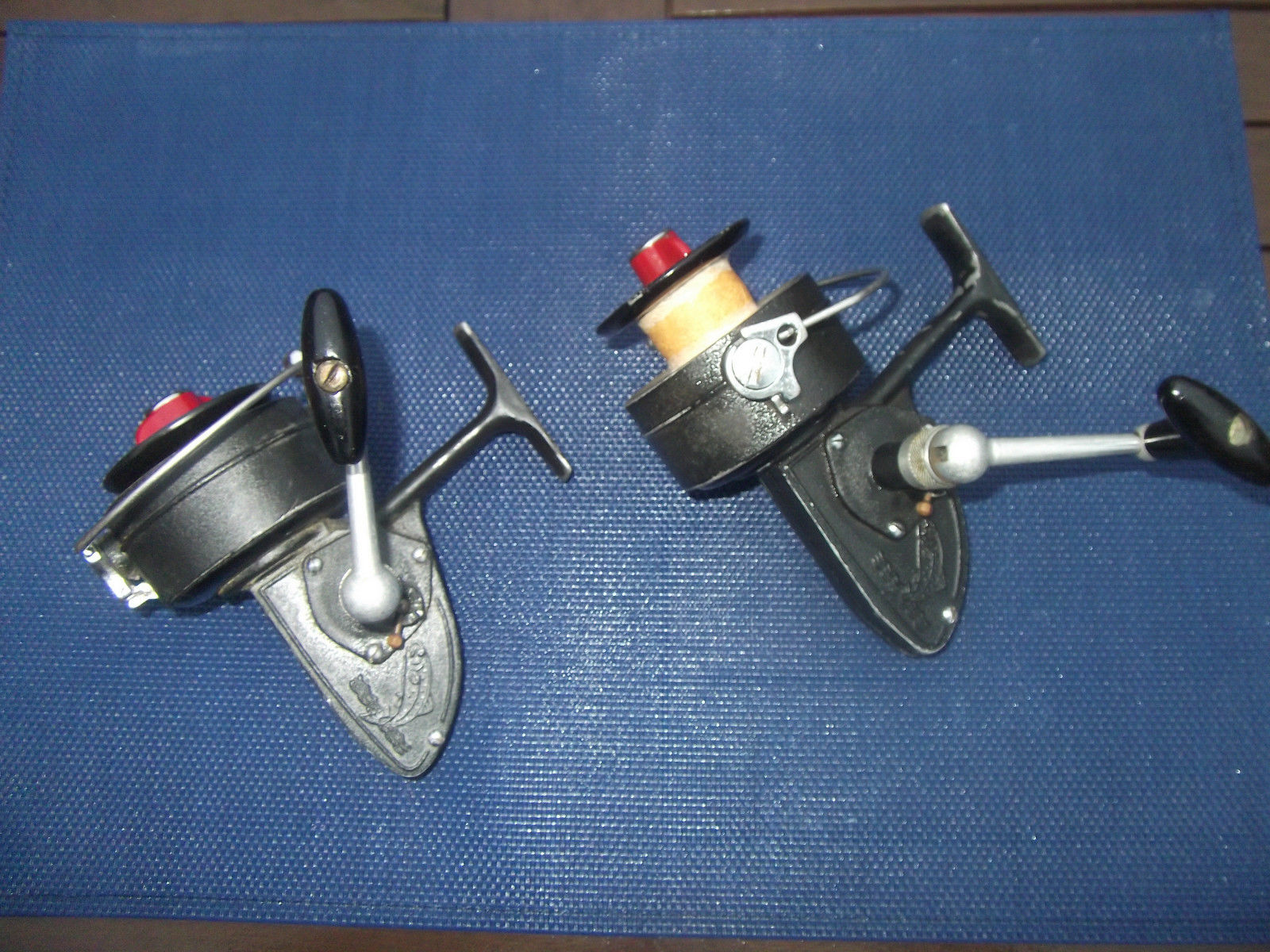 One finessa and one 330 are running quite fine. The other 330 runs a bit "shaky", the other finessa makes noises that will break your heart.
I chose the last one to start with (the least chance to make things worse

When shaking the reel, I heard soming chatter inside and some slivers fell out 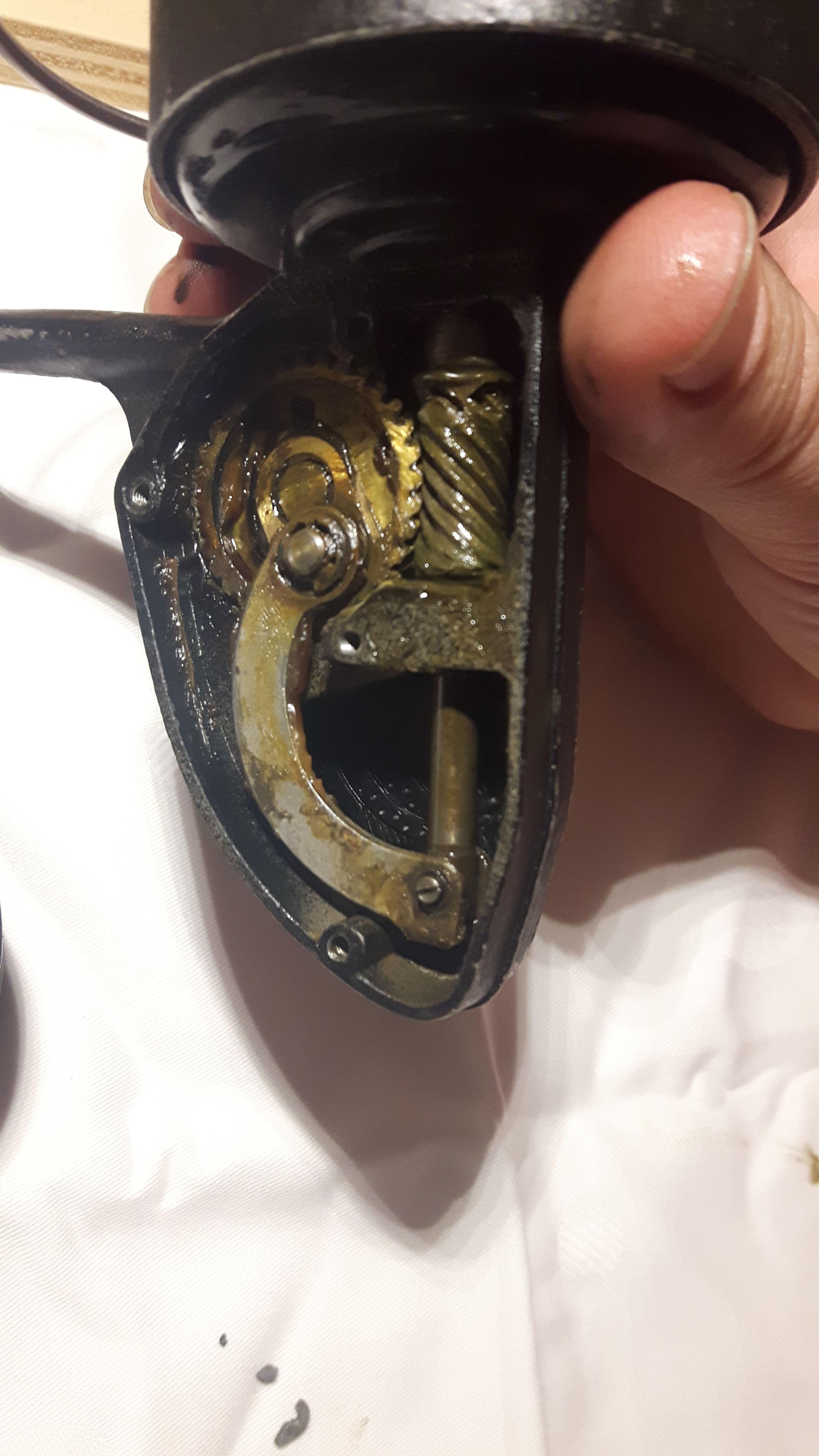 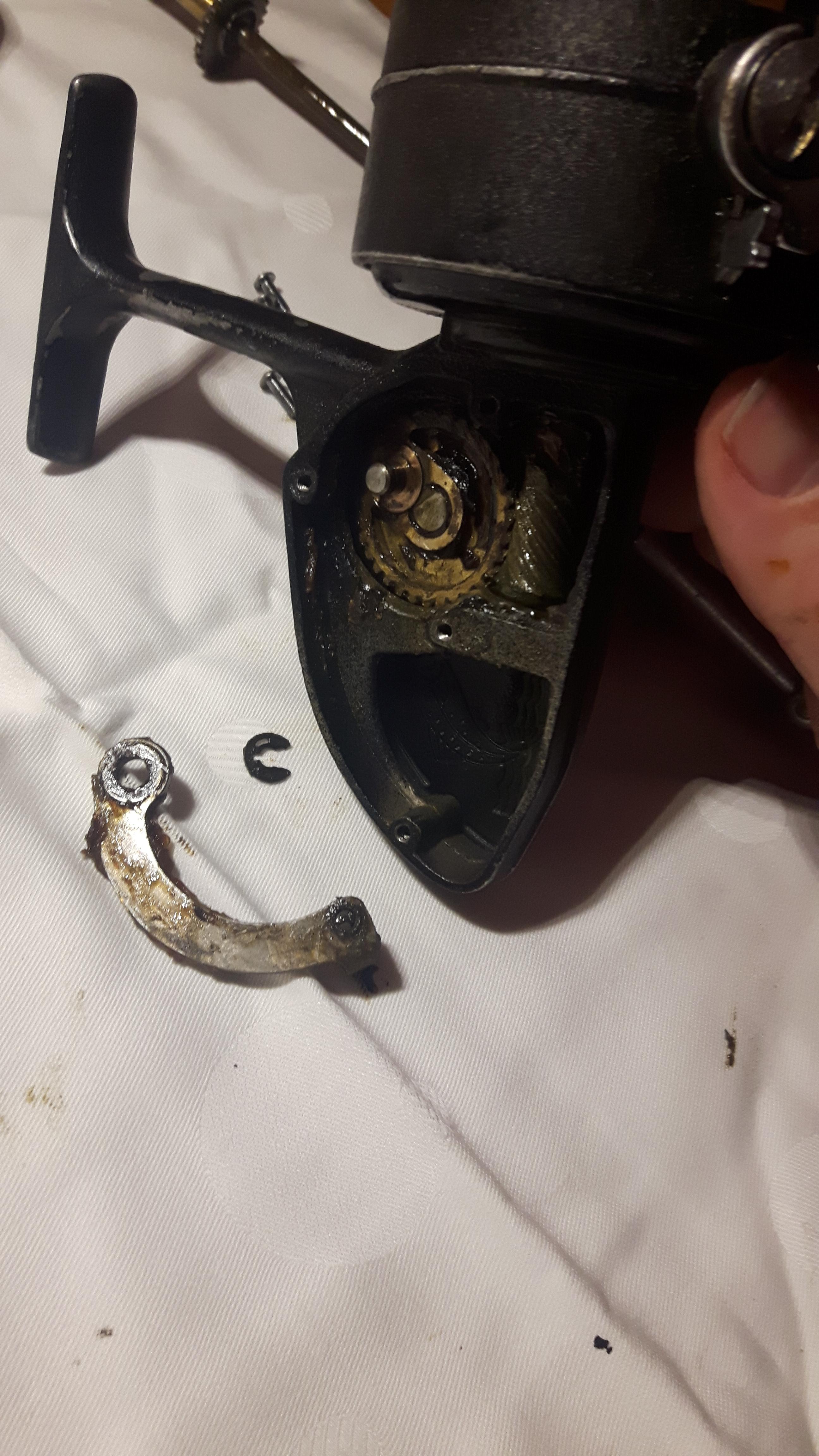 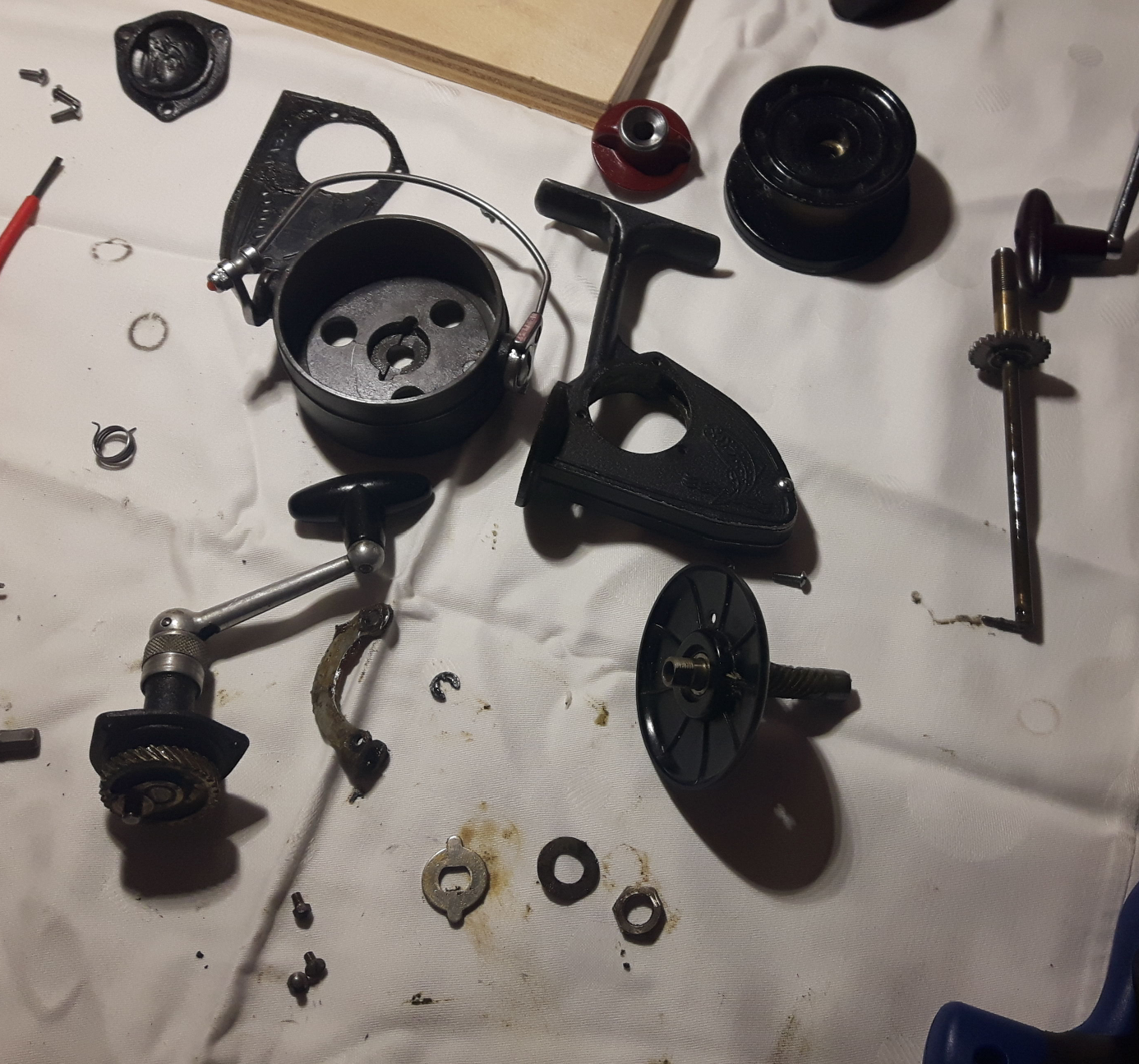 The next steps (this evening) are to remove old grease and to clean every single part.
Top

You may want to check the bearing as well Andi. Standard sized one, so easy to get a new one but I'd advise to clean it. And then use a light grease. You'll be amazed what that does to the reel...
Let me know if you need one of those tiny little circlips. I have a whole bunch of them somewhere...
< °) >>><( Christopher )><<< (° >
Top

I'm sure you'll end up with a least two nice reels once you've figured out how to put everything back together!

I wouldn't know where to start ...

Well done! You will love these reels, they are well engineered and run beautifully when serviced and lubricated. I am very grateful to Bob Brookes for introducing me to them and to Martin for sourcing them in Germany as I couldn't find any for sale in the UK.
With my silken line and delicate hook, I wander in a myriad of ripples and find freedom.
Li Yu
Top

If you look carefully at the button the bail arm stops against you'll see you can press it inwards and let the bail arm swing right back to take the strain off the spring when not in use...just like an Abu cardinal. Great idea as it not only saves the spring from early failure, it also makes changing the spring when it does eventually fail, a doddle.
}<)))'> Nobby

Nobby wrote: ↑
Mon Dec 24, 2018 8:13 am
If you look carefully at the button the bail arm stops against you'll see you can press it inwards and let the bail arm swing right back to take the strain off the spring when not in use...just like an Abu cardinal. Great idea as it not only saves the spring from early failure, it also makes changing the spring when it does eventually fail, a doddle.

Absolutely right Nobby, although there are versions / examples with that function missing. Not sure at the moment whether this affected 330 or Finessa versions I had through my hands

As Trotter asked me a few questions due to problems with the disassembled reel shown above I will try to explain a few things here which might become useful to others too at some point. 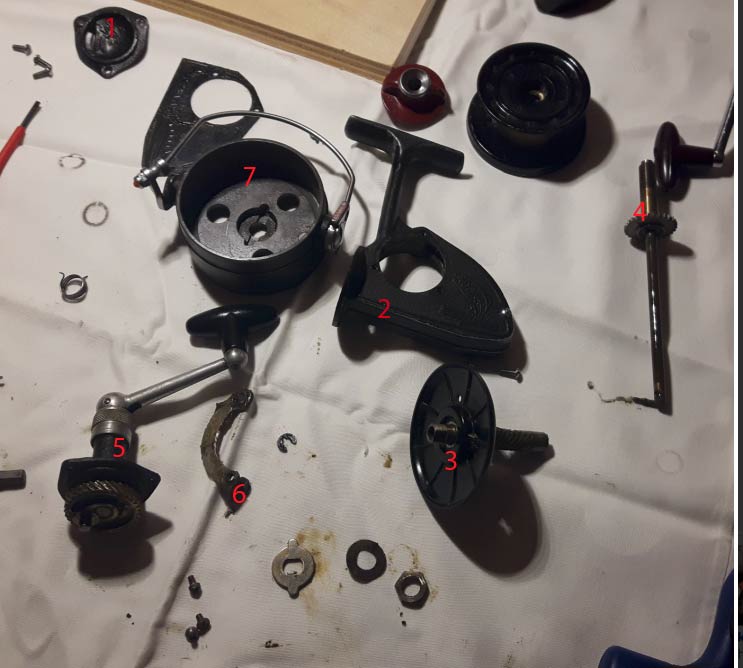 Part 4 still has the spool base on it which should be kept on the spool. The red nut shall only be loosened to relax the drag tension when stored away. The spool has a tex washer which can be greased in case of uneven rotation when line is pulled off.
The spindle then can be polished with either a drill or on a lathe if someone has access to one. Usually there is not much polishing needed.
Part 3 (with the ball bearing which sits under the disc here) has problems. The disc should remain on the rotor head. When the hex nut is lose and off, the whole rotor can be carefully pulled off of the reel body. To get the bearing out, there is a securing circlip (don't know the word in english - in German its called Sicherungsring innenliegend). There also is a spring washer underneath and then the bearing. The bearing itself is only pushed "pressfit" on the gear part and can also be removed carefully if needs replacement. Usually a wash in some white spirit over night and a lot of WD40 and re-oiling is enough.
If this assembly is not set correctly, the reel cannot turn properly!
Part 6 is missing a small cube in which the spindle is placed and held with a small special screw (also part of the ambidextrous option). Either it is missing or Andy didn't get it on the picture? It is important as it holds the spindle in position and prevent axial movement. The spool will move back and forth by some ten degrees if that part is missing.
Part 5 also makes some problems sometimes. To disassemble, the handle pin must be removed. Then, the handle tightening screw can be fully screwed out and you get access to another circlip to hold the package together. Some polishing and re-greasing is always a good idea here. Especially behind the gearing as there is notches for the anti-reverse. I advise strongly not to turn out the hex pin of the anti reverse as there is a spring underneath and once gone in you have to disassemble whole package!!!

I asked Andy for some more detailed pictures but I guess I named the problematic spots already.