Do you know of a good traditional fishing tackle shop, past and present.
Post Reply
9 posts • Page 1 of 1

Just paid over a fiver for a paper envelope with a pink seal on the back - it says “Gowlander of London” and highlights fishing rods as their trade.

Never heard of this company myself, has anyone else?

Kind Regards
Phil.
The Watcher by the Bridge
Top

The acknowledgment of my order has arrived, and it seems that the vendor can’t make his mind up - it’s either Gowlanders or Gowlands, wonderful....
It also mentions that said company featured in trade directories in the 1850/1860s - let’s hope that it’s not 1950s!

Yours in total confusion

Phil
The Watcher by the Bridge
Top

Phil
The Watcher by the Bridge
Top

The Crooked Street in the City is now long gone but I found this on a Victorian London website I’ve used before and it makes me think your shop was on it:

“Victorian London - Districts - Streets - Crooked Lane
CROOKED LANE, CANNON STREET, CITY, "so called of the crooked windings thereof."* (*Stow, p.81). Part of the lane was taken down to make the approach to new London Bridge. It has long been, and is still, famous for its bird-cage and fishing-tackle shops.

The construction of the “new” London Bridge referred to began in 1824, so unless your envelope is that old, it looks like your shop was on the part of the street that survived. Though how long it survived is a moot point as most references I can see to it include St Michaels church which was demolished in 1821.

Phil
From "... the wilds of the Wirral, whose wayward people both God and good men have quite given up on ...".
Top

Gentlemen, many thanks, the picture becomes clearer. Some famous names there, Harry.

Kind Regards
Phil
The Watcher by the Bridge
Top 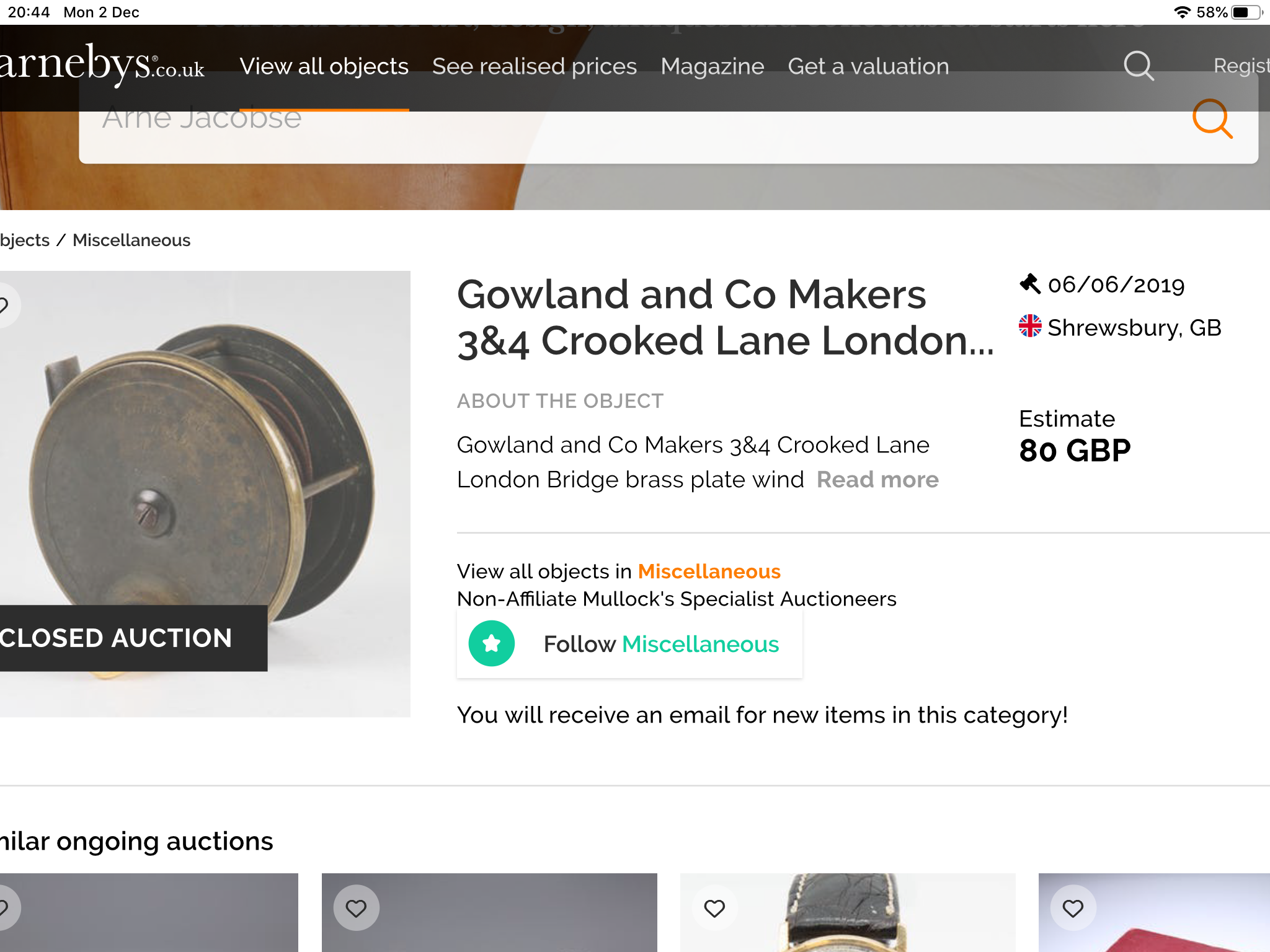 The Watcher by the Bridge
Top 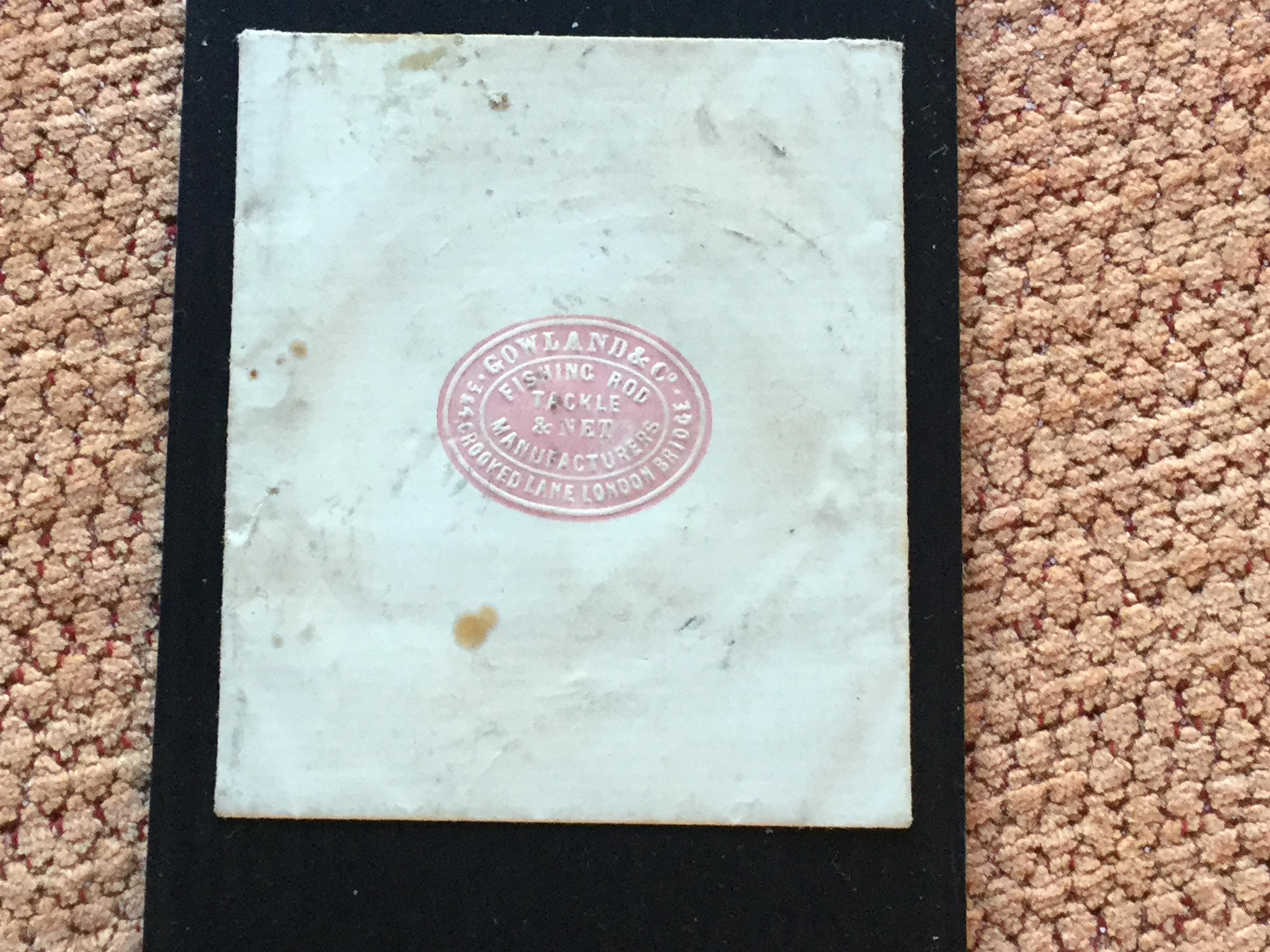 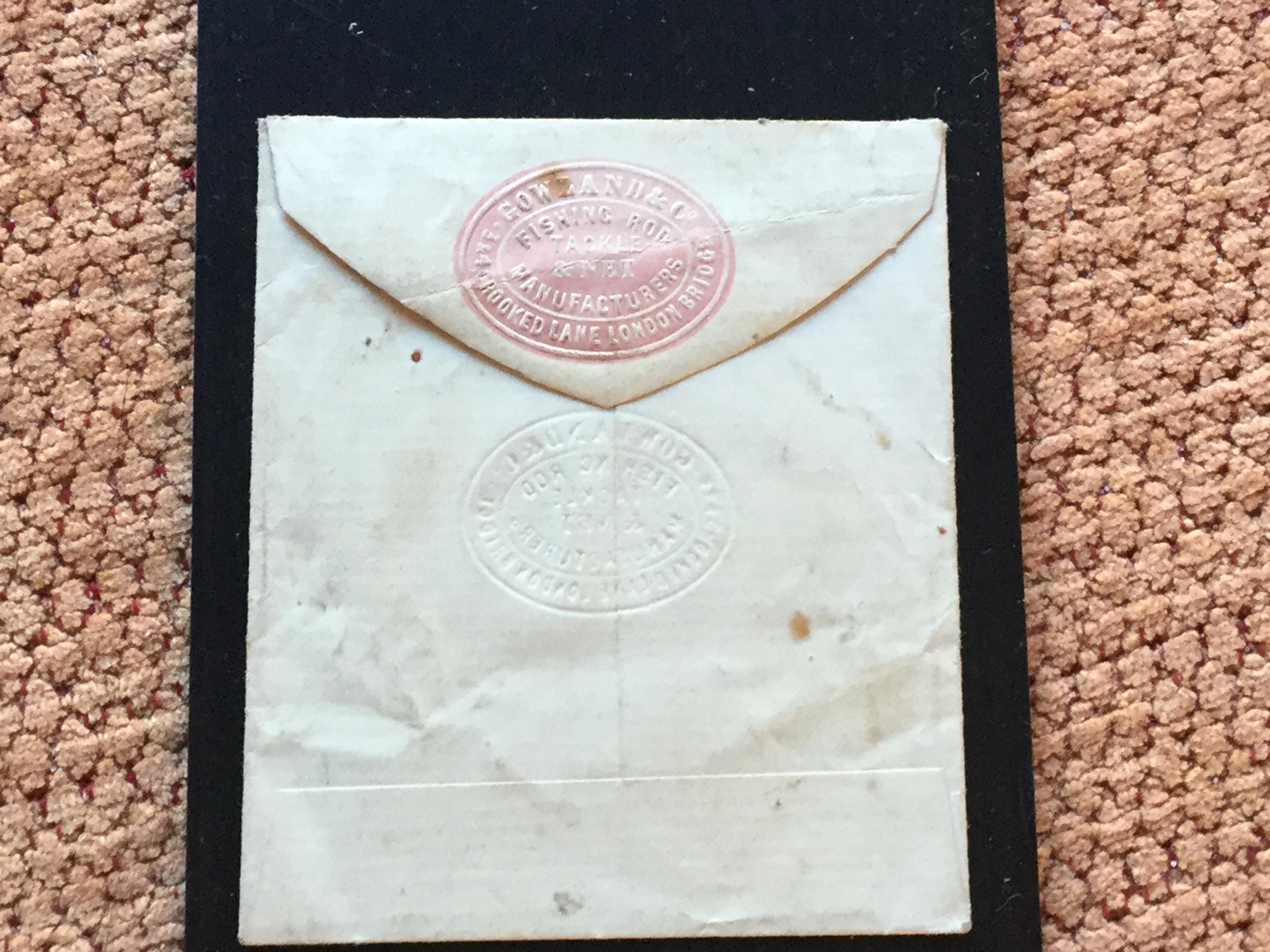 We don’t get many tackle envelopes with engraved cartouches these days, more’s the pity....
The Watcher by the Bridge
Top
Post Reply
9 posts • Page 1 of 1

Users browsing this forum: No registered users and 10 guests