The place you will find all those traditional terminal tackle items.
Post Reply
6 posts • Page 1 of 1

I have a"Spiroflex" patent Slotless Devon Minnow still attached to it's original card and in the original box though the cellophane window is missing.
I always thought it was made by Allcocks but have only just noticed that behind the treble hook is a trademark which is obviously not that company.
Can anyone identify the maker?
Apologies for the poor photos but I didn't want to remove the lure from the card
Also they are my wife's fingers holding the lure not mine.
Mike 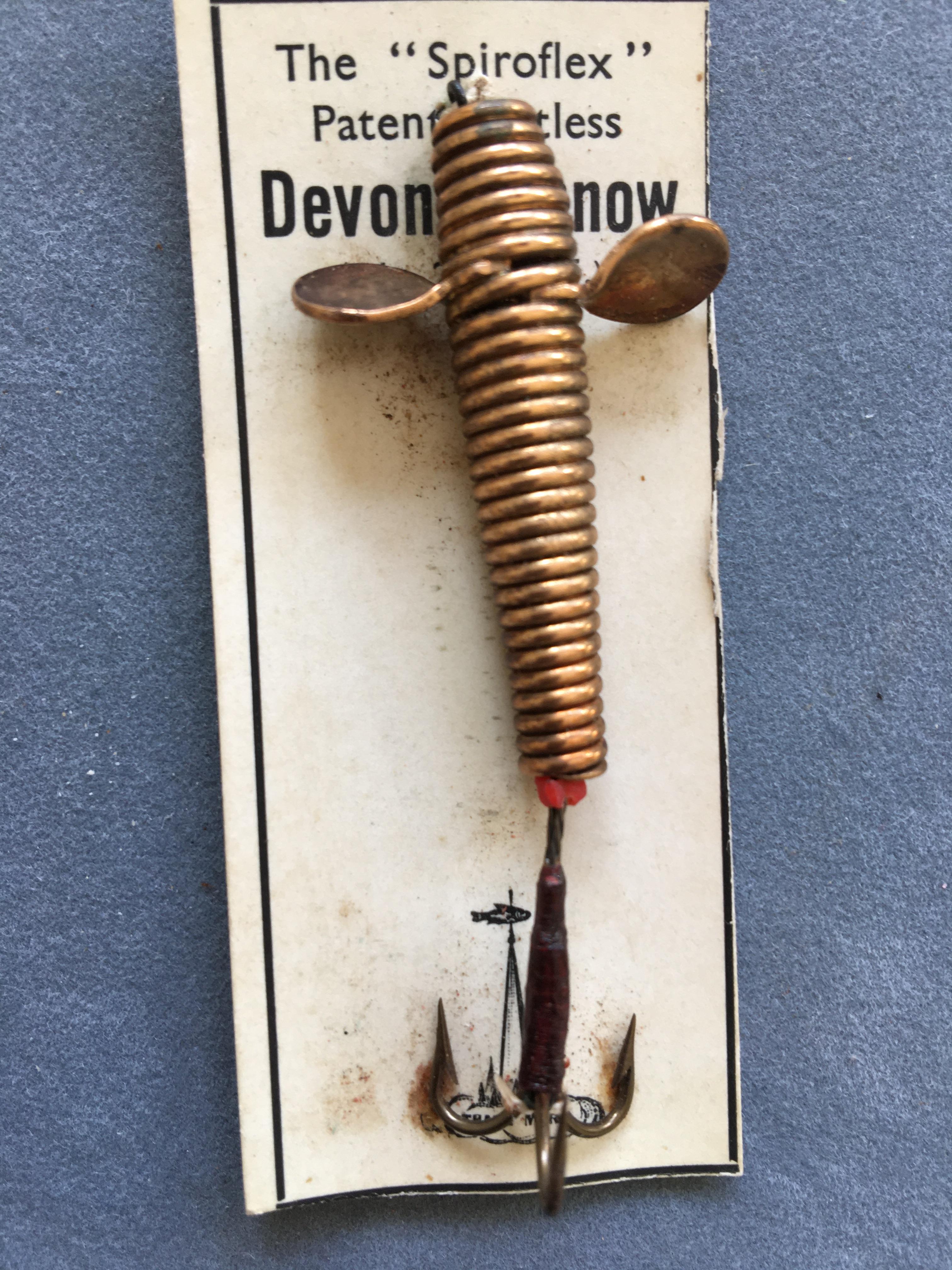 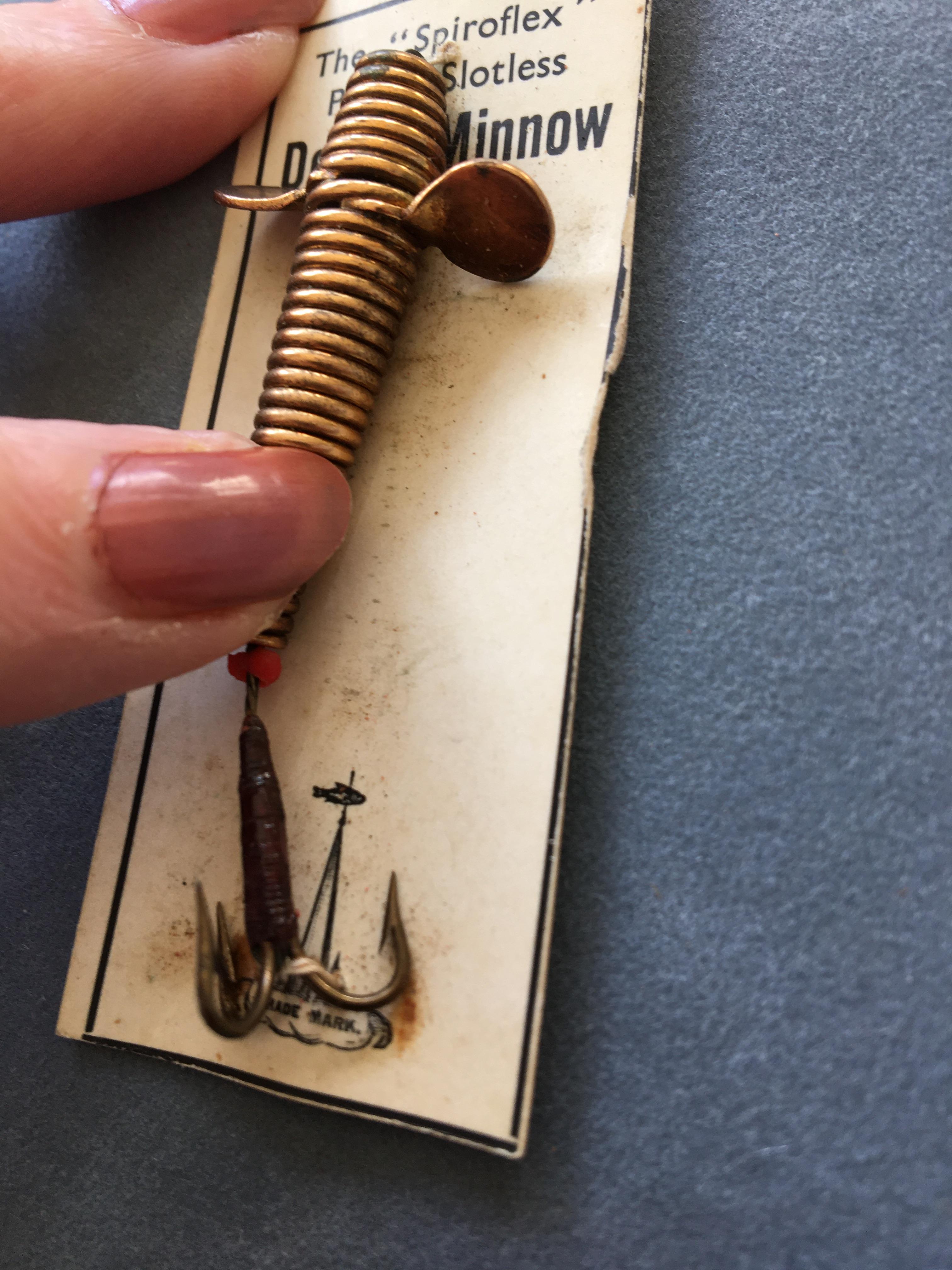 Hi Olly
I see where you are coming from but not convinced. I had a look at some Farlow's items on line but the logo is definitely different
unless they changed it
Thanks anyway
Mike
Top

Farlows is the suspended salmon!
Top 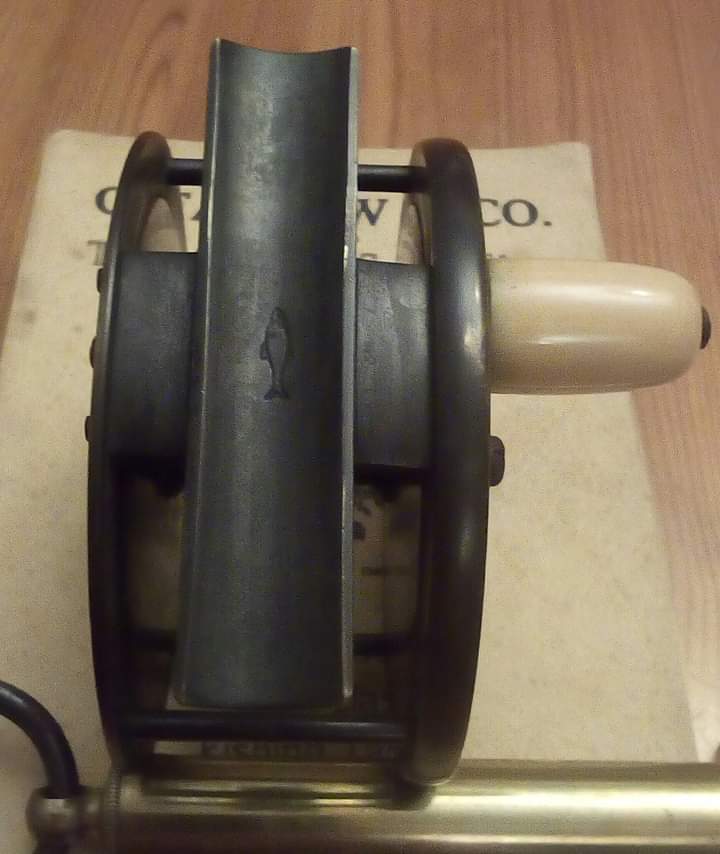 I've seen a fair few Farlow plate wind reels with the fish trademark stamped on the foot and with Farlow details engraved on them. As well these I've seen them with just fish stamped on the reel foot and with other maker/retailers details all be it not many and they all seem to be around 1880 -1910 period but what I've never seen is a Farlow patent lever reel with the fish trademark and considering that there were over 3000 of these reels made in this time scale you would have there trademark on them if it were the case.
I've also had a couple of 221Strand brass winches as well as early 191 Strand dating 1843-1870 none of these had the stamped fish trademark. 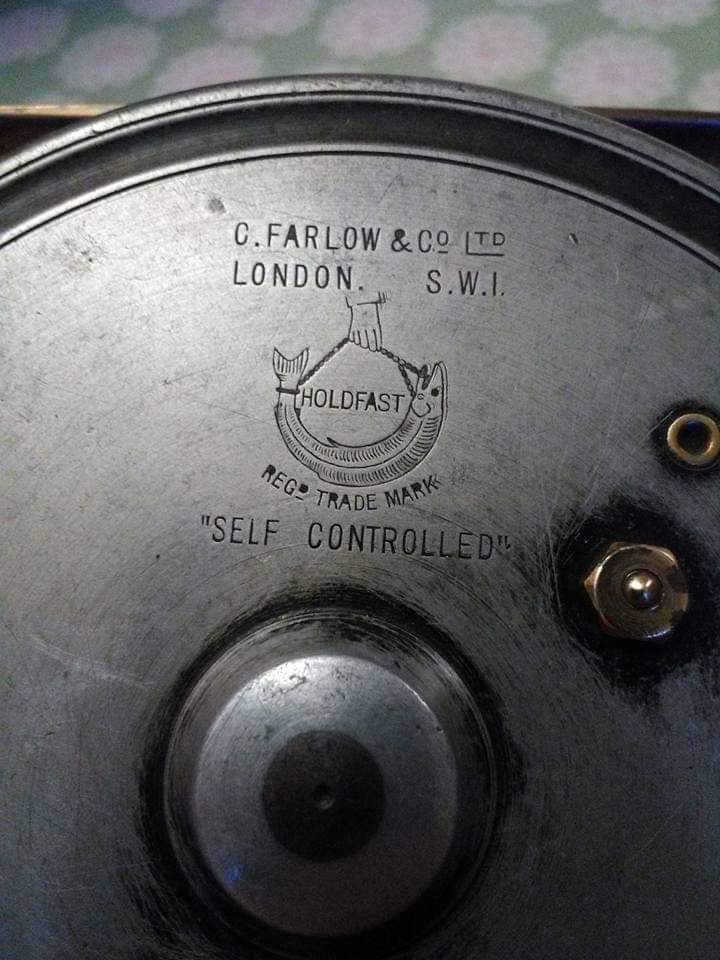 I've also seen this trademark which is definitely Farlow on a plate wind reels.
All just an opinion

There are three things that improve with age: wine, friendship and water sense, and there's no short cut.
Anthony Shepherdson
Top