Two French spools.Underneath the black spool is Mepps Baby Lux 1955.My little book of French Reels doesn't list a Baby Lux ? The alloy spool has ALUVAC 4157 underneath,but what make of reel ? Oh,and can somebody remind me of the best way to remove the 'white rust' deposits from the spool.I did see a 'how to' on the Forum but I can't remember where because I'm 66.

Maybe the black spool is from a Mepps Baby Vamp? I've got one kicking around somewhere but can't find it at the moment but if I do I'll post a picture of the spool.
What do they know of fishing who know only one fish and one way to fish for him?
- Jack Hargreaves.
Top

Coral Maestro wrote: ↑Fri Aug 05, 2022 9:22 pm Maybe the black spool is from a Mepps Baby Vamp? I've got one kicking around somewhere but can't find it at the moment but if I do I'll post a picture of the spool.

Ah RB, the black spool is interesting.
Here is a picture of my spool of the Baby Vamp which looks a bit different.
It is likely that there were more variants of the spool. 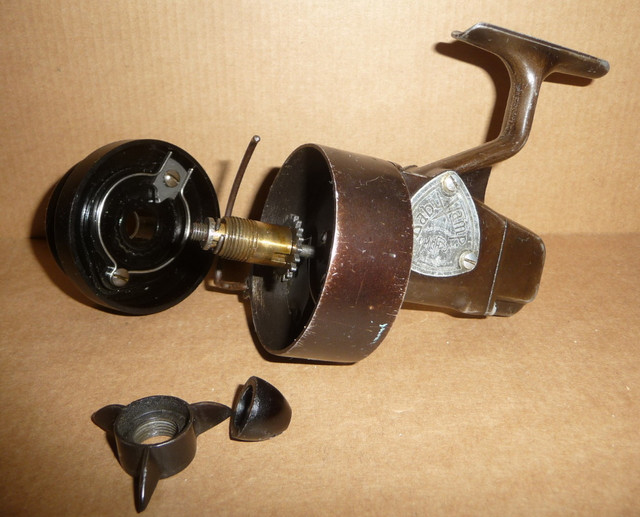 I have such a black spool on a reel called "Garant", but without a label.
I know the "Garant" was sold in Germany in 1949 by a company called "Blesch + Hettich". Blesch + Hettich was then a German watch factory. I had suspected that the roll was not made by "Blesch + Hettich" but only sold.
Your spool is another indication that the manufacturer "Mepps" could be.

Here are a few pictures of the "Garant" fishing reel. 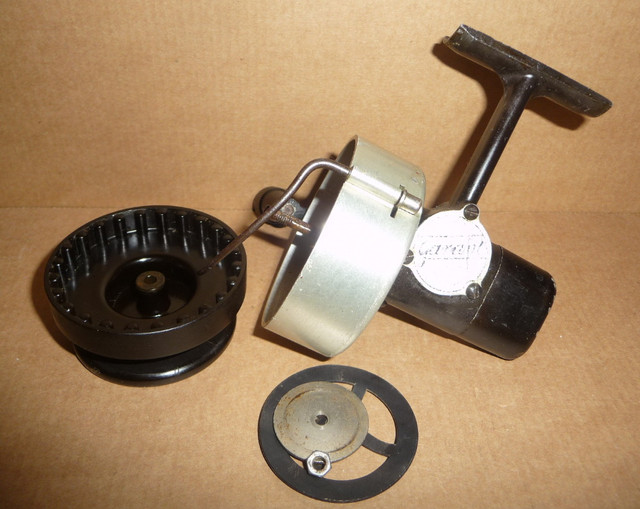 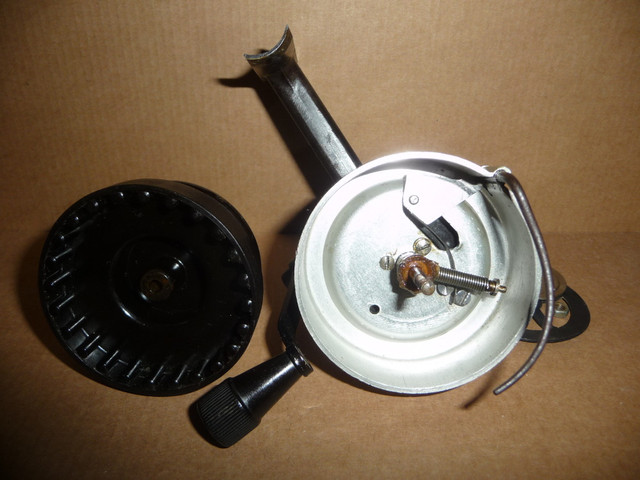 Fredline, do you have any additional data on "Garant"? Thank you.
I know: it was only sold briefly in 1949, it cost 45.00 DM at the time, is very similar to the "Mepps Baby Vamp" in terms of gearing and other things.
Top

I have such a kind of Aluvac spool on the Pezon & Michell Luxor Supreme. 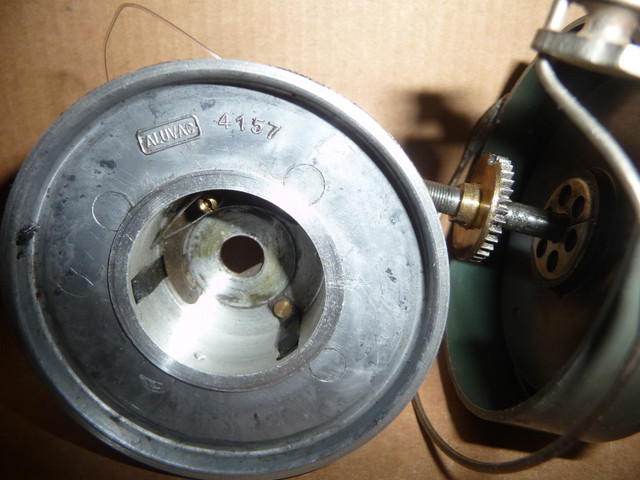 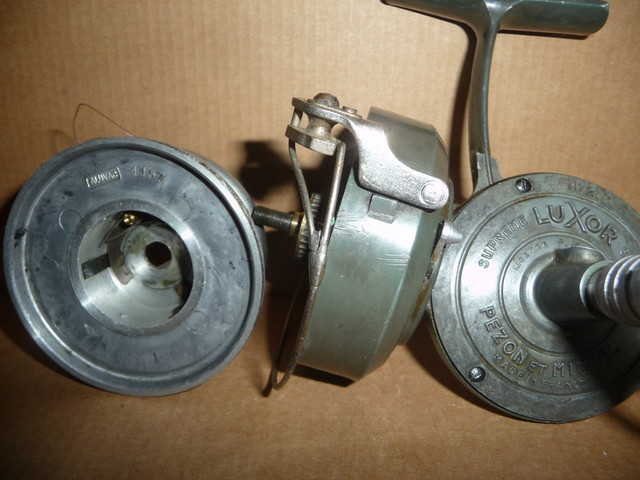 Many thanks to you all for the superb pics and fantastic info.Postman delivered a Centaure reel yesterday.I'll do some pics.
Top
Post Reply
6 posts • Page 1 of 1

Return to “Other Reels”