This forum is for discussing Allcocks Anglers Guides from the 1960's.
Post Reply
2 posts • Page 1 of 1

These pages also list the reason for dating them as they were by referring to the page on which the proof was found, so far it's proved spot on! 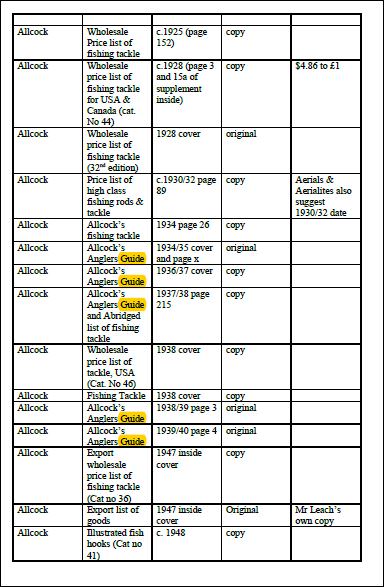 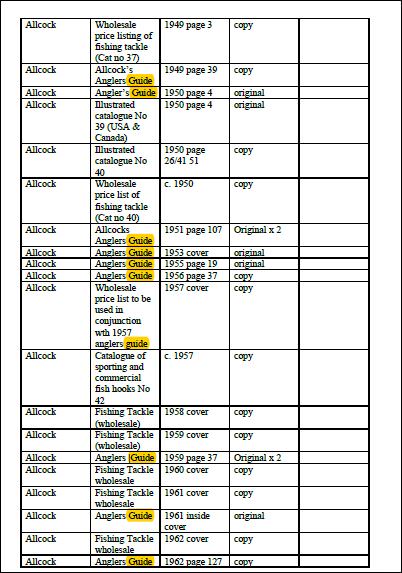 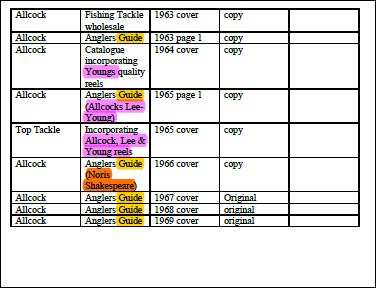 It is unusual, but on the whole these publications do not list the year of printing. Just occasionally it's on the front cover such as the 1953 Coronation edition. Lots of family/company history in that one and great photos of staff too!
Often they appeared every two years so sometimes get referred to as " 1955-'56" for example.


My thanks to Stathamender for getting these into a visible format from a Word document.......I couldn't have done it without you Iain!
}<)))'> Nobby

You'll notice there isn't a 1964 Guide. I had thought for years that there might be, but I suspect it was a confusion over the trade catalogue of '64.

This is an important year because Allcock joined up with JW Young, who had made so many of their reels for them, at the suggestion of Ted Young when he was re-financing his firm ( yet again it turns out!) with Leonard Matchan, the business magnate.

They heard about this over at Lee Products, thought they might get squeezed out of the market and they asked to join in too.

And so was formed Top Tackle, the joint efforts of Allcock, JW Young and Lee, which you will see listed as the 1965 publication, this is still an Allcock Angler's Guide, though the page above doesn't show it as such.

1966 Guide and it's Noris Shakespeare! Matchan had sold the lot of them down the river by flogging them all to the boys from Kalamazoo.

There's a more detailed history on my blog here: