I will do a post for you later gents covering all the reels and show you some pictures to help identify them.

Thank you very much - that will be most helpful!
Top

OK so first off the Abu Cardinal 33 is still huge in Japan, its why there are so many copies of them, even today the have IOS company who makes specialist custom parts for the 33 reels, you can also add to that the 44 because two reels that make up the Japanese market is a 33 and 44.

I guess small hands and thin fingers the smaller the reel the better for them, they really are addicted to them, they even fake/copy the boxes.
One way of looking for a dodgy box is the small circle with a number 1 in it, this was part of Abu's way of putting tackle together having certain reels and rods numbered, the 44 will have a 2 in a circle and the 66 have a 3, im sure many of you may of seen the graph inside a tight lines catalog.

Moving on to serial numbers, any serial number that flows with the words Product Of Sweden Is going to be a genuine Abu reel ACCEPT for one which has Product Of Sweden then the serial number upside down next to it, these reels were made in Japan when a certain person called Simon Shimomura got hold of the old molds to make them with, they were made in the 1990 and again in 2004, dont get me wrong but the CDL gold was made by Abu in 1990 to but the Japs as usual copied it again in 2004.

So with the 33, it was made from 1974-77 serial number needs to be in line with writings product of sweden like below, should it read 1974 on it your a very lucky man

A very desirable reel. It was made for just 7 short months and the last one is dated 750100, January 75 was the last of the 1st version reels so sought after. Has the tear drop bail and the sleek drag knob like shown below. Many internal parts are different to.

Here you see the second version serial number and this went on till 1977. So what we dont want to see is any upside down serial number reading 760301, all the copies they did were numbered with this specific number and that goes for the 44 too. We also dont want to see any involvement from Garcia, they never linked up with Abu until 1981 by which time the 33 was finished, the reel had become the cardinal 3 and had a tan and black color to it, in the States they carried on with the green and cream color but slowly it was coming to an end under the name of the Zebco 3 in 1981

One of the other things to look for is the drag Knob on the rear of the reel, below you can see the lovely sleek lines of an early one and on the left hand side the rather hideous cut one with raised numbers on it. Just to let you know a safe bet is the Zebco 3 from America, identical reel just a different badge, they old Japanese never copied them. I will add more as time permits, been a busy day

Thanks Martin, I wondered where all the "new old stock" parts were coming from. There have been a lot of ABU Suveran parts too, enough to make hundreds of complete reels, are these all counterfeit too.

Wal my friend, nice to talk mate, the Suveran parts you see on the bay of evil by the box load are legit as is the seller, I dont think there is enough time in his life to sell them though

There is loads to add about the copy reels and many different colors and shapes but they are all just Cardinal 3 reels now. I will add more in the week.

Right now the Japanese are fixated on handles for them, made from all-sorts of materials, even cork I mite add. specialist parts like axles at £60 a pop and cheap shiny spools made from Aluminium at another £40 a go, add to this ceramic bearings and chrome paintwork its incredible what they get up too out there to hot rod a fishing reel, I thought the Americans liked a hot rod reel but boy some of the stuff I see daily coming from japan is quite something, if I get a chance and permission I will use some of a friends pictures.
" It is a sinister place yet powerfully fascinating"

Thanks Martin, looking forward to seeing the customised reels. "Pimp my Winch"

With my silken line and delicate hook, I wander in a myriad of ripples and find freedom.
Li Yu
Top 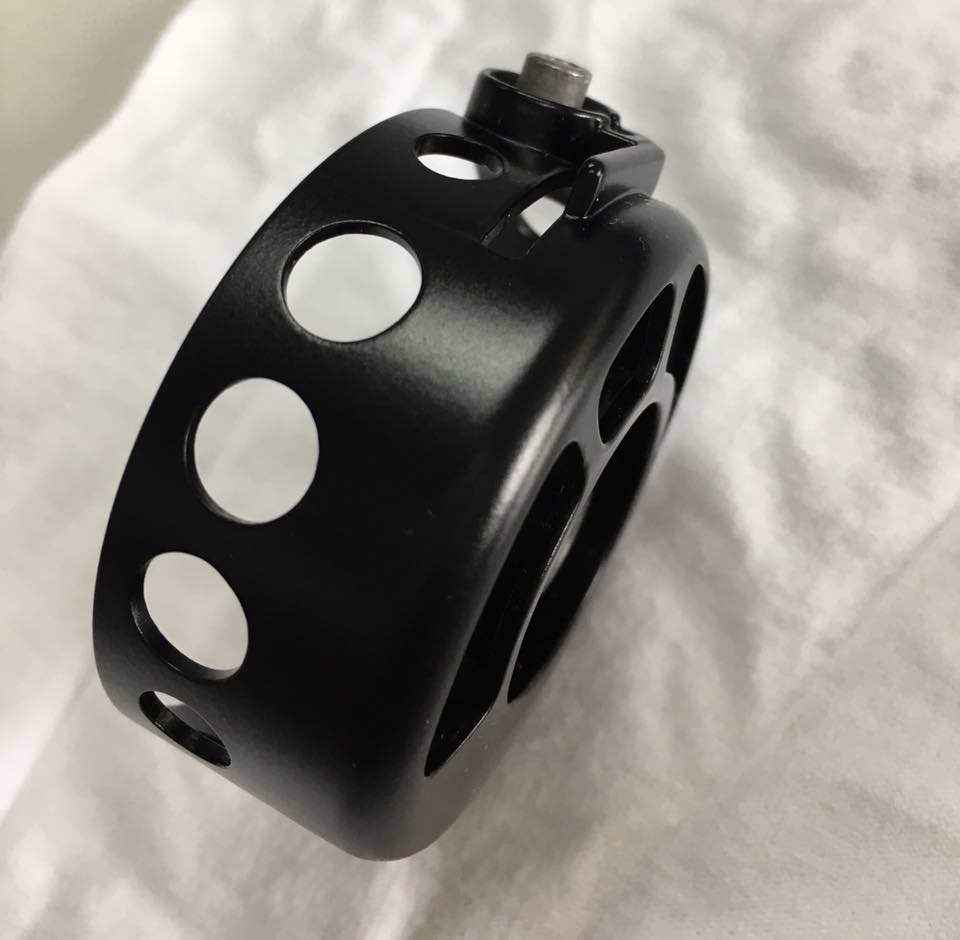 This is part of another obsession, color, have to say they do do it well but really, looks like you should wear it not fish with it 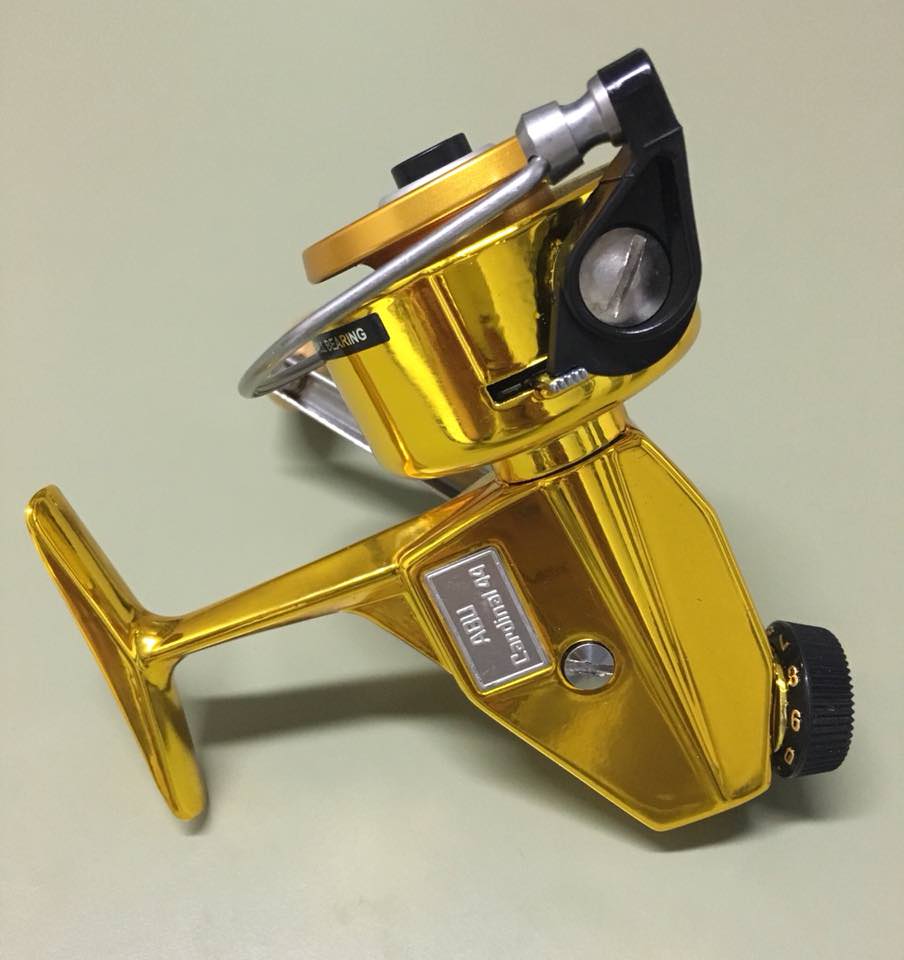 Another obsession is weight 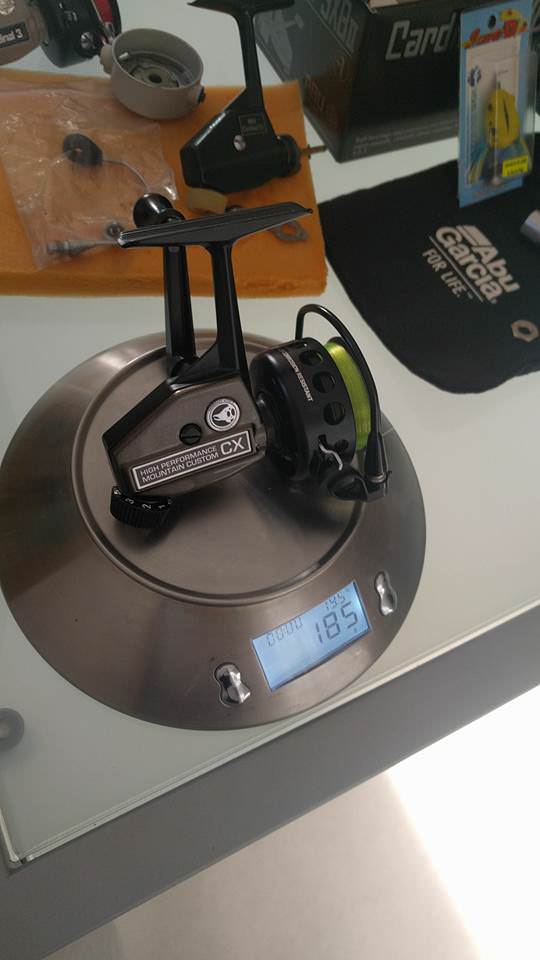 Then finally pimping the handles 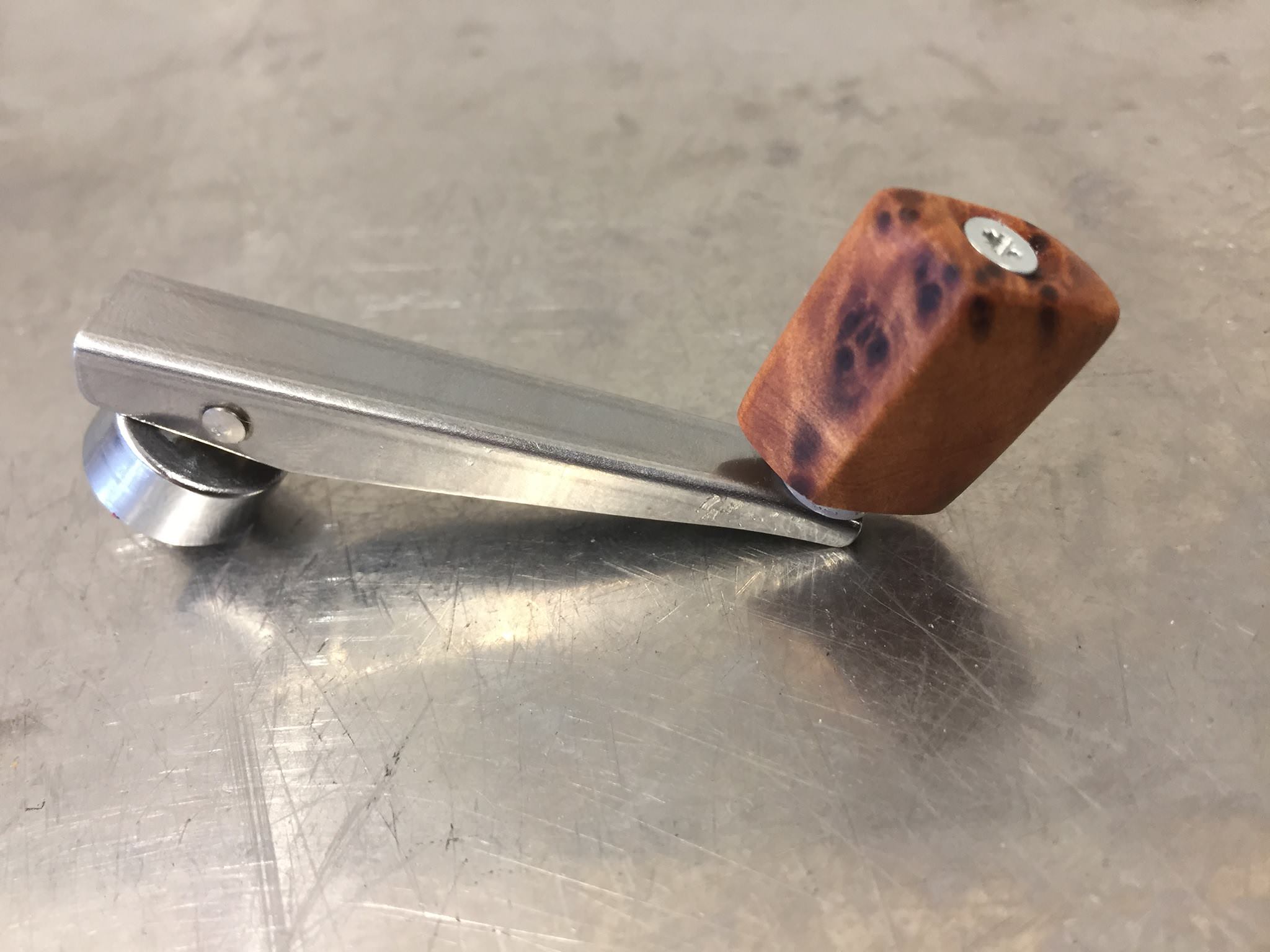 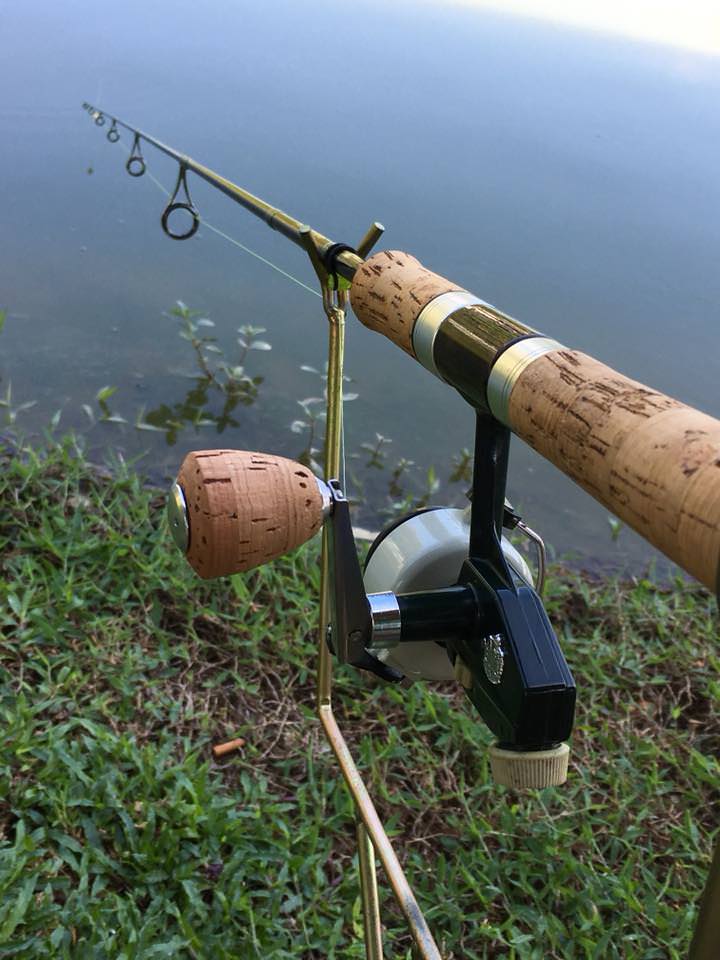 I some how dont see it catching on over here but you never know, ok back to fakes

One other thing to look for is a sticker normally placed on the rear of the reels cover plate, it will read OS which is part of the IOS company who make the parts, there is also custom parts like the hideously over priced axle £60 a throw 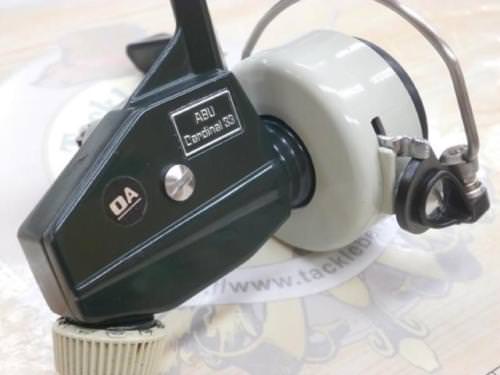 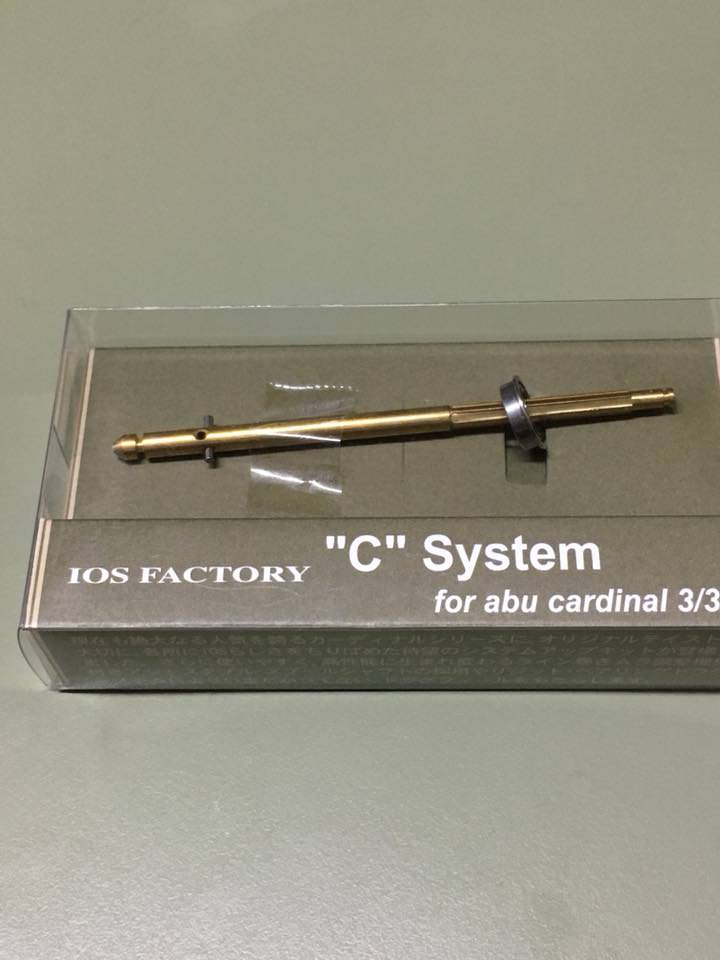 Any reels you see like the 33X OR 3X OR Cardinal 3BP just to name a few are copies of the original, so if your looking for a genuine reel first thing to look for is that drag knob, then the 760301 serial number and any sticker with OS on it or any reference to Garcia.

One of my daft questions again.
Abu Cardinals. Perennial of the best reel for? questions on any fishing forums. And the usual reason. The superb clutch.
How? And why isn't it available on modern reels?

All the best.
Top

There is currently a big market in "pimp" your fishing tackle - especially reels and bobbins!
Top
Post Reply
31 posts